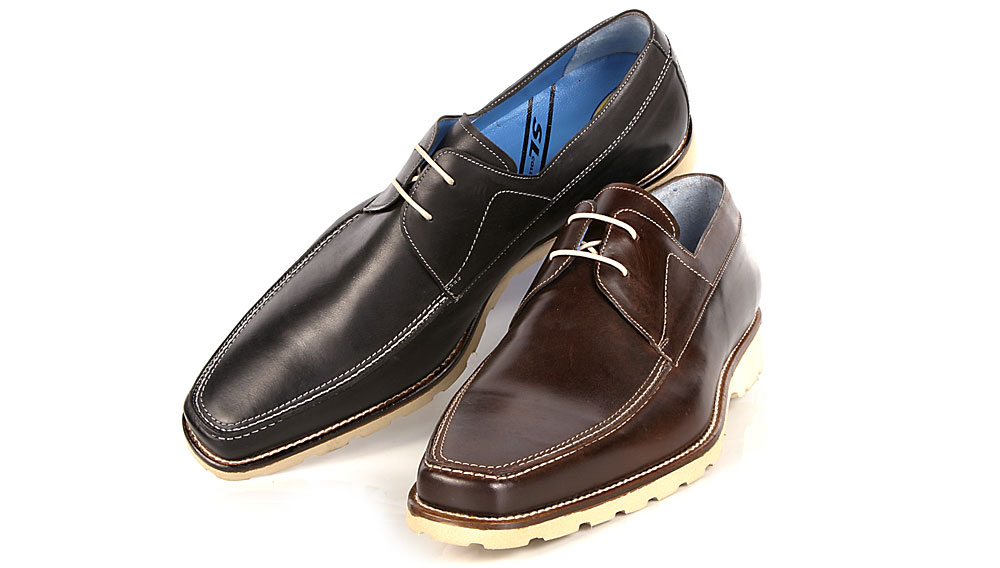 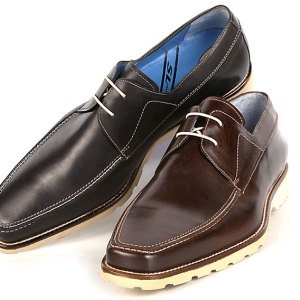 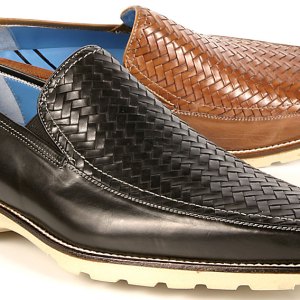 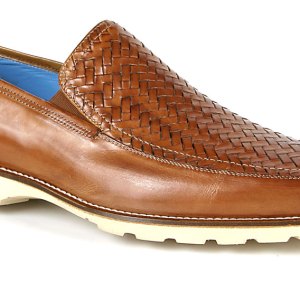 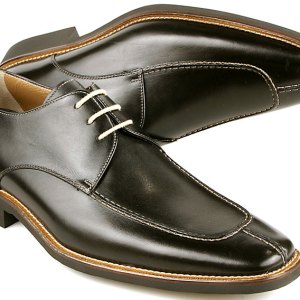 Technology has always been the calling card of California-based shoemaker Michael Toschi, who launched his signature brand of men’s dress and casual footwear in 1998 with the idea of integrating many of the fit and comfort innovations he helped develop throughout his 25 years as a consultant to the sneaker and boot businesses. To that end, most of Toschi’s shoes incorporate the designer’s proprietary Carbonlite Ionet Suspension, or CIS, that is essentially a chunky curved rubber sole hollowed out in the middle. The three-dimensional sole—as opposed to a standard flat sole used by most comfort shoemakers—incorporates strategically placed interior columns and suspension pillars that move with, and cushion, the bones and ligaments in the foot. More recently the designer introduced what he calls a Natural Ergonomic Standing Table, or NEST, which is actually a removable contoured foot-bed liner specifically designed to bring greater comfort and support to driving loafers, moccasins, and other casual shoes with thin, low-profile soles. Toschi also offers a by-invitation-only bespoke service he calls Vecchia Mano, Italian for “old hand,” in which every shoe is handmade in Italy from your choice of silhouettes and skins.

Michael Toschi was once a member of the Advanced Concepts Team at Reebok, which helped develop the company’s built-in air-pump system—an inspiration from World War II flight suits that kept blood from pooling under G-force conditions.