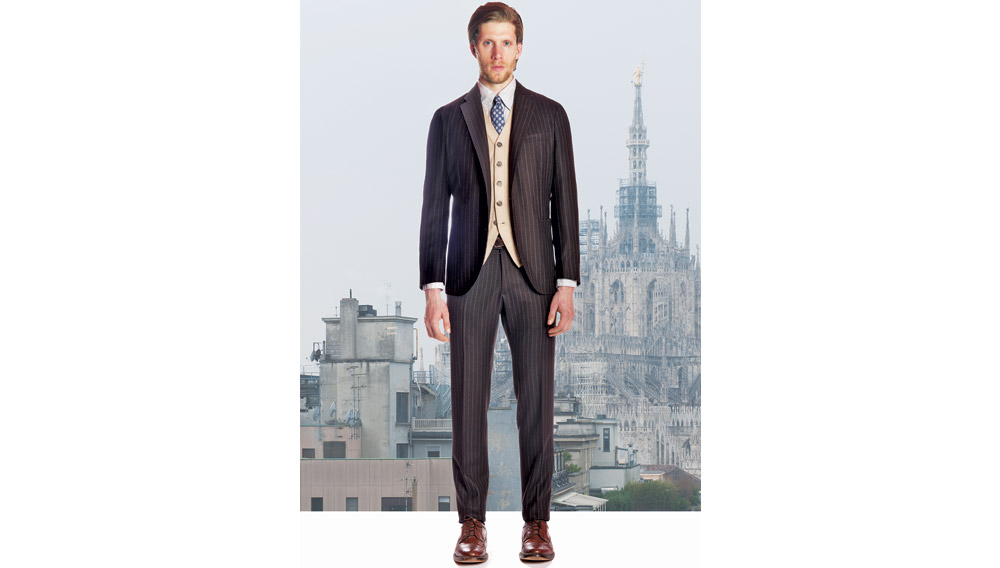 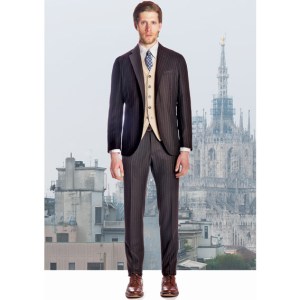 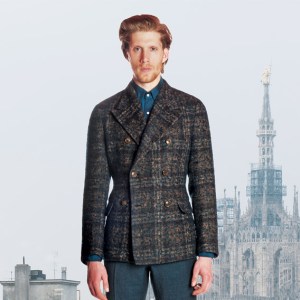 Boglioli offers a fresh take on Italian fashion from the 1960s.

Effortless style—the ability to wear a fitted suit and a perfectly placed pocket square as comfortably as if they were gym clothes—is so integral a part of the Italian ethos that the language contains a specific word to denote it: sprezzatura, the art of nonchalance, of making the difficult appear easy. Although the term originated in the early 16th century, when Baldassare Castiglione penned The Courtier, its application to the Italian flair for elegant attire dates to the postwar era, when fresh forms and a streamlined aesthetic informed design in every discipline, from architecture to furniture to fashion. In the 1960s, the sartorial epicenter of this creative groundswell was Milan, where trendsetting designers assembled layers of color and subtle patterns and textures in impeccably smart combinations. “It was a period of discovery in Italy,” says Jay Vosoghi, design director for Boglioli, the venerable firm that has been tailoring clothing in its workshops in Brescia (60 miles east of Milan) since the early 1900s. “People were traveling, mixing new ideas and new proportions, and a sort of anarchy or bohemian style emerged.”

Sprezzatura certainly permeates Vosoghi’s first collection for Boglioli. Yet he is quick to point out that, although he adapted midcentury moods and prints for his designs, the clothes remain contemporary. In addition to employing traditional wool, cashmere, and cotton fabrics that are treated to yield softer textures, deeper colors, and greater functionality, he gives the garments more fluid, relaxed outlines. “The silhouettes are close to the body,” he says, “but not aggressively fitted.”

The Iranian-born designer has also enlivened Boglioli’s offerings with a number of novelties, such as a wool jacket patterned after a Navajo blanket; classic suits made of yarn-dyed, lightweight flannel bearing a Prince of Wales windowpane print; and a sport coat in honeycomb wool that has the appearance of knitwear. Among Vosoghi’s favorite pieces is a simple navy pashmina tuxedo inspired by a French dinner suit from the 1930s that he purchased in Paris. “Everything about the garment was difficult and challenging,” he observes, “but in the end, the simplicity of the cut is what makes it beautiful.”

Vosoghi’s deep appreciation and affinity for Italian style and craft are evident in his attention to detail, innovative fabric treatments, acute eye for prints and trims, and simple, supple lines. “The Italians, young and old,” he says, “have an innate sense of artisanship when it comes to how things are made, and that is truly inspirational.”