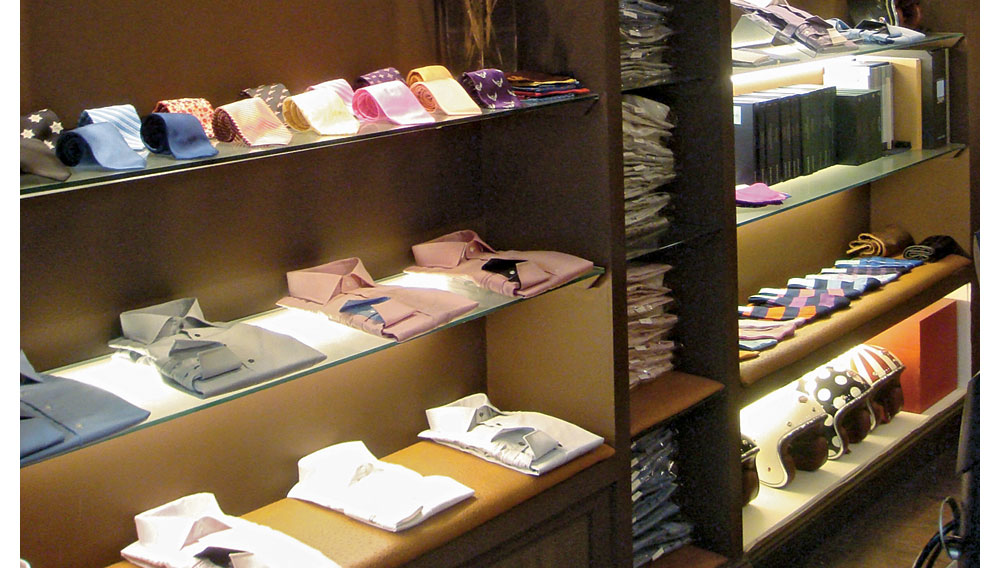 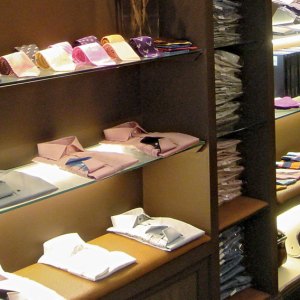 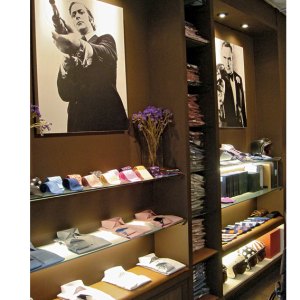 Those familiar with the Duncan Quinn (www​.duncanquinn.com) boutiques in Los Angeles and Miami will find the Londoner’s Manhattan digs to be quite a departure. Operating out of a 250-square-foot storefront only a stone’s throw from Little Italy, Quinn conducts business here with less pomp and circumstance than is typical for his other locations. But don’t be fooled. What may appear to be an unassuming custom clothier’s shop on Spring Street is—like Quinn’s other boutiques—a gateway to exclusive and lavish experiences. As an example, Quinn points to private wine dinners prepared by world-class chefs and accented by never-released varietals from noteworthy winemakers, such as Sean Thackrey and Krug. “Most of the things we do outside of making fantastic menswear are simply expressions of things we love getting involved with,” Quinn says of the concierge-driven services that he offers his clientele. “They are things that I enjoy and, as it turns out, a lot of the characters who come to us for their sartorial needs also enjoy the same stuff.”

When it comes to the fashion designer’s clothing, what the Manhattan boutique offers is no different than what can be found in L.A. or Miami. The cloth used for suits and ties is sourced from some of the most established mills throughout Great Britain, while the articles themselves are cut, stitched, and finished by hand in New York. Communication between Quinn and his clients is crucial, he says, and almost any request can be met. As evidence, he points to a Guanashina suit made through a partnership with Dormeuil. The suit, which retails for about $28,000, is constructed from guanaco, pashmina, and baby cashmere—materials often found in royal robes. But that’s just one lavish example. “Everything is a question of time and means,” Quinn says. “If you have the right combination of both, we can probably make it happen.”