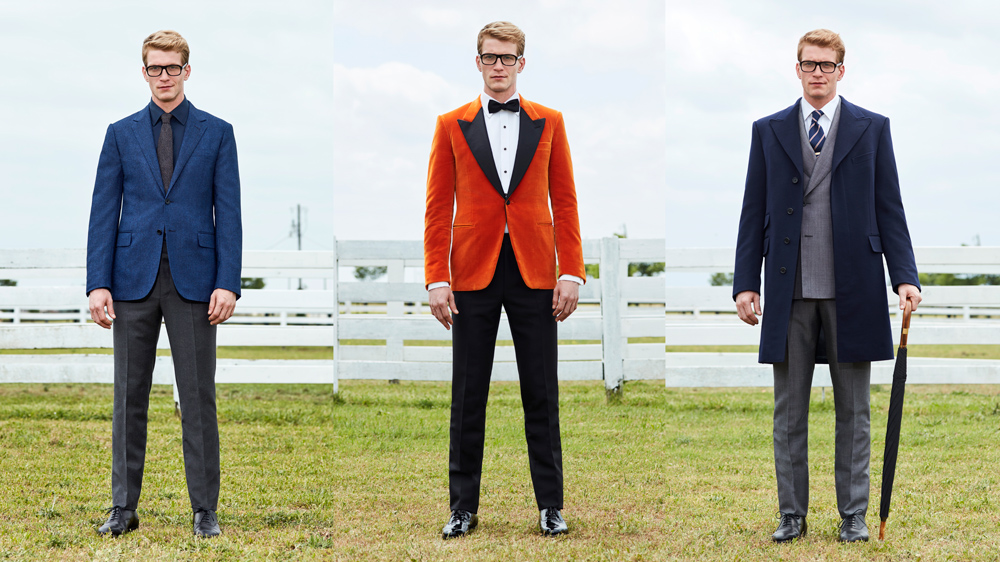 The image of a suave, sharply suited spy is not new in our cultural—or sartorial—lexicon. After all, film franchises like James Bond have popularized the idea of a perennially well-dressed secret agent since 1962. The 2015 film Kingsman: The Secret Service capitalized on this idea, centering its raucous and slightly absurd plot around a set of spies united by their uniform of immaculately tailored Savile Row suits.

Since its initial launch of suits and sharp accessories—often exact matches to the ones worn by the film’s characters—crafted by brands like Turnbull & Asser, Drake’s, George Cleverley, and Cutler & Gross, Kingsman has become one of Mr Porter’s top-selling brands, holding its own alongside luxury houses like Ermenegildo Zegna and Tom Ford.

To time with this month’s release of Kingsman: The Golden Circle (in theaters Sept. 22)—which follows the original Kingsman cast as they encounter their rough-and-tumble American counterparts, aptly named Statesmen—Mr Porter has revamped the collection to incorporate the laid-back Western style of the franchise’s latest characters. Now, brilliantly orange velvet smoking jackets ($1,995) and demure double-breasted suits (from $1,595) are offset by rugged denim ($295), thick suede and shearling ($2,495), and utilitarian cowboy boots ($650) and hats.

Mr Porter worked alongside Matthew Vaughn and the film’s costume designer, Arianne Philipps, from the film’s inception to ensure that the pieces of the latest collection exactly match the costumes worn by the likes of Colin Firth, Jeff Bridges, Channing Tatum, and Taron Egerton throughout the film. They also tapped a whole host of new brands to bring the Statesmen’s Americana-inspired sportswear to life—from New York City’s Jeans Shop for denim, Adidas for laid-back sneakers, and Stetson for classically crafted cowboy hats.

The latest Kingsman collection will be available on MrPorter.com starting September 7.