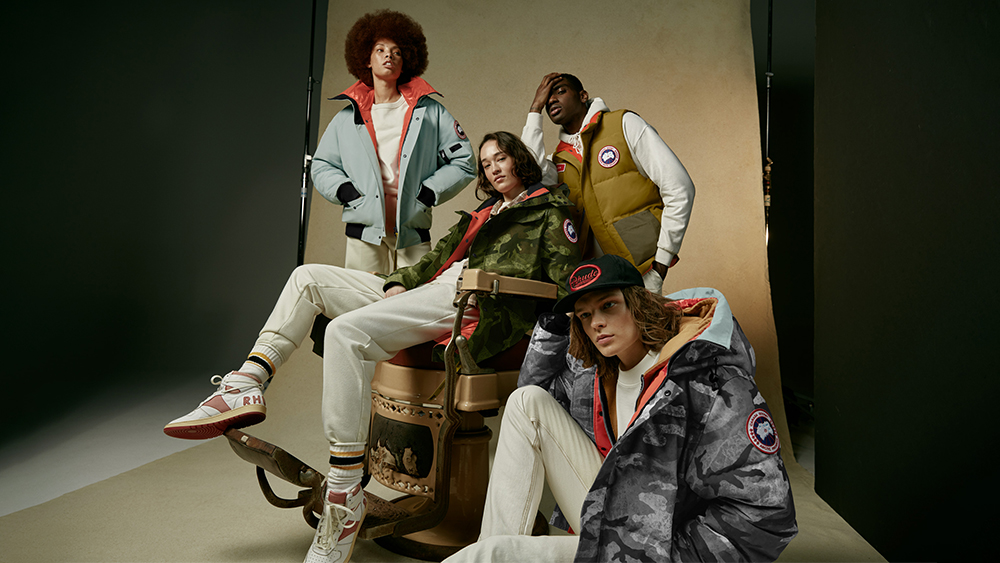 After a year without runways or red carpets, basketball’s tunnel walks can still be relied on for a dose of fashion showmanship. And when LeBron James, Steph Curry and the rest of the NBA All-Star team make their entrance for Sunday’s game, it will be something of a fashion show in the traditional sense: The players will be sporting pieces from the new collaboration between the NBA, Canada Goose and L.A.-based brand Rhude.

This marks the debut of a multi-year partnership between the outwear titan and NBA All-Star, with a different designer taking the creative reins each year. Rhude founder Rhuigi Villaseñor, known for his luxurious takes on laid-back SoCal staples, is a fitting choice to kick things off. Not only does Villaseñor’s fan base include the likes of LeBron, Dwayne Wade and Kevin Durant, but the feeling is very much mutual.

A lifelong basketball enthusiast (and proud Lakers fan), Villaseñor credits the sport for teaching him English after emigrating to L.A. from the Philippines when he was nine-years-old. “I watched Kobe’s post-game interviews and mimicked the way he spoke,” the designer recalls in an interview with Robb Report. “The swagger, the eloquence, the way he spoke with purpose. It helped me understand the power of influence and language.”

No doubt, it also taught him the power of style. Villaseñor says he’s continually influenced by the purposeful utility of basketball gear: “Their designs are all derivative of things that are functional to propel the athlete. More than just the silhouettes, I admire the science.” Those engineering details became especially key when designing the four-piece Canada Goose collection.

Villaseñor may be fluent in basketball, but heavy-duty outerwear is somewhat foreign to the Californian. After doing a deep dive into technical textiles, as well as the Canada Goose archives, he came up with a range of pieces that offer something for climates from Calabasas to Saskatchewan.

“When I was designing, I put the temperature in the office super cold,” Villaseñor tells us. “That’s how I get in the zone: I can’t create outerwear if I don’t know how it feels to wear it in a cold environment.”

That exercise yielded the collection’s most insulating items, a mid-length parka and a vaguely 1970s bomber equipped with an exaggerated collar-cum-hood. On the lighter side, there’s a convertible length hooded trench coat and a sleek down-filled vest—the piece that’s been gifted to all of this year’s All-Stars. All available in a variety of nuanced shades, from a cool fog grey to a rich caramel to a distressed camo print, the collection offers swag and subtlety alike.

This limited-edition collaboration will be the one and only installment from Villaseñor, dropping at Canada Goose stores and on the brand’s website before the game on Sunday, March 7.