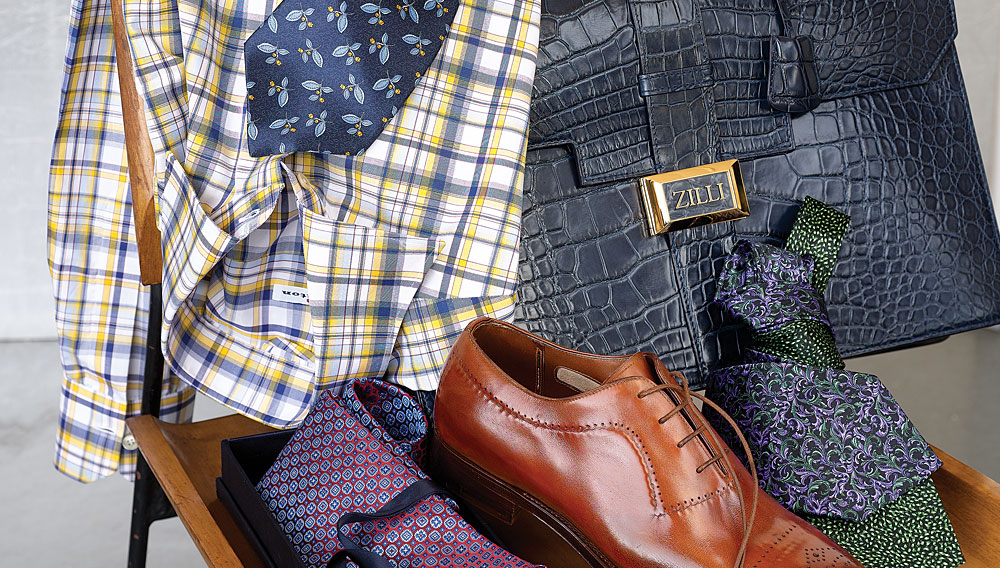 Italo Ferretti is considered one of Italy’s most fastidious tie makers, which is likely the reason that other prestige brands have relied upon its tie factory, located in Silvi Marina in the province of Teramo, to produce neckwear under their labels for decades. Now Italo Ferretti is designing and printing patterns in-house for its own label. The company also owns two patents for the construction of its signature ties: a miniature weight embedded inside the tie to ensure that it hangs straight, and a movable loop in back to hold it in place. The tie maker recently expanded its limited-edition G8 Summit collection—which was given to world leaders at the July 2009 meeting in Italy—making an additional 50 G8 ties available to consumers.