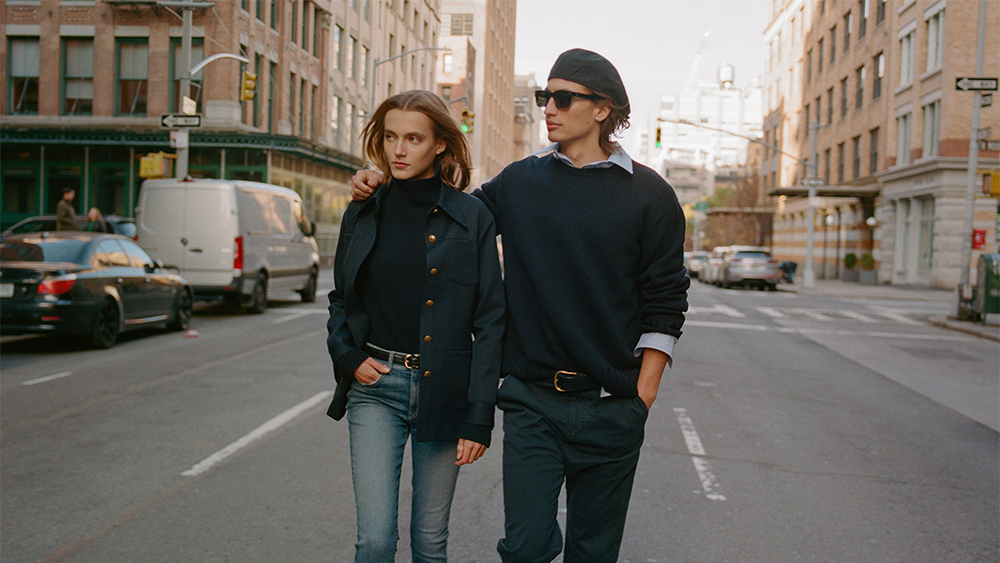 If the name Nili Lotan doesn’t ring any bells, try asking your significant other.

Calls for a menswear collection had been sounding for years, coming from the boyfriends and husbands of Lotan’s women customers. One of them—Vinoodh Matadin, half of the husband and wife photography duo Inez & Vinoodh—actually succeeded in getting Lotan to turn her attention to guys with a collaborative men’s range back in 2017. Beyond that one-off collection, Lotan says men have taken to shopping from her women’s line—particularly her Luna and Paris pants, which have something of a cult following.

While men shopping the ladies’ department might seem like a daring move, in Lotan’s case, it makes sense. Prior to starting her brand, she spent years designing menswear at Ralph Lauren and her approach (and aesthetic) has always borrowed heavily from the boys. She was preaching the gospel of a capsule wardrobe and buying fewer, better things well before the ideas turned up on TikTok. “It’s about dressing in comfort throughout the day,” Lotan tells Robb Report of her pragmatic design mantra. “And being able to have one wardrobe that serves [you] in all parts of your day.”

At a dinner party last year, Alison Loehnis, the president of Net-a-Porter and Mr Porter, expressed the demand among men for Lotan’s breed of finely crafted nonchalance. While brands like Brunello Cucinelli and Loro Piana share the same stylistic ethos, Lotan’s downtown sensibility and more earthbound prices (shirts and trousers average around $400, sweaters around $900) make her standout. As Lotan says, “It feels luxurious but, at the same time, it doesn’t feel pristine or too pretentious.”

The designer decided it was time to officially enter the menswear arena. “I realized, for quite a while, that there is a change happening in men’s,” Lotan says. “It’s coming out of streetwear and it’s coming out of suiting.” The in-between of those two poles—fashion-forward and timeless—is Lotan’s sweet spot.

The recently launched men’s collection began as all of Lotan’s do: pants first. The designer puts a great deal of time into developing her trousers to fit just so. “It’s so hard to find a pant that you feel is not only good looking but actually comfortable, has the perfect drape and the perfect curve,” she says of her emphasis on the bottom half. She’s tweaked the proportions on some of her women’s best-sellers, including roomy chinos in soft, garment-dyed cotton and streamlined wool dress trousers with an every-so-slightly dropped crotch—one of many details that give Lotan’s designs their X factor.

A look from the debut collection and, at right, pieces slated to be released in October.  Nili Lotan

The rest of the range follows suit with similarly versatile staples: jeans, a quarter-zip cashmere knit, a utility jacket, a trench coat. In the short time that the collection has been available, Lotan says that the leather jacket (a minimalist blouson with patch pockets) and button-up shirts (classic in washed cotton poplin) have emerged as best-sellers alongside the Luna and Carpenter pants. Everything, with the exception of knitwear and embroidery, is made in New York—an increasingly rare distinction—using fabrics sourced from Italy. And, unlike so many brands, Lotan’s core styles are offered in perpetuity—so that cut you love isn’t likely to disappear next season.

As a whole, Lotan’s menswear offers a one-stop shop for low-key refinement—a look that works on any guy in most any situation. “It’s very rare for a woman to design for men…it’s much more common the other way around,” Lotan observes. But this school of fuss-free chic transcends gender: “To me, men and women have the same needs. If [men] share the same aesthetic as my women, then it’s easy for me to dress them.” If this collection is any indication, we’ll gladly let Lotan dress us any day.