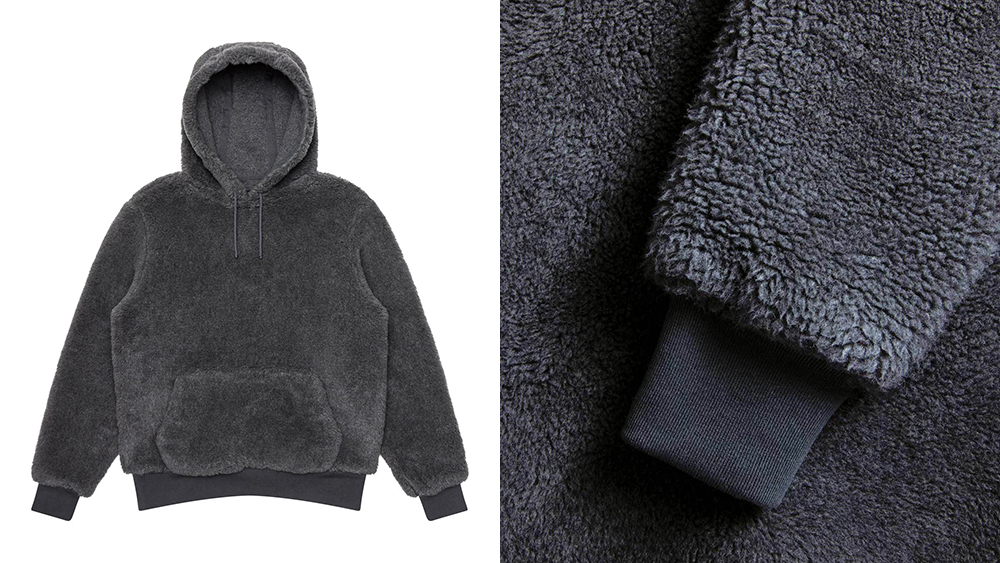 Everyone loves a good hooded sweatshirt. They’re equal parts casual and comfortable, serving as a near year-round piece that’s great for layering or wearing on their own. And because of their ubiquity, it’s hard to turn them into a ground for innovation. What’s left to do to such an important staple? At least, that’s what we thought until Noah introduced a hoodie that’s remarkable enough to call exceptional.

As with so many things in menswear, it all comes down to the material. This hoodie is crafted from a fluffy, deep-pile blend of 84 percent wool and 16 percent silk, developed by Loro Piana—a house Noah has been working with for quite some time now.

“I’ve been looking at seasonal collections with Loro Piana for many years,” Noah founder Brendon Babenzien told Robb Report in an email. “I always try to work something in from them [each season] because there really is no denying the quality of the clothes they make. I think the idea to make a hoodie was pretty instantaneous. We’ve done a heavy hoodie in beautiful fabrics for several seasons now. This was an obvious next step for us.”

Ultra-luxurious streetwear might be driving the conversation in high fashion, but it still has this cognitive dissonance that makes some traditionalists cock an eyebrow. But when you hold the finished product in your hand (and then put it on your back), it clicks. It’s like putting truffles on macaroni and cheese. Hoodies are a form of sartorial comfort food, so why wouldn’t you want to have a decadent version of one?

The texture is akin to the world’s plushiest teddy bear—only you get to completely drape yourself in it. But just because it’s so high-end doesn’t mean you should treat it with kid gloves.

“We think of it as just a hoodie like any other [garment]. Most of our higher-end fabrics are quite good looking, but they are also incredibly constructed, so we hope people just use them all the time and don’t think of them as special,” Babenzien says. “I’m hoping it just becomes part of their personal landscape.” It’s a fitting thought, because we’ve got a feeling you’ll never want to stop wearing it.