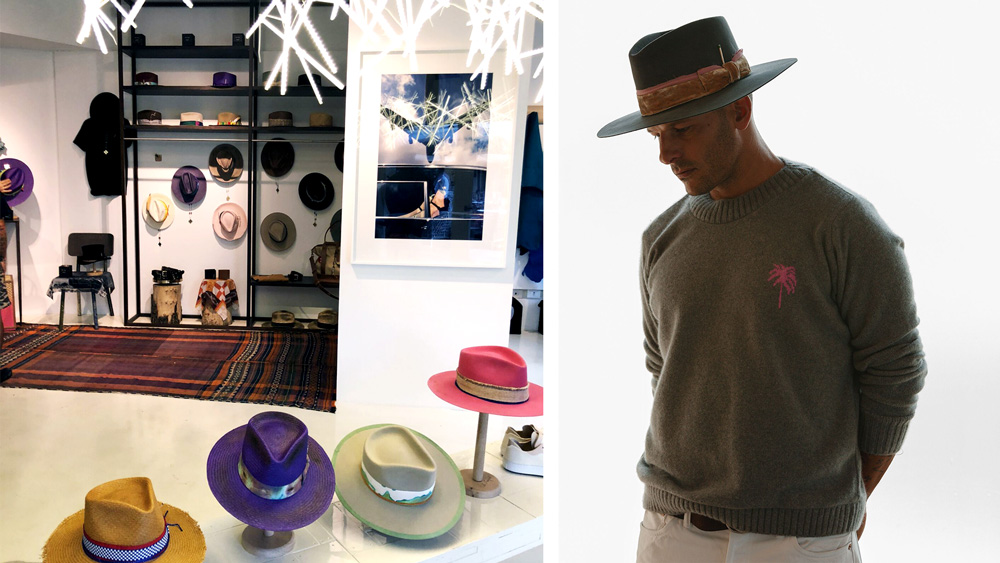 Porto Cervo, an impossibly picturesque resort town on the Northern coast of Sardinia, is no stranger to luxury—it was founded in the 1960s by Aga Khan as his own personal Mediterranean paradise. Ever since then, it and the surrounding Costa Smeralda area have been a favorite summer playground of the international elite, a place where oil barons and shipping magnates can dock their yachts and bask in the Sardinian sun. Eleven years ago, the developer Andrea Brugnoni seized upon Porto Cervo’s well-heeled demographic by establishing Promenade du Port, a tony retail mecca housing everything from Rolls-Royce to the cult-favorite gelateria La Pasqualina. And now, he’s upping the style quotient, landing Larusmiani’s first permanent boutique outside of Milan and opening Piccolo L.A., a pop-up shop featuring limited-edition wares from three of Los Angeles’ indie design stars: The Elder Statesman, Nick Fouquet, and No.One.

“I always envisaged Promenade du Port as an experience that was truly international while also being specific to Porto Cervo,” says Brugnoni. “This [pop-up] is a showcase of a really exciting scene in L.A. These are people doing things their way, in their city.” Just as laid-back as it is glamorous, Porto Cervo is a natural fit for these arbiters of SoCal chic. To celebrate their Mediterranean debut, the brands each designed a selection of exclusive products that are only available until the pop-up closes on July 28.

The Elder Statesman, best known for its haute bohemian knitwear, has created a collection of cashmere sweaters, socks, and blankets in Italianate shades ranging from limoncello to turquoise, as well as a series of cotton-cashmere tees printed with nautical flags (from $300). Maverick milliner Nick Fouquet’s artfully off-kilter hats have long been a staple of Venice Beach’s urban cowboys. And for Piccolo LA, Fouquet produced summery riffs on his signature chapeaux, such as a saffron-colored panama hat finished with frayed edges and a blue-and-white checkerboard trim (from $600).

Artisanal sneaker brand No.One makes every pair of its minimalist kicks by hand in LA (where it will also happily bring your bespoke dreams to life) and, for this occasion, took a more subdued route than its peers, employing leathers and technical canvases in a refined palette of whites, grays, and tans (from $575). They’re ideal deck shoes for yacht-hopping throughout Porto Cervo’s bay and for adding a bit of that enviable Italian ease to suits once your summer holiday has ended.