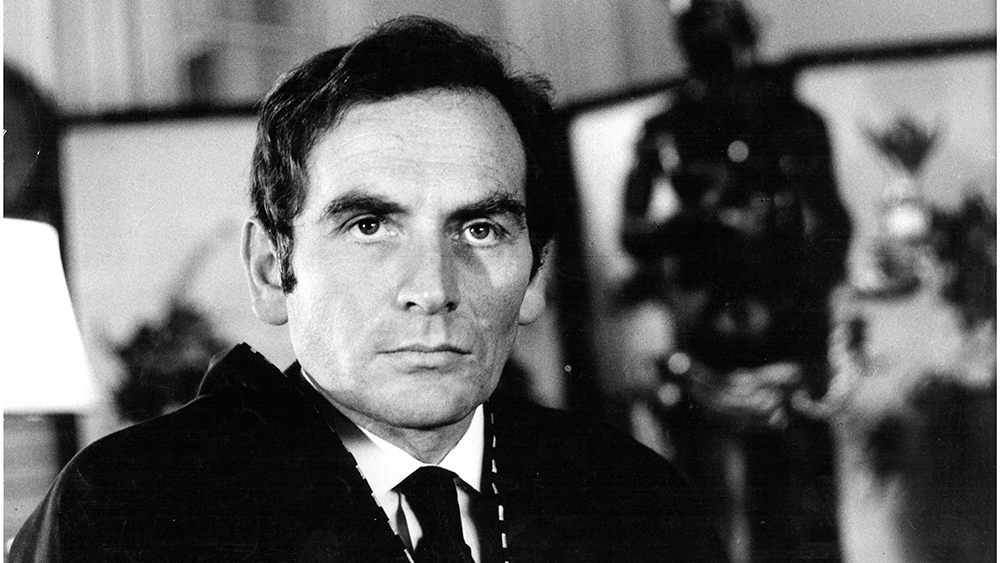 What do The Beatles, Naomi Campbell and Alice Cooper all have in common? Pierre Cardin. It’s a name you may recognize—perhaps, like me, you recall seeing it in your dad’s tie collection—but it’s one that seems to exist in the fashion ether. Who is Pierre Cardin, really? That’s the question that kicks off a new documentary about the seminal fashion designer’s life and work. Even if you don’t know much about the man, you almost certainly know his influence. As the film details, Cardin laid the groundwork for a lot, including pioneering men’s fashion as we know it.

Premiering in theaters on Friday, with options to stream at home, House of Cardin paints a vivid picture of the designer’s prolific career, featuring interviews with Cardin himself, his closest collaborators, protégés like Jean-Paul Gaultier and Philippe Starck and stars he’s dressed, including Naomi Campbell and Sharon Stone. It’s an intimate portrait of a design maverick.

For those more well-versed in the history of frocks, you likely know Cardin as a master of 60s Space Age finery. But House of Cardin offers many more insights, and even surprises, beyond the mod mini-dresses and go-go boots. His designs are unquestionably a fixture in the canon of 20th-century fashion—after arriving in Paris in the 1950s and training under none other than Christian Dior, Cardin set off on his own with a radical vision of chic. He stripped away the preciousness and flou of haute couture to create sleek, graphic clothes that appeared to have been teleported in from a galaxy far, far away. He established a visual language that still informs what we call “modern” today.

But that’s hardly the only ground Cardin broke. He was an early advocate for diversity, giving his muse, Japanese model Hiroko Matsumoto, pride of place in all his early presentations—an unprecedented choice in 60s Paris. Dionne Warwick makes appearances in the film, recounting the impact Cardin’s support had on her career. He also took fashion off its elitist pedestal and introduced ready-to-wear. While that seismic move is often attributed to Cardin’s contemporary (and one-time friend…a juicy bit of gossip that the film embraces) Yves Saint Laurent, Cardin was actually kicked out of the Chambre Syndicale de la Haute Couture (French fashion’s governing body) when he dared to show more accessible clothes. YSL may get the praise, but Cardin has the battle scars.

Not long after, he doubled down on the shock factor by putting men—quelle horreur!—on the runway. Prior to that, menswear primarily existed in tailor shops and department stores. Putting men’s attire in the same spotlight as womenswear changed the game; it affirmed that men, too, could be interested in fashion with a capital F. Cardin’s decidedly futuristic designs, like the collarless suits famously worn by The Beatles in 1963, opened the door for guys to experiment with what they wore. In his influential book Style & the Man, even Alan Flusser, the patron saint of classic menswear, acknowledges that Cardin was pivotal in shifting men’s approach to style.

These are just the broad strokes of Cardin’s career—the film fills them in with a healthy dose of Technicolor. In case you had any doubts: Cardin is still very much alive and well and in business. It’s a rare treat for this kind of retrospective doc to feature the subject recounting his own history. Cardin doesn’t disappoint, providing a number of saucy quips (recalling his early days, the 98-year-old designer offers this gem: “I was quite a good looking young man, so everyone wanted to sleep with me.”) Though the film doesn’t shy away from Cardin’s love life, including a relationship with legendary actress Jeanne Moreau, it becomes clear that work has always been Cardin’s most passionate affair.

The designer’s visionary instincts applied to his business as well. In the 70s, he opened Espace Cardin, a Parisian venue dedicated to avant-garde theater and performing arts (where he gave Gérard Depardieu his big break and gave a young Alice Cooper establishment cred). As an early adopter of licensing—a practice that is how many a fashion house now stays flush—Cardin created a lifestyle brand before there was even a term for it. He opened shops around the world, even in Soviet Russia, and expanded into categories ranging from furniture (the subject of a 2018 Sotheby’s exhibition) to eyewear (sported by 007 in For Your Eyes Only) to executive jets and muscle cars. At the time, a star of Paris fashion lending his name to such things was considered nothing less than gauche.

By some views, Cardin’s boundless expansion could be faulted for watering down his brand identity—there have also been Cardin water bottles, Cardin bike locks, Cardin ballpoint pens and on and on. But the film gives one the sense that Cardin takes pride in not being too discriminating. Just like his motivation for offering humbler ready-to-wear, it’s not so much selling out as it is democratizing. As the designer’s nephew and heir apparent says, Cardin champions the idea that “creativity is not for the exclusive few.”

A still from the film, showing Pierre Cardin at Maxim’s, which he owns.  House of Cardin

In any case, it’s Cardin’s 1972 AMC Javelin design that’s largely to thank for House of Cardin being made. The directors Todd Hughes and P. David Ebersole were collectors of Cardin’s mid-mod classics and made a point of tracking him down for a selfie while in Paris several years ago. Making the pilgrimage to the Cardin boutique, they not only got a photo but wound up having lunch with the designer (at the Art Nouveau landmark Maxim’s, which Cardin, in a particularly memorable story from the movie, now owns).

Sitting at lunch and scrolling through images of the filmmakers’ collection, Hughes told WWD, Cardin “got to a picture of the ’72 AMC Javelin, which was our car, and he was like, ‘You drive this?’…he looked at the car, and looked at David and he looked at me, and he said ‘When do you want to start?’” As usual, throughout his career, it’s Cardin having the last laugh. He was always ahead of his time but, as the film proves, Cardin’s vision is as relevant now as ever.