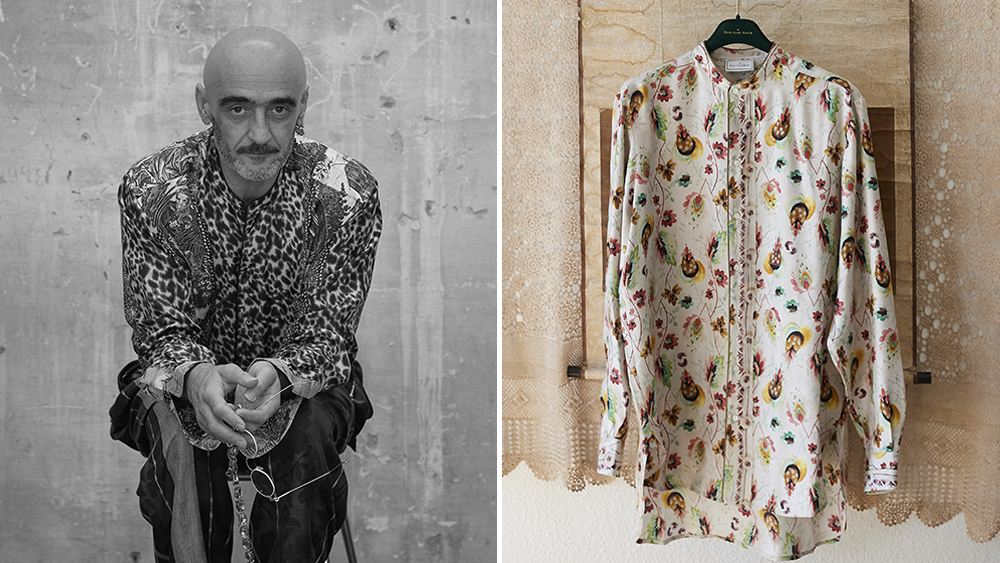 Fashion’s penchant for nostalgia ensures that every season includes one throwback or another; recently resurrected styles range from ‘’60s prep to ’70s swagger. But for his latest collection, French designer Pierre-Louis Mascia has thrown it back considerably further—to the 1700s. Produced in collaboration with the Palais Galliera, France’s most esteemed museum of fashion, the capsule collection is a time-warping mashup that makes historic 18th-century threads look very 2021.

The collaboration came about after the designer happened to meet with Pascale Gorguet-Ballesteros, the curator overseeing Pallais Galliera’s 18th-century collection. While many designers have drawn inspiration from the museum’s archives, Gorguet-Bollesteros notes that they often overlook this era, deeming its clothes too “theatrical.” For those whose art history is a little rusty, the 18th century was the heyday of Rococo (a style that, in today’s parlance, could be best summed up as “extra”). But, as any scroll through Instagram will prove, sartorial flexes are very much a part of modern life.

“I personally find that the 18th century is very close to our century because of the importance of appearance,” Mascia tells Robb Report. “The difference is that, at the time, there was a deep [appreciation] of sophistication and refinement.” The best dressed dudes at Versailles, and throughout Europe, wore intricately embellished fits to telegraph their social status. This collection channels that energy, but—thankfully—without a frock coat or breeches in sight.

Mascia, who began his career as a fashion illustrator, is best known for his deft combinations of patterns. So, he naturally honed in on the prints that feature in the museum’s collection. He chose eight of the most exceptional examples, such as a gentleman’s nightshirt in a delicate floral and an elaborately embroidered waistcoat, and took high-definition photos, including every seam, buttonhole and ruffled jabot. Certain details were zoomed in on and, finally, printed in 2-D by Achille Pinto, one of the most skilled silk mills in Como.

The intricate embroidery of a waistcoat became the print on this silk shirt.  Pierre-Louis Mascia

Spliced together with traditional menswear prints like tartan and repp stripes, the antique patterns take on new life in a range of louche silk shirts, trousers and double-face scarves as well as robes and blankets. Mascia’s personal favorite is a kimono jacket recreating a Japonesque dressing gown from the Pallais Galliera’s collection: “It’s a passe-partout piece, wearable with everything: jeans and a white T-shirt, an elegant shirt and tie.”

It’s no news that menswear is experiencing a peacock revolution (or Gucci-fication), though pulling off some of the more daring looks can be tricky. The beauty of this collaboration is that the prints, however eye-catching, are steeped in history—resulting in the rare garment that’s equal parts Louis XIV and ASAP Rocky.