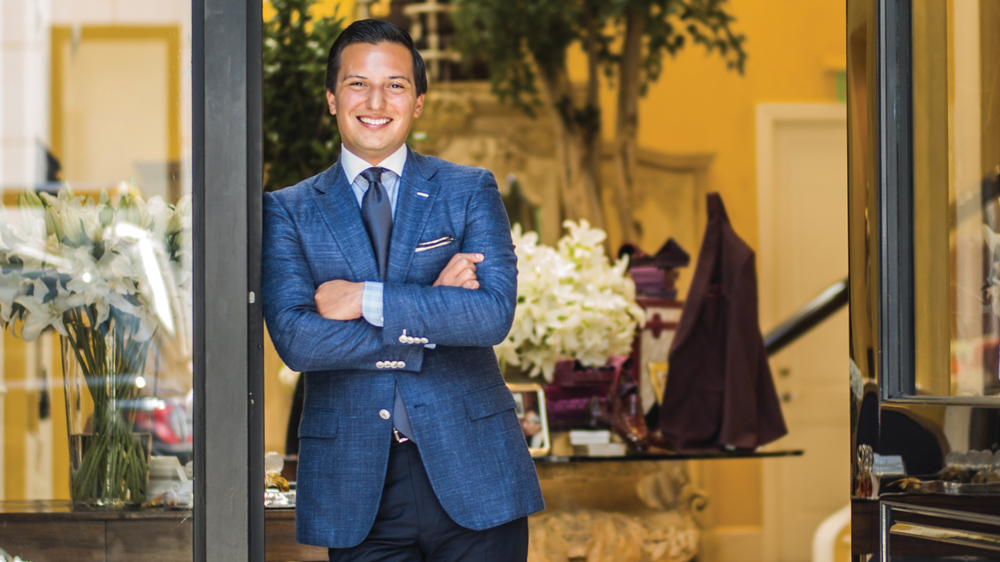 Famous for dressing ’80s jet-setters in strong shoulders and wide lapels, Bijan is now catering to a new generation of power players—a number of whom don’t even wear suits. “Many of the people that can afford to buy an $18,000 jacket don’t need to wear a suit every day,” says Nicolas Bijan Pakzad (left), the 26-year-old son of the brand’s fashion-designer founder, Bijan Pakzad. The scion, who goes by Nicolas Bijan, took the helm of the ritzy Rodeo Drive store when his father died in 2011. Since then, he has been updating the brand with a focus on casual but still luxurious clothing. New pieces and fresh ensembles—think kangaroo-​suede blazers paired with T-shirts, jeans, and sneakers with alligator accents—have become instant hits with clients of all ages, he says.

Those who are nostalgic for the bright-yellow Beverly Hills store, rest assured: The by-appointment space hasn’t changed much. It remains a grand salon where customers shop privately and each piece, from tuxedos to jeans and sweaters, is handmade. For Bijan, who began working in the boutique as a teenager, it’s not only his stomping ground, where he dresses the same clients his father served for decades; it’s also the hub of an expanding retail footprint. A store will open in Las Vegas early next year, and locations on London’s Bond Street and in the Middle East are also planned.