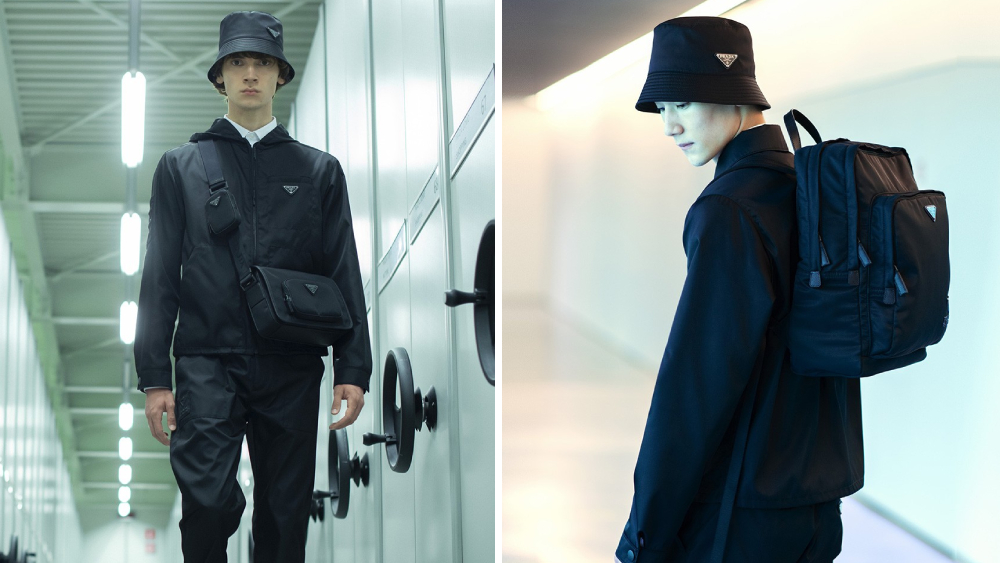 After initially unveiling a smattering of covetable bags back in 2019, Prada will showcase its entire Re-Nylon collection for the first time at London’s Selfridges department store later this month.

Over the past few years, the Milanese powerhouse has looked for ways to integrate sustainable strategies into its business model, and the Re-Nylon collection is one example. The eco-friendly offering utilizes Econyl nylon yarn created from ocean plastic, fishing nets and textile scraps as opposed to virgin fibers manufactured from scratch, according to a report in WWD. And the label would be hard-pressed to find a better retail partner to make the debut than Selfridges as it pushes its sustainability-focused Project Earth initiative.

Not only will bags be present this time around, but Prada has created an entire lineup of ready-to-wear, footwear and accessories crafted from the techy material. The collection is set to launch worldwide in September, its entree to the market coming during a difficult period for the brand as its struggles to deal with the financial fallout from the Covid-19 pandemic.

Though the collection has expanded, it will still contain the label’s signature bags.  Courtesy of Prada

Selfridges first launched an environmental enterprise in 2011, which jumpstarted an enduring partnership with the Zoological Society of London dubbed Project Ocean. Prada has likewise concentrated its sustainability efforts on the world’s oceans, founding Sea Beyond with UNESCO earlier this year. The teamup aims to educate an international crop of high school students on oceanic health and ecology. To mirror the nature theme, the Corner Shop display in Selfridges will also showcase short black and white films produced by National Geographic to be displayed on multiple screens simultaneously.

Unlike most other luxury brands at its level, Prada has a long history with nylon. Though the family-operated house was originally founded in 1910, it wasn’t until current director Miuccia Prada took the reins that it began experimenting with the tough fabric best known for its use in parachutes. Bucking tradition and convention, she released backpacks and totes made from the decidedly unrefined material in 1979. They went on to become brand signatures, turning expectations for designer products on their heads and foreshadowing the leading, directional approach Prada has taken ever since.

Shop the collection yourself when it becomes available at Selfridges on August 17.