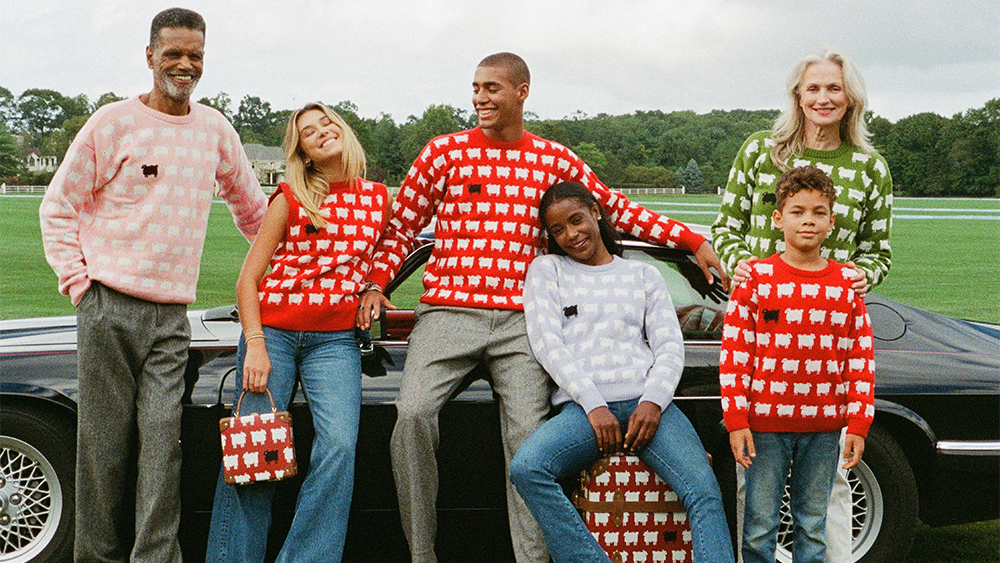 This fall, the return of sweater weather coincides with a remarkable comeback story. Warm & Wonderful, a British knitwear brand that was founded in 1979 and enjoyed ‘80s fame after a young Princess Diana was snapped wearing its now-infamous sheep sweater, has returned with its first-ever e-commerce site and a London pop-up shop opening this Thursday, October 21.

It’s the latest chapter in Warm & Wonderful’s unexpected second act, which began last fall when the label collaborated with Rowing Blazers to revive its most iconic design, which sold out several times over. “It’s been absolutely extraordinary and very exciting,” say co-founders Joanna Osborne and Sally Muir in a joint statement to Robb Report. “We never expected it to take off again in the way it has.”

That Warm & Wonderful finds itself in the fashion zeitgeist once more can again be attributed to Lady Di, more than 24 years after her death. Muir and Osborne believe that social media has introduced a new generation of style-conscious young people to the late princess, who remains as relevant as ever.

“She was the first member of the royal family that we remember to take any interest in fashion at all—she was a breath of fresh air,” Osborne and Muir say. “She knew what looked good on her, she was tall and slim, and loved to experiment and wear things that would never have been considered appropriate by the rest of the royal family.”

The duo also cites the most recent season of The Crown, which depicted a young Diana, played by actress Emma Corrin, sporting a reproduction of the Warm & Wonderful sheep sweater. And while it was the real-life Diana—who was memorably photographed in the sweater at polo matches in 1980 and 1982—that first catapulted the label to prominence, Warm & Wonderful counted other cultural luminaries such as Andy Warhol and David Bowie among its admirers during the original heyday.

Warm & Wonderful never quite went away, but in 1985 changed its name to Muir & Osborne and diversified its designs and offerings. Muir & Osborne continues to operate today with an e-commerce website of its own, but the freshly launched Warm & Wonderful website will for now focus squarely on the sheep motif. New colors have been added to the sheep sweater for men and women, in addition to a sleeveless sheep sweater, a sheep fleece now available for pre-order, and accessories including a needlepoint sheep belt, a rib-knit sheep beanie, and a canvas sheep tote.

The pop-up shop, which is located at 55 Monmouth Street in London’s Seven Dials district and represents the label’s first brick-and-mortar presence in decades, will also carry the new goods and remain open throughout the holiday season. In addition, the full range will also be available via Rowing Blazers’ website.

In the near future, Warm & Wonderful watchers can expect to see baseball caps and luggage added to the assortment. And there’s even a possibility that the brand’s non-sheep-centric—but equally zany—knit designs could see a revival, too.

“We have a large back catalog of sweaters from that era,” Osborne and Muir say. “We’ll have to see how the site and pop-up go before we consider unleashing them on the public.”

If the last 12 months are any indication, the public is ready and waiting.