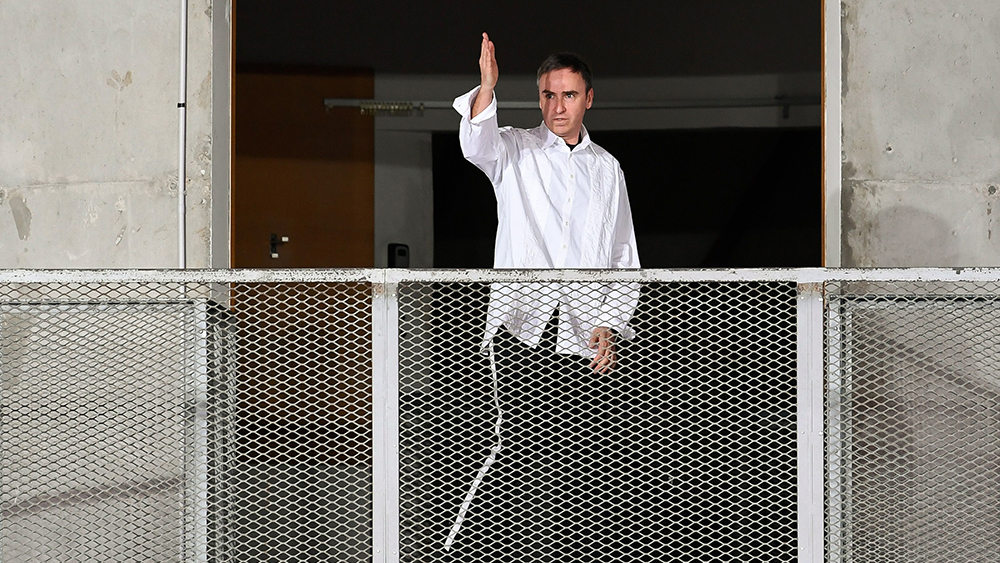 There is no shortage of rumors in the fashion industry, but an especially robust one suggests that designer Raf Simons could be joining the Prada Group, specifically its label Miu Miu, according to sources who spoke with WWD. These sources point to two developments as evidence: Miu Miu, which was long based in Paris, recently moved its headquarters back to Milan. It also happens that Simons is reportedly looking for an apartment in the Italian fashion capital.

Prada didn’t respond to Robb Report‘s questions about the rumor. But if Simons is heading to Prada, it would be something like a homecoming. The designer is close to Prada owner and creative director Miuccia Prada, having once served as the designer behind Prada subsidiary Jil Sander. The sources believe Simons could work with Prada (the woman and the company) as a collaborator, but the exact capacity of this role remains unclear.

If true, this would be the Belgian creative’s fourth appointment to a major brand. Simons, who originally studied industrial design, first earned acclaim through his eponymous menswear line––which maintains a loyal following––but came to wider recognition for his brilliant work at Jil Sander. Next came Christian Dior and, most recently, Calvin Klein.

Simons has kept a fairly low profile since leaving Calvin Klein at the end of 2018. The departure was reportedly less than amicable. While he was there, the designer abandoned his minimalist leanings––which he employed at every other brand and is at the aesthetic heart of Klein’s legacy––and infused the label with brash, cerebral commentary on pop culture. While it produced a handful of viral moments (who didn’t love seeing Brooke Shields don CK again?), it failed to produce results for a company that earns an enormous portion of its annual revenue from selling underwear and jeans. Simons exited when executives tried to wrestle away some of the control he negotiated for in his contract and shuttered Calvin Klein Collection not long after.

“These big brands are very much now driven by marketing and growth, and it’s rare that a designer is good in both aspects,” the designer said in a candid interview with Alexander Fury last November. “I am definitely not good at all the aspects. I know for myself. What is more important is that the designer knows who to work with, which is also not your choice, but it’s definitely your choice in your [own] company.”

It should be noted that while Simons enthusiasts are legion and he is often critically lauded, middling sales have followed him just about everywhere he’s gone. That history makes his potential professional link to Prada Group all the more intriguing; it’s a publicly-traded company with an eye fiercely trained on valuation and the bottom line. But maybe he’s figured out he should be working with Prada after all?