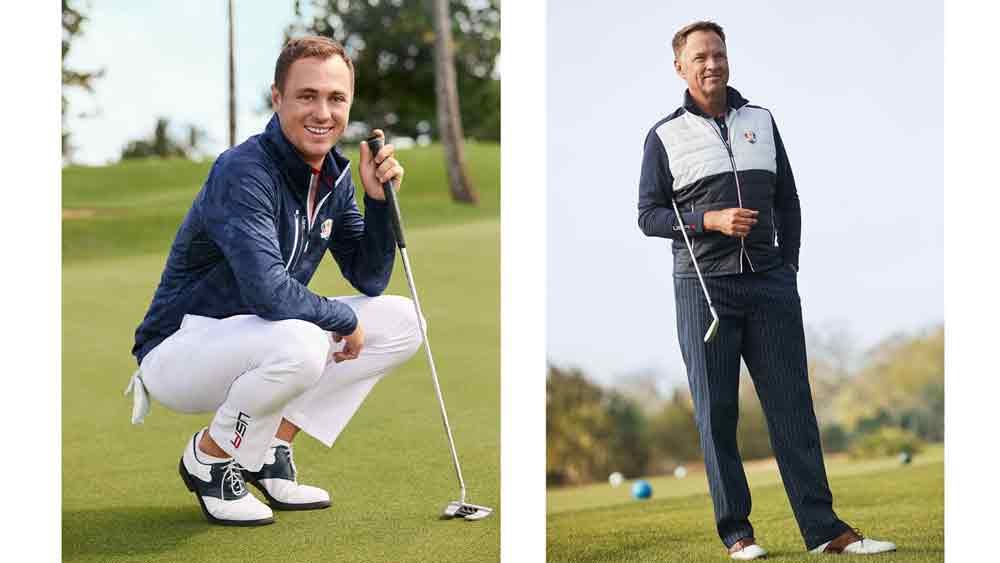 It’s not even September yet but the Ryder Cup—the international golf tournament set to take place in Paris starting September 28th—is already in full swing. Omega recently announced it will be the official watch sponsor of the American team (while Rolex is sponsoring the European team) and now Ralph Lauren has announced it will be the official outfitter of the U.S.’s top golfers. The 42nd Ryder Cup, taking place at the Albatros Course of Le Golf National in Paris, will see the U.S. face off against Europe in the biennial men’s golf tournament.

On-the-course uniforms will feature modern stripes and color blocking in red, white, and blue, naturally, and will include patriotic accents such as “United We Stand” printed on the waistband of pants, while a map-camo print, inspired by the course layout, will adorn select pieces of outerwear. Each garment comes in high tech fabrics that proved moisture-wicking properties and enhanced airflow. Polo shirts have been engineered for optimal swing radius, while the pants come in a lightweight and flexible tech-gab material. In the event of colder conditions in Europe, Ralph Lauren has also outfitted the players with merino crewneck sweaters, half-zip pullovers, full-zip vests, quilted woven jackets, and packable down jackets.

The Ryder Cup Collection, based on the player’s Ralph Lauren uniforms and off-the-green gear, will feature similar styles which will be available to Ryder Cup fans and golfers in select golf clubs, resorts and retail stores as well as on RalphLauren.com and shop.pga.com. A portion of the proceeds of each sale has been pledged to the PGA’s efforts to help grow and teach the game of golf. Ralph Lauren has also committed to be the official outfitter of the U.S. Ryder Cup Team through 2020.

Last year, team U.S.A. took home the tournament trophy after three consecutive European team wins. And this year, with American players Dustin Johnson and Justin Thomas ranked as the No. 1 and No. 2 golfers in the entire world playing in the cup, team U.S.A. and Ralph Lauren may be poised for a big win come September.