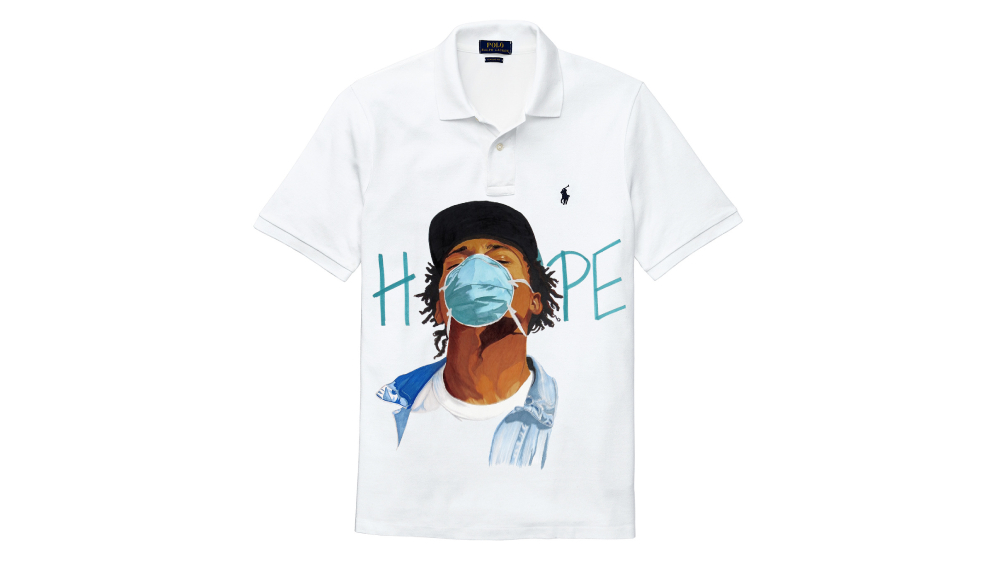 The Polo shirt is synonymous with Ralph Lauren and the brand’s latest iteration will benefit a worthy cause: Covid-19 relief.

In its recent Polo Project: Design for Good, the American brand asked artists and fans to submit an original Polo design concept inspired by the state of the world. Participants sent in their ideas in May and final voting took place last month with artist Michelle Smith emerging as the winner. Her work is now a limited-edition Polo with 100 percent of the purchase price going to the Covid-19 Solidarity Response Fund for the World Health Organization.

Smith told Robb Report she learned of the chance through a RalphLauren.com message that made its way to her inbox. “I received an email that advertised the opportunity to create the ‘next Polo’ and thought ‘this can’t be real!'” Smith said in an email.

After swiftly deciding to enter (“I was not about to let it pass me by.”), the Illinois-based artist knew immediately what she wanted to create. She had already taken reference photographs and started the first of a series she was planning around face coverings a month before the competition opened. Smith considers her son her greatest muse and used his mask-clad figure as the center of her completed motif, but she wasn’t fully satisfied at first. “Even after I finished the portrait, I struggled with whether it conveyed hope and that’s when I decided to write the word ‘HOPE’ across it,” she said of her finishing touch.

But the pandemic isn’t happening in a vacuum and the United States, along with significant portions of the world, engaged in a serious dialogue about racial injustice and related acts of police brutality while Smith was at work. “Figuratively speaking, my son struggled to breathe in a racially charged society; now there is the physical mask needed to stay safe from the virus,” Smith said in a separate statement about the shirt. “The title of the piece is Just Let Me Breathe. There are days he feels as if he cannot win, but there is always hope waiting to move.”

Ultimately, Smith couldn’t be more thrilled with the outcome and the partnership as a whole. “A collaboration of my art on my absolute favorite designer’s iconic shirt, voted for by people all over the world to be on that shirt is nothing short of amazing,” Smith said.

Only 2,500 of the shirts will be produced and, in a complementary move, the Ralph Lauren Corporate Foundation will make a donation to the UNCF (United Negro College Fund). The shirts are available in the U.S. and in the U.K. starting today.