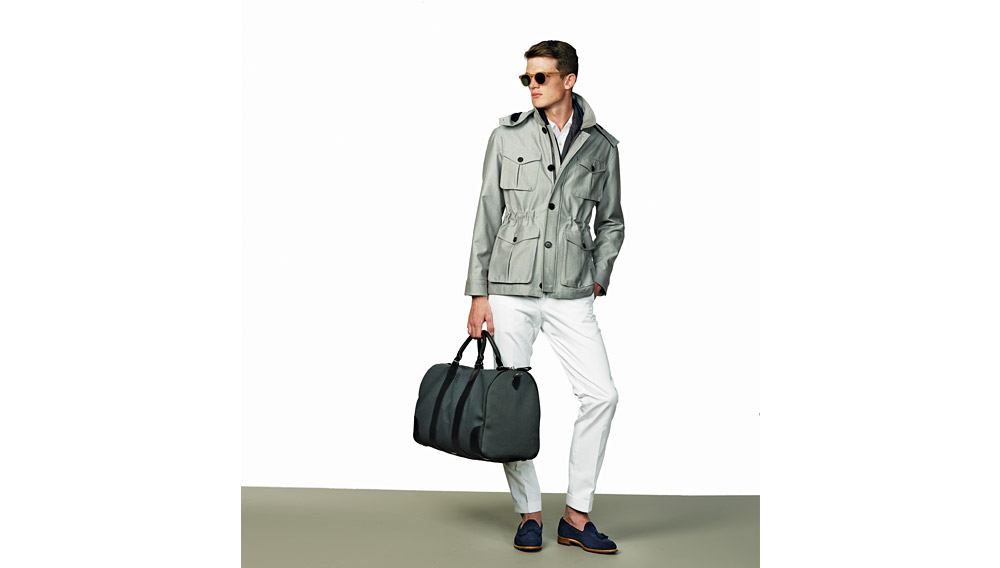 A Savile Row institution tailors its history to suit its future.

When Prince George of Cambridge is old enough to require dress clothes for royal engagements, he will likely visit Gieves & Hawkes at 1 Savile Row, where his father, Prince William, has his suits and military apparel made. At least 10 generations of British royals have patronized this storied tailor, which traces its history to 1771, when Thomas Hawkes established a business to outfit the British armed forces. In 1912, the firm relocated to its now-famous address, but it was not until 1974 that the company merged with Gieves—established in 1785 as the tailor of choice for the British Royal Navy—to become Gieves & Hawkes.

One might expect a firm with this impressive history to cater only to the sartorial needs of royals and the international elite; yet, last year, London’s most famous tailor took a detour from tradition with the launch of its first full-fledged collection of sportswear—including denim. Under the guidance of the newly appointed creative director Jason Basmajian, Gieves & Hawkes is tapping into its military archives and its heritage of craftsmanship to create its own interpretation of contemporary sportswear. Although the new Hand Tailored in England collection is off the rack, the patterns were made by Gieves & Hawkes’s bespoke tailoring team to ensure impeccable silhouettes and fit, and the clothing is hand cut and hand sewn in a small atelier in Great Britain. “You won’t find trousers and sport coats off the rack that fit like these,” says Basmajian.

The collection—which, as of August 2014, will be stocked in the United States exclusively at Bergdorf Goodman—enables clients to select from a wide range of suits (starting at $4,600) and sport coats (starting at $4,800), as well as an assortment of knitwear, shirts, denim, and sporty outerwear, such as a shearling bomber jacket. Conceptually, the sportswear closely adheres to its military origins, though modifications in the lines of, say, an admiral’s boat cloak, an officer’s coat, or a British army field jacket give these garments a contemporary edge—as does a new range of luxurious fabrics that includes felted British wool, handmade Harris tweeds, and cashmere blends. “Up until now, Gieves & Hawkes offered traditional navy and gray suits,” says Basmajian, who has delivered a broader assortment of suit styles and materials since his arrival at the company, but who cautions that this change is not about fashion. “We are about style, elegance, and feeling great in clothes, and we want to help our clients build on their wardrobe with suits and, now, casual wear for weekends.”