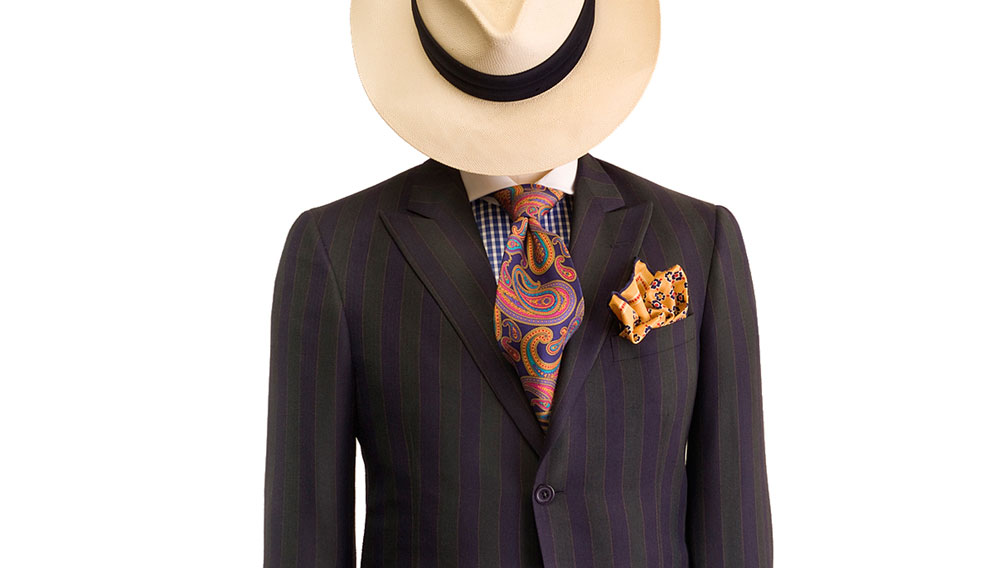 Edward VIII, the late Duke of Windsor, once offered that “brown in town should never been seen” in reference to the true gentleman’s wardrobe. Such looks, he intimated, should be limited to the countryside, where they blend appropriately with the outdoor landscape. Although such suppositions have long been abandoned in modern fashion circles, American suit maker Adrian Jules hopes to revive the Duke’s fashion mandate, as well as his preferred double-breasted clothing style, with its new Town & Country line debuting at better men’s stores like Peter Elliott in New York and Pacific Tweed in California this fall.

Centered on old-world woolen fabrics, including lofty England-made flannels and 12- and 14- ounce tweeds produced in Scotland’s Outer Hebrides, the handmade, tailored clothing collection is decidedly a throwback to another era when men had separate seasonal wardrobes and allowed color and cloth to define their work versus weekend wear. To that end the Town portion consists of micro-patterned double-breasted, peaked-lapel suits and sport coats mostly in shades of blue and gray, while the Country offering highlights earthy Harris and Donegal tweed single-breasted suits—many worn with coordinated vests—in more rough-hewn shades of the great outdoors. The collection ranges from $1,895 to $3,195 for sport coats and $2,400 to $6,500 for suits, depending on the cloth and the amount of customization a gentleman requires.

Nevertheless, everything old is not necessarily new again. “The flannels of the past were heavy 18- and 19-ounce fabrics whereas these are considerably lighter,” explains Arnald Roberti, co-owner of Adrian Jules. “We’re also styling the suits in a more modern way with slightly higher button placement, a narrower lapel and a little bit trimmer fit,” he says. Despite the label, cloth, and color variances, there’s no rule that says you can’t interchange these suits for either town or country dressing. The Duke may object, says Roberti, “but today it’s very acceptable to wear brown in the city.” (800.295.SUIT, www.adrianjules.com)