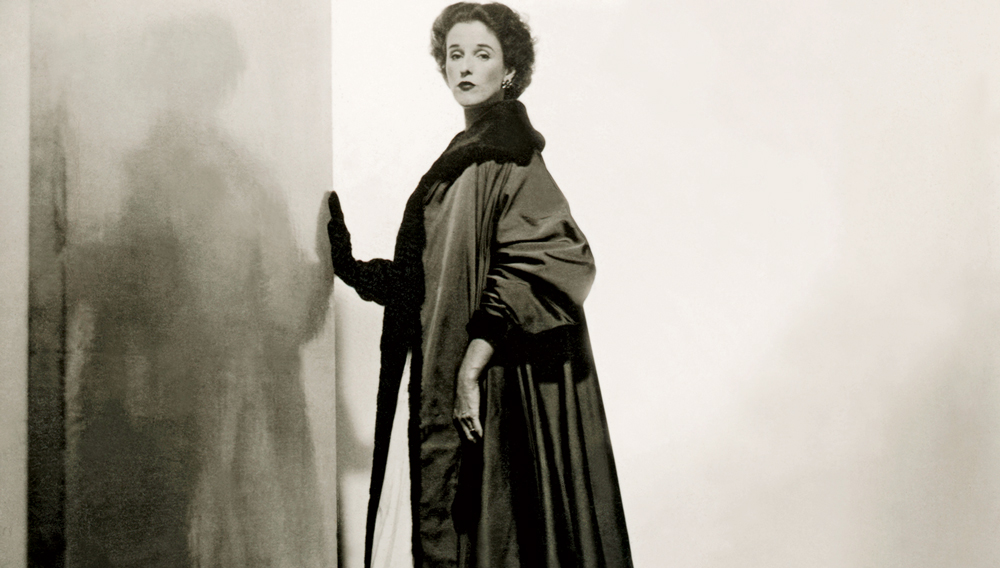 Every artist must settle on a medium; and although Truman Capote, as a boy, imagined a career in films, by the time he turned 20 he had tied his hopes to a literary career. Style—in language and in life—was a preoccupation for the author of Breakfast at Tiffany’s and In Cold Blood, whose aesthetic ideal was the fusion of ambition and taste in what he described as a living work of art. “There are certain women,” he said, “who . . . are born to be rich. By and large, these persons are artists of an odd variety; money, in astronomical amounts, is their instrument.”

Capote became an eminent connoisseur of such venal virtuosos, whom he playfully called his “swans.” These ladies shared more than friendship with the writer: Each possessed striking looks, a flawless fashion sense, and a determination to secure the means to bend the world to her whims. “He. . . got the sense of what a person wanted to be,” recalled one acquaintance, “and then he helped her to achieve it. It was his way of getting close to her.”

“He was such a mercurial, many-colored, many-sided person,” said Slim Keith, one of Capote’s rara avises. Born in Salinas, Calif., in 1917, this slender blond received her nickname from the actor William Powell, who met her at a desert resort and presented her to his Hollywood set. Howard Hawks was instantly smitten, and Keith made her debut as the illustrious director’s wife, appearing often in the pages of fashion magazines. She later traded Hawks for the producer Leland Hayward, who introduced her to Capote on a trip to Russia. No more true to his vows than Keith had been to hers, Hayward later left her for the socialite Pamela Churchill. “I am a Slimite to the death,” declared Capote in comforting the two-time divorcée, who consoled herself by next marrying the wealthy English banker Sir Kenneth Keith.

Another swan pursued a similarly restless matrimonial tack. Gloria Rubio y Alatorre allegedly supported herself in her youth entertaining the denizens of a dance hall in Mexico City before making her way to Europe in the 1930s. Gifted with an innate fashion sense but little pocket change, she transformed simple rolls of cloth into stunning gowns that caught the eye of Count Franz Egon von Fürstenberg-Herdringen, on whose coattails she ascended. Her subsequent union—to a grandson of Egypt’s King Fuad I—was less prosperous, but she rectified this deficiency aboard Thomas Loel Guinness’s yacht. There, despite the presence of the financier’s soon-to-be-ex-wife, she successfully contrived to transform herself into Gloria Guinness: the chatelaine of six magnificent homes, a fixture on the international best-dressed list, and a contributor to Harper’s Bazaar.

The swan nonpareil, however, was Barbara “Babe” Paley (pictured). “Mrs. P. had only one fault: she was perfect,” Capote noted. The youngest of the three celebrated Cushing sisters of Boston, Paley abandoned her post as an editor at Vogue for the more remunerative position of Mrs. Stanley Mortimer. She filed for divorce when the Standard Oil heir returned from service in World War II a broken man, and thanks to the ministrations of her well-connected sister, Betsey Whitney, she displaced the first Mrs. William S. Paley to become the second wife of the broadcasting pioneer. Capote met Paley in 1955, when one of her guests asked if “Truman” could join them for a weekend on her estate in Jamaica. Expecting the former president of the United States, she agreed. From the moment the impish author boarded the private plane, he and Paley were inseparable.

Yet art—Capote’s own—did separate him from these soigné companions. “All a writer has for material is what he knows,” he maintained, and what he knew best were his society swans, who figured prominently in excerpts from a forthcoming novel he published in Esquire in late 1975 and 1976. These acid portraits exposed the foibles and affairs of his flock, prompting his seemingly tame birds to bite back. Invitations ceased, and the once-fashionable guest of these designing doyennes found himself suddenly out of fashion. Guinness dropped him; Paley spoke of him “with total loathing”; and Keith “looked on [him] as a friend who had died.” The former farm girl from Salinas proved prescient: The rejection of these artful social artistes propelled Capote into an abyss of alcohol and drug abuse—a plunge that culminated in his unstylish death, at age 59, in 1984.