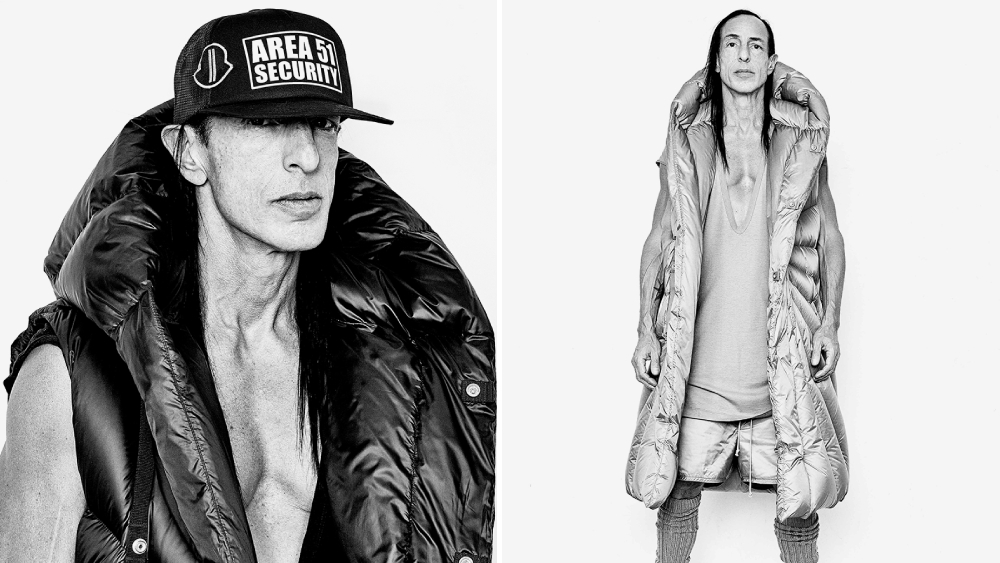 Moncler has stayed ahead of the fashion pack with a roster of top collaborators enlisted to reenvision its classic outerwear. Paris-based, avant-garde American designer Rick Owens is the brand’s latest partner, and their collaboration turned out pieces as brilliantly over the top as his fans would expect.

Owens, along with his creative collaborator and life partner, Michèle Lamy, created hype around the team up with a novel bus tour that saw the pair travel from Los Angeles Airport to Nevada at the beginning of the year, before they relocated to Milan. The customized vehicle is bedecked with Moncler’s signature duvet and hosted a series of intimate discussions in addition to acting as the backdrop for performances orchestrated by Lamy. And all of it complemented the radical garments Owens whipped up.

“Insulation, protection and momentum are my impressions of what Moncler stands for, and applying my aesthetic to an insulated traveling bubble was my answer to the collaborative challenge,” Owens said in a press statement.

Owens reinterpreted some of his signature silhouettes to create technical outerwear.  Moncler

Though Owens was sure to include his signature draped cashmere knits, drop-crotch sweatpants and elongated tees in the offering, the stars of the show are most definitely the coats and jackets. The designer approached the project as a way of reimagining a quilted duvet as seen through an architectural lens. He overstuffed Moncler’s durable, wind-resistant nylon to create pillowy, cloud-like toppers in neutral shades of black and dusty gray with certain pieces rendered in mylar silver. Some have a parka-like shape that skews toward the traditional while other, more extreme expressions of outerwear incorporate high, scarf-like funnel necks.

On the slightly more restrained side of things is the comparatively slender Angle jacket which maintains the same textural sunray quilting as the robust, sleeveless Porterville gilets. Even if your personal style is more subdued than the flashier components of the collection, part of Owens’ brilliance is the surprising ease with which so much of his output can be seamlessly slotted into a given wardrobe. Whatever your preference, they’re sure to brilliantly combat winter’s chill.

The Moncler + Rick Owens collection is now available on the brand’s website and in select retailers.