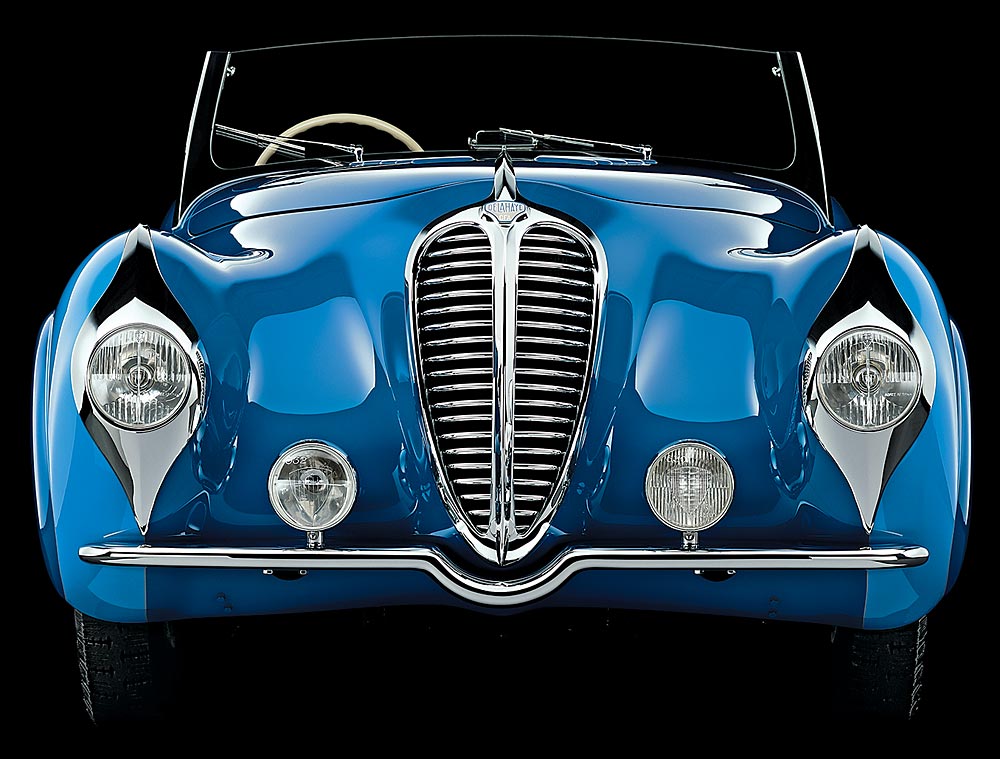 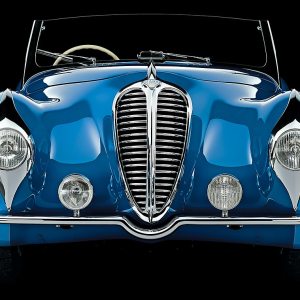 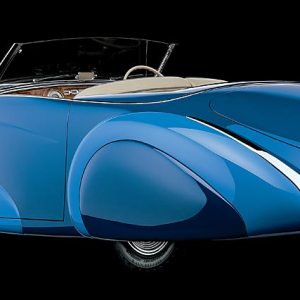 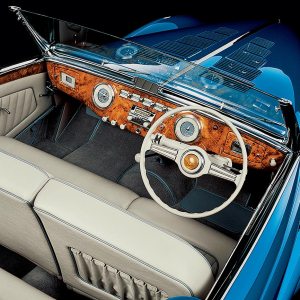 Christian Dior knew not only how to sketch dresses, but also how to draw crowds. The French designer used to tempt passersby into his Parisian fashion house by parking attractive automobiles in front of the store. Clothed in a monocoque body designed by Faget-Varnet (a businessman-designer partnership that produced only five cars), this Delahaye 135MS served as one of Dior’s lures. With its large bust, narrow waistline, and full rear skirts, the car bore an uncanny resemblance to the “New Look” in women’s fashion that Dior made famous. The voluptuous vehicle premiered in Paris at the 1949 Salon de l’Auto and won several concours in its day. In August 2008, it earned Best in Class honors at the Pebble Beach Concours d’Elegance. The car’s owners, Cathy and Jerry Gauche, maintain contact with designer Henri Varnet’s two daughters. “When the elder sister married, Varnet let her take it on her honeymoon,” says Cathy. “It was perfect because the car’s lines flow into each other, like a wedding ring.”