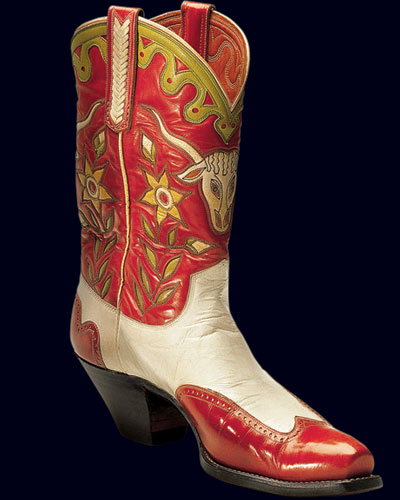 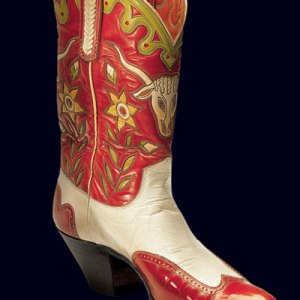 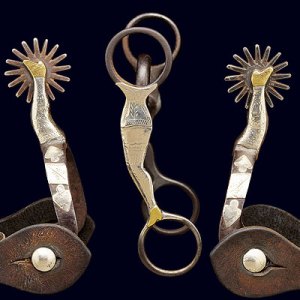 The advent of the hollywood western led to a demand for rococo adornments for the tools of the cowboy’s trade—hats, boots, spurs, saddles, bridles. Indeed, the boot shown here, made by Lucchese for the singing cowboy Gene Autry, is modest and restrained by the standards of its time. However, a cowboy’s concern for the appearance of his equipment—even if only the cattle would see it—predates the films of Autry and his ilk. “Presentation and utility always went hand in hand with Western gear,” says B. Byron Price, author of Fine Art of the West (Abbeville Press, 2004), from which these images were excerpted. “Even the most utilitarian gear had motifs and elements that were very stylish.”

Such equipment would include this bridle and these spurs by J.R. McChesney, the most influential maker of Western gear from 1900 to 1920. While no proof exists that he originated the “gal leg” design that appears on these pieces, it is the sort of innovation for which he became known. “Cowboys loved stuff like this,” Price says. “This was one of McChesney’s most popular patterns.”