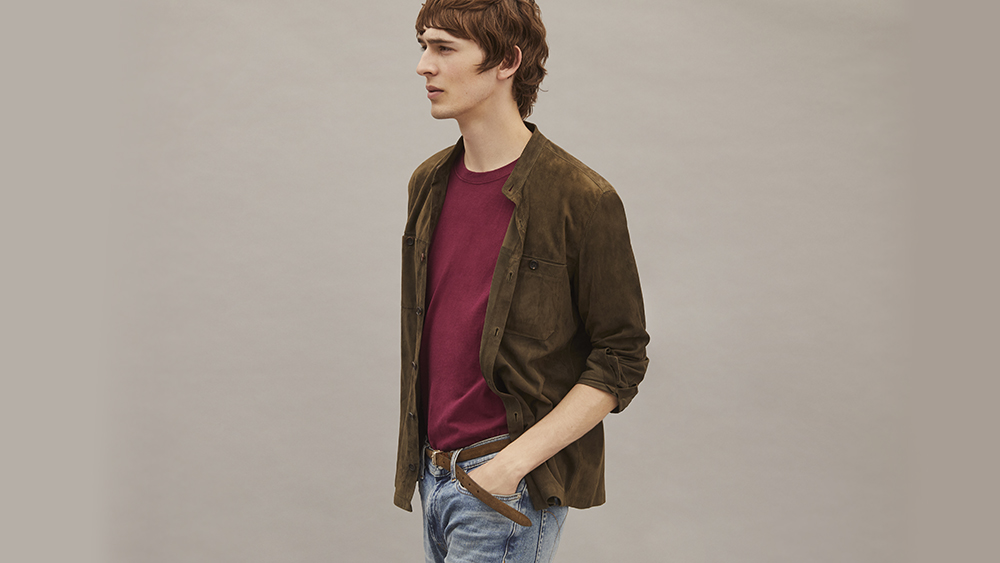 Valstar is a bastion of the Italian school of quiet luxury—rendering exquisite materials into easy, effortless menswear. Hailing from Milan, it started out in 1911 as a manufacturer of raincoats but today is best known for its suede jackets, specifically the eponymous Valstarino. Introduced in 1935, it’s their take on the iconic A-1 flight jacket, which was standard issue for the U.S. Air Force at the time, and has been reinterpreted for men who aren’t fighting in the skies but simply appreciate fine craftsmanship.

Like any enduring heritage brand, Valstar continues to stick to the recipe of its classics but innovates at the same time. With chilly spring days ahead, it is prime time for wearing a lightweight suede jacket rendered in playful tones to match the season. This spring the Valstarino comes in blood orange-red, tobacco, sand and ochre suedes — sun-baked hues that hit all the right notes for right now — but even more interesting is that Valstar has introduced a few new styles that brilliantly flip the preconceived reservations they were once prescribed. 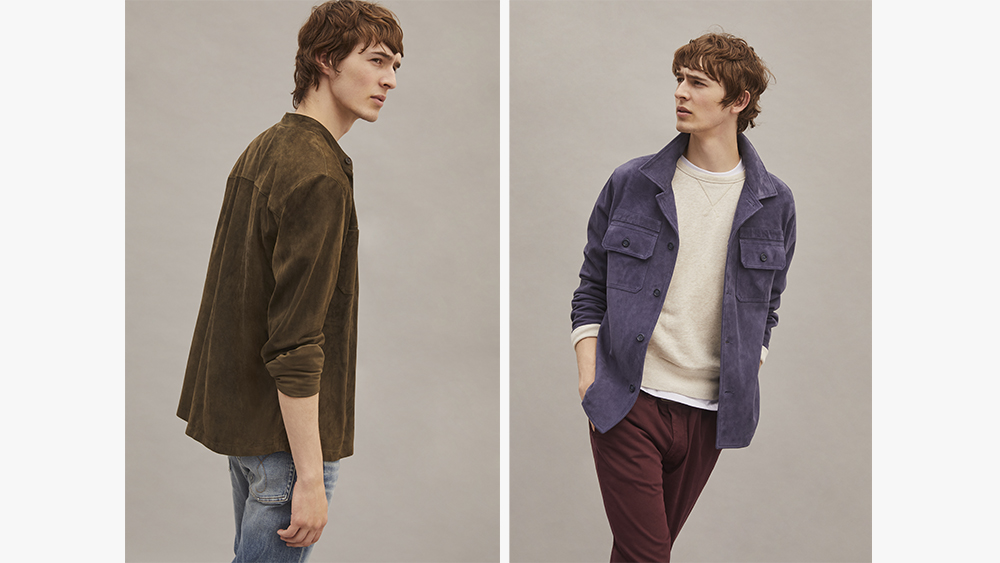 Take, for example, the overshirt. Historically, it was worn by laborers and typically made from durable, hard-wearing cotton or even wool. In response, Valstar has raised the bar with its ‘Superleggero’ iterations in two shades of easy-going brown. Both are unlined and, at just 0.3cm thick, are profoundly light. Their relaxed, nonchalant sensibility is underscored by a casual Mandarin collar.

With a bit more structure and ruggedness, the trucker jacket has also received Valstar’s fusilli twist and this season there’s a dusty pink number that’s simply gorgeous. If that’s too much, don’t worry, as there’s also a reliable chocolate option on offer as well as a longer version with kangaroo-style hip pockets in a washed indigo blue suede. 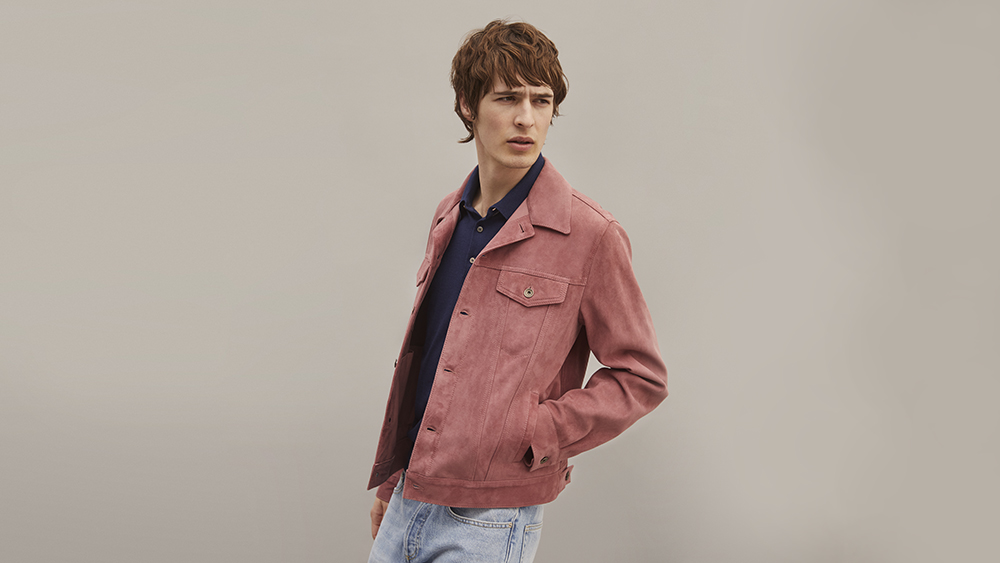 Elsewhere, there’s an unlined biker jacket in navy suede complemented with silver hardware. This beauty should be worn anywhere and everywhere except on a bike. The addition of a tan peacoat into the ranks is also a welcome surprise – a fantastic weekend piece if there ever was one, I might add. The pick of the bunch, though, is what can only be called the most refined Western shirt I’ve ever seen. In ice-cold grey suede, there are two subtle snap pockets on the chest and the typically stylized yoke has been forgone for a cleaner, more modern take on the old standard. 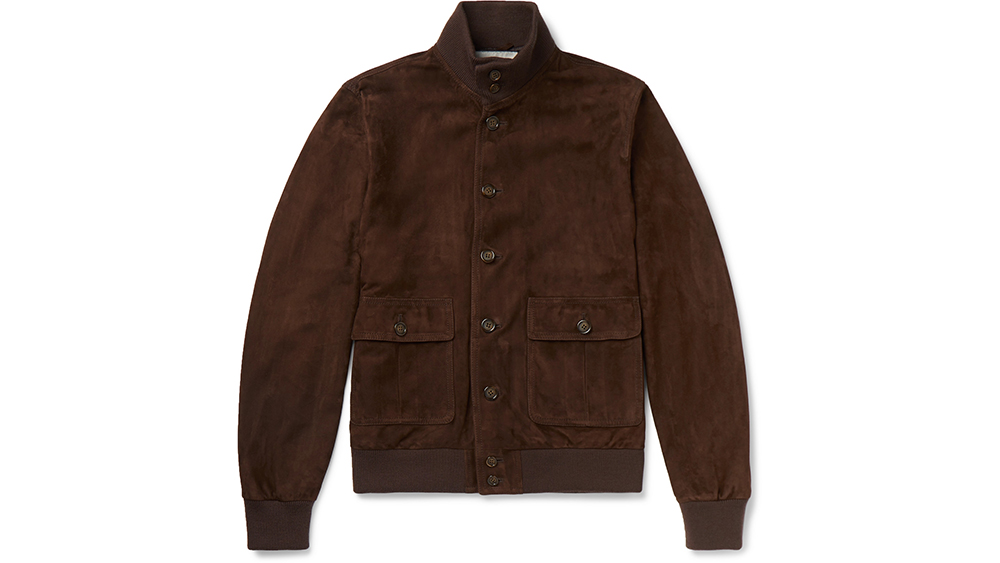 I’ve had a chocolate Valstarino at my disposal for three years now and I still don’t feel the need to add another suede jacket into my wardrobe (although this season’s new styles are tempting). Along the way, it’s been on the receiving end of a few bumps and bruises but they only add to the charm of it — menswear shouldn’t be overtly immaculate. Clothes are labeled as ‘versatile’ too often but my Valstarino is exactly that. I wear it year-round; my trusted combination is either a white T-shirt or cashmere turtleneck beneath, high-waisted, pleated wool trousers in charcoal grey (fresco in summer, flannel in winter) and a pair of perfectly beaten Converse all-stars or polished penny loafers. Not exactly adventurous, sure, but they’re called classics for a reason.