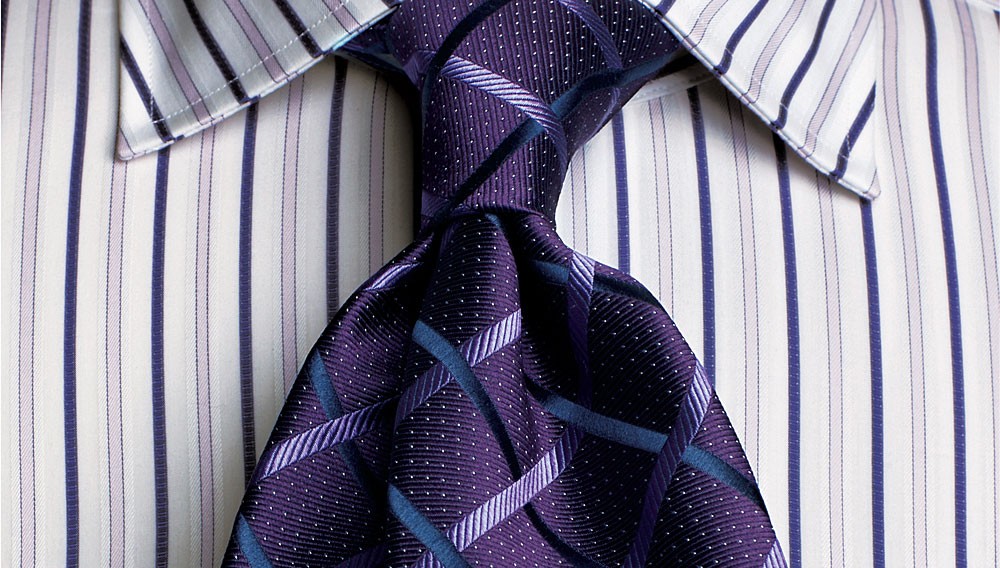 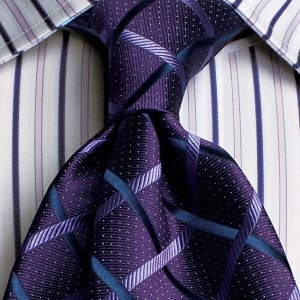 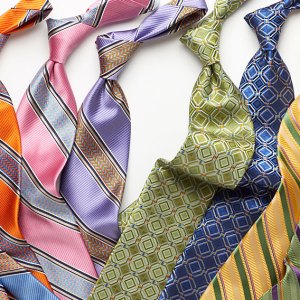 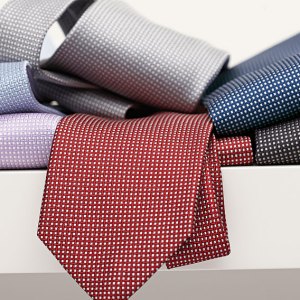 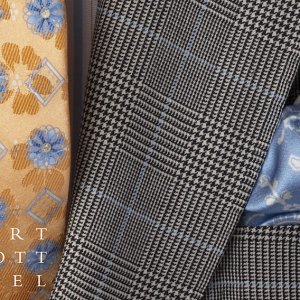 Robert Talbott neckties are made in-house at the company’s Carmel, California-based factory, where more than a dozen seamstresses still cut and sew nearly every tie by hand. The ties are constructed using a single line of thread—called a life line—down the back center with a small exposed knot near the tip that gives these ties incredible elasticity. A more visible attribute is the tie’s softly rolled edges, a look achieved by briefly steaming, never pressing, the silk into place. Robert Talbott neckwear, sold under the Robert Talbott Carmel and Seven-Fold by Robert Talbott labels, is also noted for its perfectly centered embroidered logo on the backside of the neck (versus the bell) of the tie.

In the early 1980s Audrey Talbott, the wife and business partner of Robert Talbott, came across one of her Uncle Louis’ favorite neckties, a seven-fold made by Charvet at the turn of the 20th century. Talbott was so impressed with the tie’s construction—a piece of silk folded on itself seven times without the use of lining—that six years later the company launched its upper-end Seven Fold by Robert Talbott collection, which helped reintroduce the distinctive folding method back into the lexicon of modern menswear.