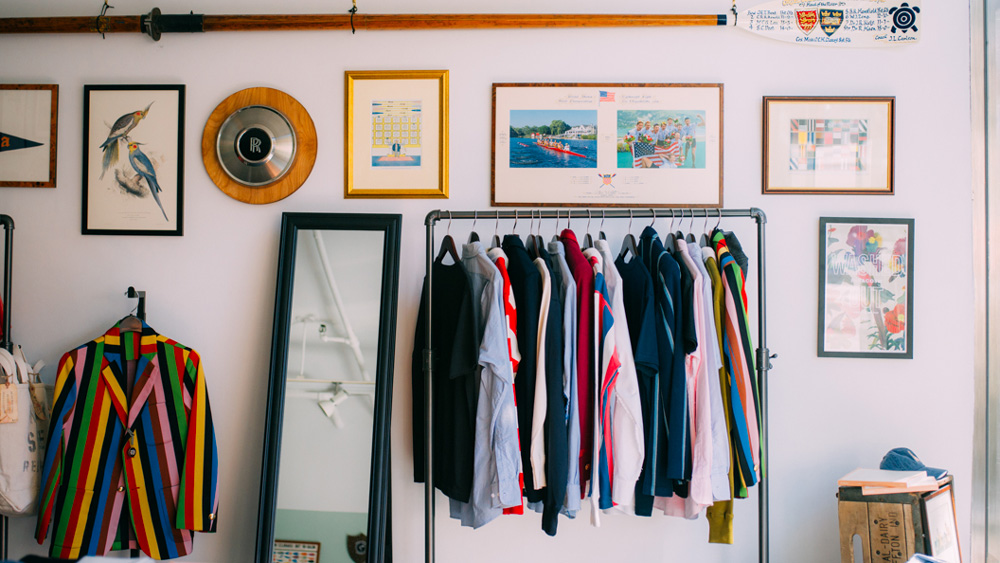 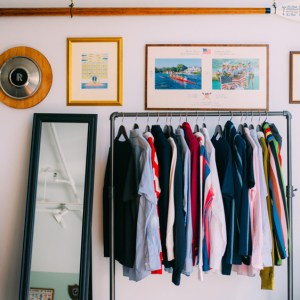 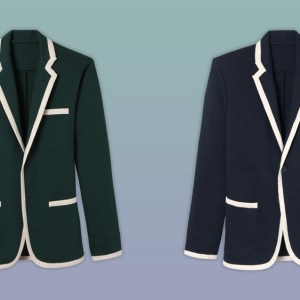 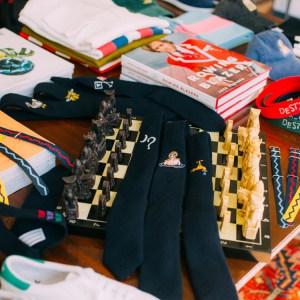 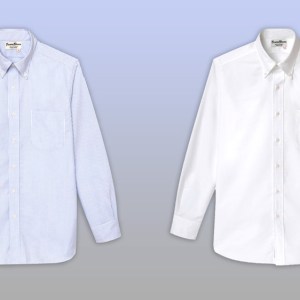 Since launching earlier this year, Rowing Blazers has quickly garnered a cult following thanks to its cheeky twist on preppy collegiate classics like double-breasted blazers, skinny ties, and Oxford shirts. Founded by Jack Carlson, a former rowing team captain for both Georgetown and Harvard universities and three-time member of the U.S. rowing team, the brand is returning to its hometown this month for a weeklong pop-up on Boston’s Newbury Street.

The Rowing Blazers Clubhouse pop-up shop will be open from December 12 to 17 and will feature a selection of the same core pieces that flew off the shelves at the brand’s first pop-up in New York City. In addition to the popular satin-trimmed blazers—many of which feature playful embroidery under the lapels and on the backside of the collar—a new selection of wear-everywhere jersey blazers will be available ($550). Though the limited-edition style is meant to be as comfortable as your go-to hoodie, its sharp white edging and impeccable cut keep it looking sharp enough to slot right into the rest of your work wardrobe. A clean-cut version of the brand’s signature distressed Oxford shirts ($175)—a style that brings to life the legend that Princeton rowing hopefuls would purposefully distress their shirts in order to appear more experienced during tryouts—will be available at the Newbury Street store for those who can’t get away with wearing the roughed-up style at their nine-to-five.

These pieces and more will be couched alongside a selection of clothing from Paterson League, a streetwear brand inspired by 1990s skate culture, and Brooklyn-based vintage shop Wooden Sleepers. To further the unique mix of preppy, edgy, and classic, the pop-up shop will feature Cambridge-blue walls adorned with a mix of vintage Babar prints, trophy oars, Rolls-Royce hubcaps, and rare N.W.A posters—meaning that there will be plenty of reasons to hang out, even once you’re all shopped out.