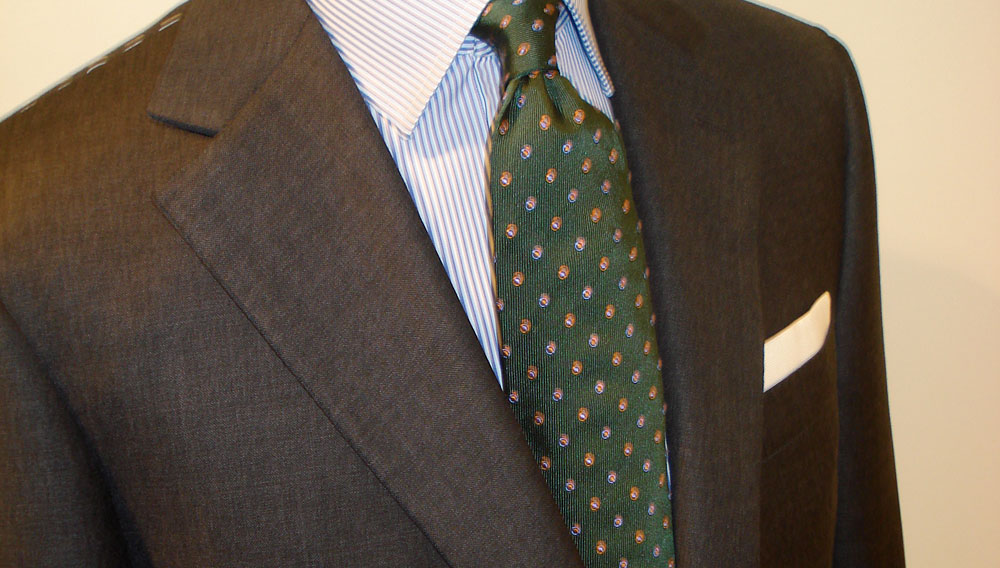 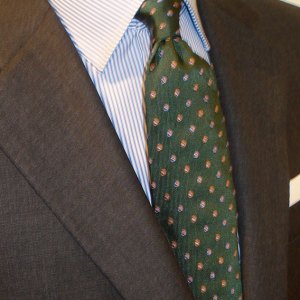 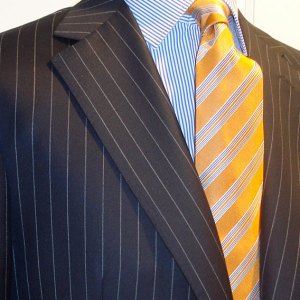 When fifth-generation textile producer Luca Trabaldo Togna took over the St. Andrews clothing factory in spring 2006 and subsequently renamed it Santandrea, a name more in keeping with the brand’s Italian roots, his objective was to bring the kind of credibility to Milanese suit making that his contemporaries in Naples and Rome have enjoyed for nearly a century. Unlike suits made in southern Italy, the Milanese style Santandrea embraces is more structured and traditional, such as those favored by bankers on London’s Fleet Street. To bring a slimmer, more contemporary athletic shape to the suits, Santandrea is the first handmade suit maker to offer Estrato, or stretch, wool and cashmere fabrics, which happen to be produced by the Trabaldo Togna family textile mill.