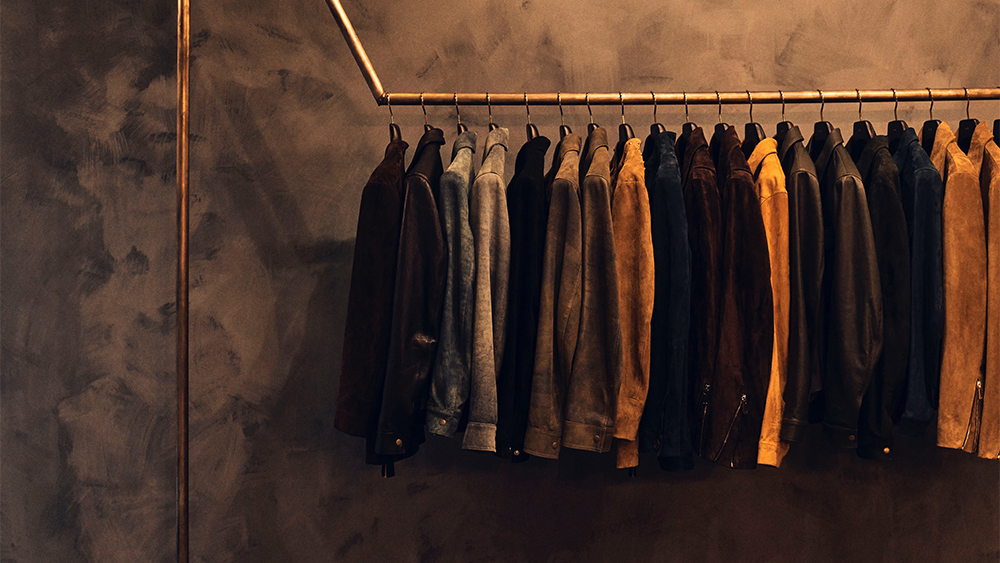 Since 2015, Savas has championed the one-off. The Nashville-based brand specializes in bespoke and made-to-measure leather jackets and, in the seven years since it launched, it’s developed a cult following of discerning dudes (and gals) who gladly make the pilgrimage to Music City for a consultation and fitting with founder Savannah Yarborough. But attaining a piece of Savas’ haute leather goods just got a whole lot easier, thanks to a new Los Angeles flagship and a ready-to-wear collection that can be shopped anytime, anywhere.

Savas’s rocker-inflected wares (and her entertainment-inclined home base) have, unsurprisingly, attracted several celebs including Jack White, Jason Isbell and Reba McEntire. So, La-La Land was a natural choice for the brand’s first permanent space outside of Nashville. Beyond the Hollywood quotient, Angelenos’ laid-back sense of style is a natural fit for Savas’s jackets. “There’s a vibe here,” Yarborough tells Robb Report. “It is the most quintessential leather town—number one because of the weather, but number two because it’s just cool.”

During the pandemic’s travel restrictions, Yarborough had to get creative about meeting with clients. She launched a virtual fitting program and began working with more and more clients on the West Coast. Now, she’s brought the proverbial mountain to Mohammed with a sleek retail space at the intersection of Melrose and Sycamore in the genteel Hancock Park neighborhood. The area is home to numerous specialty purveyors, from Bode and Just One Eye to Jeffrey Deitch Gallery. As Yarborough jokes, it’s “the block where you go to buy one beautiful thing from every store.”

The designer, who trained at Central St. Martins and cut her teeth overseeing menswear and accessories for Billy Reid, brought her moody, rocker aesthetic to the interiors with the help of local LA designer Cooper Reynolds Gross, who custom-made furniture such as a molded brass sofa with Savas calf-hair cushions and up-lit onyx vases. The space is divided into two spaces: one showcasing the new readymade offering and accessories such as boots and bags and another dedicated to bespoke fittings. The brand has even transferred some of its operations into the back of the store.

“There’s a history of garment trade here,” Yarborough says of LA, noting that she’s moved pattern-cutting and canvas production to a space behind the shop. “It’s been amazing to be able to open up to a new talent pool and also customer base. It’s really helped us up the ante a bit, you could say.”

While the bespoke commissions for which the brand is known will be available by appointment, the LA store’s biggest draw is the new collection of ready-to-wear (also available on Savas’s website), culled from the brand’s most popular custom orders: trucker jackets in buttery calfskin, Western snap over-shirts in unlined suede, Italian-made moto boots. Each style is offered in numerous different hides, offering some of the luxury of choice that bespoke affords.

“I am a creature of habit and I shop like men: Once I find that thing, I want to have all of them and I want to be able to count on the fact that I can go back and get a different version and not have had everything about it changed,” Yarborough says. “That’s something I really believe in, that consistency.”

The designer has found that there are some slight differences between her Nashville and LA customers: “There is the guy who still wants that kind of rugged Americana vibe and he goes for, you know, the more distressed and rough-hewn leathers. But then you’ve got the guy who just wants to wear his black suede shirt jacket with his gym shorts.”

That’s the beauty of Savas’s range: there’s a little leather for everyone.