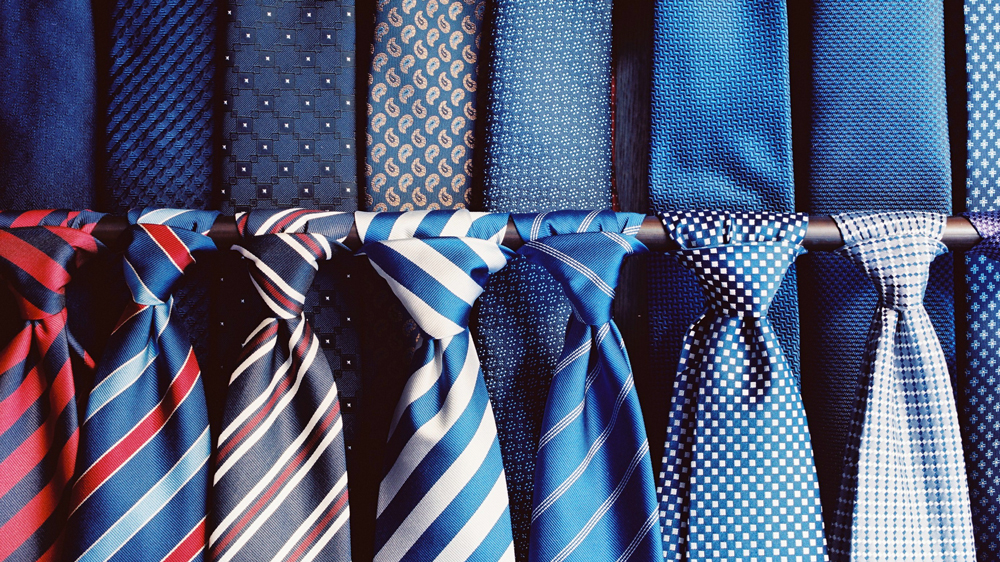 Have you heard of the SSTT? It’s a mysterious clan of menswear experts who are constantly on the move, providing a select few with the best shoes, suits, jackets, and shirts in the world. Do you want in?

Don’t worry, this isn’t the next Marvel franchise. There are no magic passwords. But what is true is that New Yorkers have direct access to more of the world’s great artisans than almost anywhere in the world, yet many don’t even know it. Parisian tailors, English shoemakers, Neapolitan shirt-makers—they all visit, trying to access discerning men in the world’s biggest economy.

Not in New York? No problem—the rest of the country is also well served. Savile Row tailors will often split up to sweep the Northeast and South, with one visiting Boston and Chicago while another goes to D.C. and Dallas before meeting up again in Los Angeles.

What’s curious is that most of us haven’t heard about these artisans or the services they offer. They are restricted to a small coterie of guys who bought bespoke generationally, or enthusiasts who have sought them out. It all happens behind closed doors: in showrooms or in hotel suites. There is little advertising, even online. Most new clients come from word of mouth.

The relative paucity of bespoke tailors in the States is largely Savile Row’s fault. Its big names have been visiting for trunk shows since the 1960s, and if the best in the world is regularly on offer, it’s hard for local outfits to compete.

That regular flow has recently become a flood. Not only are more English tailors coming, more often, but different types of artisans from other bespoke traditions are getting in on the act. Social media has increased awareness of the makers and their work— familiarizing a younger audience with soft Neapolitan tailoring and razor-sharp Japanese shoemaking— and made it easier for artisans to communicate with customers.

Shops like the Armoury in New York have helped accelerate that process. A craft-oriented menswear store that started in Hong Kong, it hosts trunk shows from the likes of Florentine tailor Liverano & Liverano— known for powerful yet lightweight tailoring—and Neapolitan trouser maker Pommella, which turns pants into works of art with its pick-stitching and other handwork.

“I’m not really one for fast fashion,” says Mark Cho, Armoury cofounder who recently waxed lyrical for Robb Report about his one wardrobe must-have: a bespoke cashmere blazer. “I love being able to spend time with a real artisan, design something together carefully, and then slowly bring it to life. Someone like Antonio Liverano is legendary in Italy because he embodies this approach. Having brought him to the U.S. market via the Armoury, it is very satisfying to see him flourish.”

Among the English tailors, Huntsman and Thom Sweeney have led the next stage of Savile Row expansion by being the first tailors to open up physical locations in New York. Huntsman opened a showroom on West 57th in 2016, which allowed customers to have consultations and pick cloth without having to wait for a cutter to visit from London. And in 2017, Luke Sweeney and Thom Whiddett opened their first international store in SoHo, which included a bespoke cutter on-site. Although their expansion has centered around ready-to-wear, they started as a bespoke operation, and it remains core to their offering in London.

“We had built up a good following through our trunk shows, but since the new store has opened, the number of new bespoke customers has grown rapidly,” says Whiddett. “People in New York appreciate that they can pop in anytime.” And bespoke doesn’t have to mean suits, either: Thom Sweeney has just begun offering bespoke bomber jackets.

So how do you get in on the action? Which artisans are available in the States, and how does the process work? At the bottom of this article, you can find a list of some of the tailoring mainstays and newcomers, together with which cities they visit. You can get in touch with them through their websites, and many will advertise trunk shows online and through social media. Following the tailors you like on Instagram would be a good start.

Appointments are booked, usually for an hour, and tend to be in the same hotel or suite each time. The exception is the growing number of makers setting up showrooms: Shoemakers Saint Crispin’s and Gaziano & Girling both have permanent locations in the same building as Huntsman.

Some artisans have also found it beneficial to group together in the same space. Florentine shoemaker Stefano Bemer, for example, has a showroom on East 67th Street in New York, which is shared by tailor Vestrucci. But the space also hosts visits from shirtmaker Luca Avitabile, tailor Solito, and trouser maker Ambrosi.

“We find having every- one together creates a great atmosphere,” says Stefano Bemer owner Tommaso Melani. “It means customers can browse other bespoke work while they wait for their appointment or chat with the other artisans.”

Personally, I’ve found a laid-back atmosphere is welcome. Even a seasoned bespoke customer can feel stressed when trying to imagine how a windowpane check will look made into a full suit or trying to decide whether to make the jacket a centimeter longer.

Of course, it’s here that a personal relationship with the artisan is key. While new devotees of bespoke will often try a handful of tailors or shoemakers, they usually settle down to one or two for that reason.

With the world’s best artisans on their doorstep, Americans—and New Yorkers, in particular—have a dizzying array to choose from. Among other shoe- makers alone, there is the traditional English style of John Lobb, the French hyper-color of Berluti, and the more sober styles of George Cleverley. Waiting for an appointment might be the easy thing; the challenge will be deciding who gets to shape your look.

The Tailors and Where They Travel To

Simon Crompton is the founder of permanentstyle.com, and one of the leading experts on the global bespoke market.