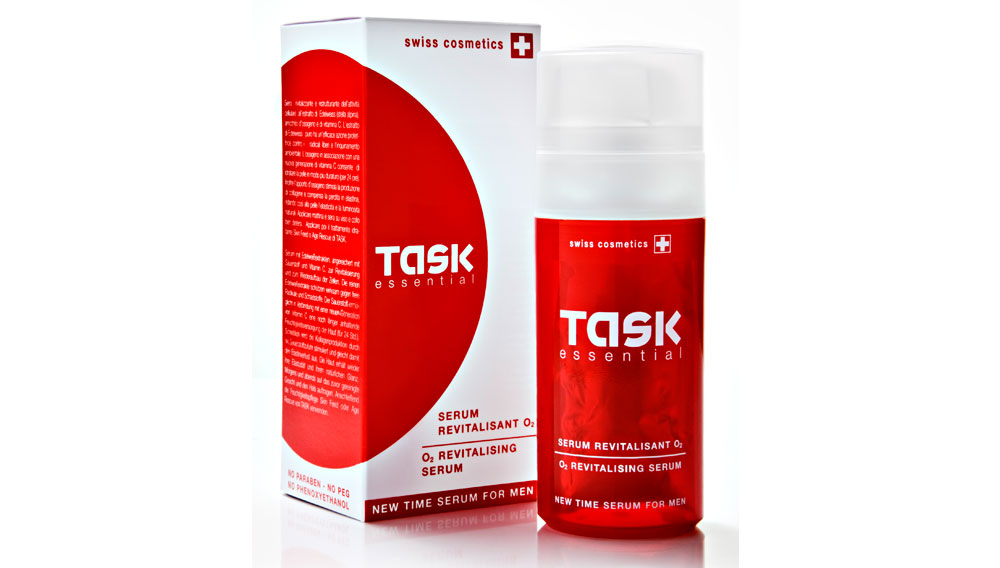 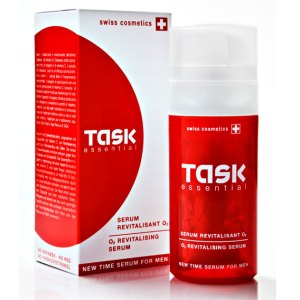 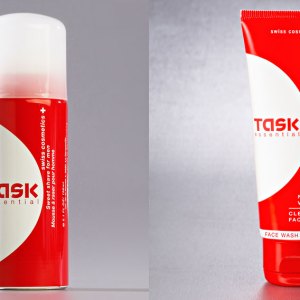 Oxygen has been thought to be a benefit to good health ever since Jules Verne envisioned the concept in his 1870 book, Around the Moon, in which the science fiction writer described rooms full of oxygen where those with weakened immune systems could go to be rejuvenated. It took more than a century for the notion of oxygen bars, first introduced as “air stations” in polluted cities like Beijing and Tokyo, to take hold in North America. That idea inspired Denis Feraille, a marketing executive, and Isabelle Couturet, a former executive at Sephora and Yves Saint Laurent, to develop Task Essential, the first men’s skin-care line to use liquid oxygen as a primary ingredient. Incorporating pure oxygen molecules with plant and vitamin extracts of edelweiss, ginkgo, and papaya, among others, Task Essential uses perfluorodecalin, working in collaboration with hemoglobin, to carry the oxygen to the blood cells. Replenishing oxygen depleted by smog, stress, and smoking has been shown to increase collagen production, which is essential for healthy skin.

Now Task Essential has been acquired by Manhattan-based Markos Drakotos, founder of the organically produced Sponge grooming line, who rolled out a new line of products this fall through Barneys New York and Bloomingdale’s nationwide. Among the oxygen-infused grooming essentials are a Face Wash, Sweet Shave, Age Redeem, and a moisturizing serum, priced from $18 to $79. The company also operates a full-service men’s grooming salon, Institut Task Essential, based in Paris, where men can get an oxygen-infused shave, as well as skin-care and spa treatments. (www.taskessential.com)