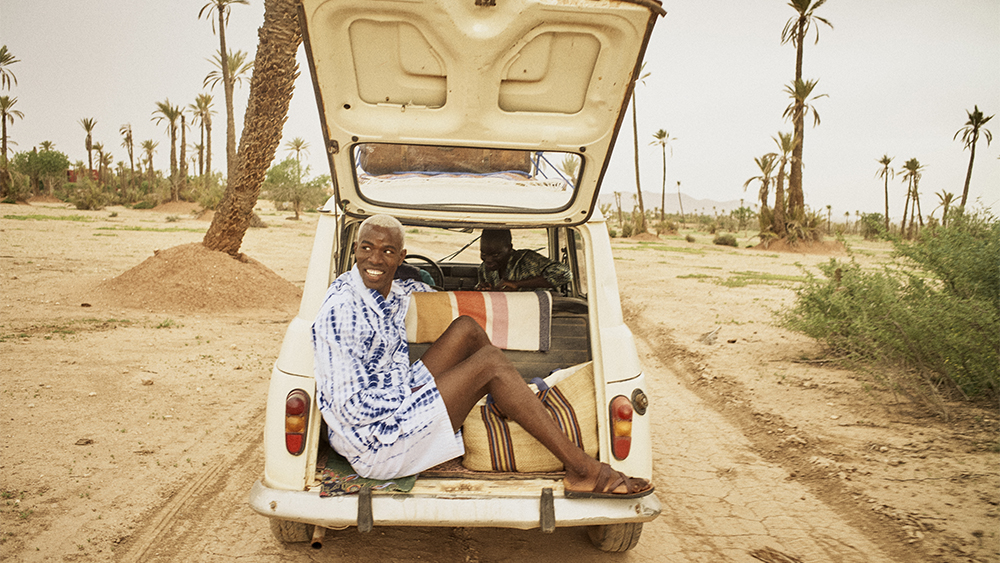 When Adam Shapiro, Dan May and Gautam Rajani first conceived of SMR Days, their idea was to provide men with the ideal capsule wardrobe for warm-weather getaways. The brand’s moniker—an acronym of the three friends and menswear industry vets’ last names and an abbreviation for summer—is itself an ode to all things sun-baked and breezy. That was back in 2019, when jet-setting was very much on the itinerary. But when it came time to launch, the pandemic put such holidays on hold. SMR Days still soldiered on and, this summer, it’s ready to make a proper splash.

The brand officially launched last November, selling the escapism of far-flung travel to homebound guys via beachy cotton and silk separates. But now that the world is beginning to open up, SMR Days is channeling a year’s worth of pent-up wanderlust into the ultimate summer road trip, making stops at a series of the founders’ favorite destinations. Things kicked off in their hometown last month, with their first physical pop-up at Joseph in London. For the Fourth of July, the party’s moving stateside with a residency at Provincetown’s Loveland, followed by a stint at Lazypoint Variety in the Hamptons, before hitting the Mediterranean with stops at the new Six Senses resort in Ibiza and Soho Soho in Mykonos.

“Let’s come clean,” Shapiro says over Zoom from the London pop-up, “The goal is always to have a work reason to take you somewhere you want to go anyway.” Unfortunately, given the restrictions still in place for British travelers, the founders won’t actually get to partake in their brand’s world tour. But, beach or not, the pandemic proved that SMR Days’ breed of laidback elegance works just as well at home as it does on vacation.

“We live in a world where, for most people, you don’t have to wear a suit every day to go to work. The pandemic has just amplified that message,” says Rajani, noting that the qualities that make SMR Days’ collection so well-suited to travel make it equally appealing for off-duty dressing at home.

May, a stylist and fashion editor who oversees the creative direction, notes that the designs are informed by his 20 years of traveling internationally for photoshoots: “Not wanting to pack too much, you want to arrive and still look good, you want to travel looking good, you’re meeting clients—something that offers all those aspects and being able to pack with ease and have variety and combinations that can be put together easily.” Think drawstring trousers and Cuban-collared shirts in prints that can be matched to mimic the polish of a two-piece suit, or worn separately with everything from an unconstructed sport coat to a cotton herringbone chore jacket.

In addition to travel-friendly ease, the other current running throughout the brand is craftsmanship. When the idea for SMR Days was first hatched, Rajani suggested they look to the vast range of traditional textiles and techniques employed throughout India. The Mumbai-native organized a trip throughout the sub-continent, sourcing small-scale makers and fabrics unique to India’s various regions.

“Every state offers you something different,” Rajani says. “You see a lot of the craftsmanship being used in womenswear, typically, but nobody takes it to a modern platform for menswear in a way where they’re proud of the ‘Made in India’ aspect.”

This season’s offering includes silk shirts and shorts featuring a graphic riff on traditional ajrak block-printing and subtle bandhani tie-dying that reads as a sort of boho alternative to butcher stripes. One of May’s personal favorites is a range of lightweight needlecord suiting inspired by a pair of shorts that the trio found in Jaipur: “People assume that corduroy is very heavy…in a suit, it’s so unexpected—the lightness and the feel of it on the skin is so much nicer than cotton, it’s like a silk.”

As a whole, the collection nails the high-earning beach bum look—a style that translates from Amagansett to Cebu to your own backyard. “Even if you are just lounging at home,” says Shapiro, “we always want SMR to imbue this sense of wanderlust, to always be dreaming about your next holiday.” August in Ibiza, anyone?