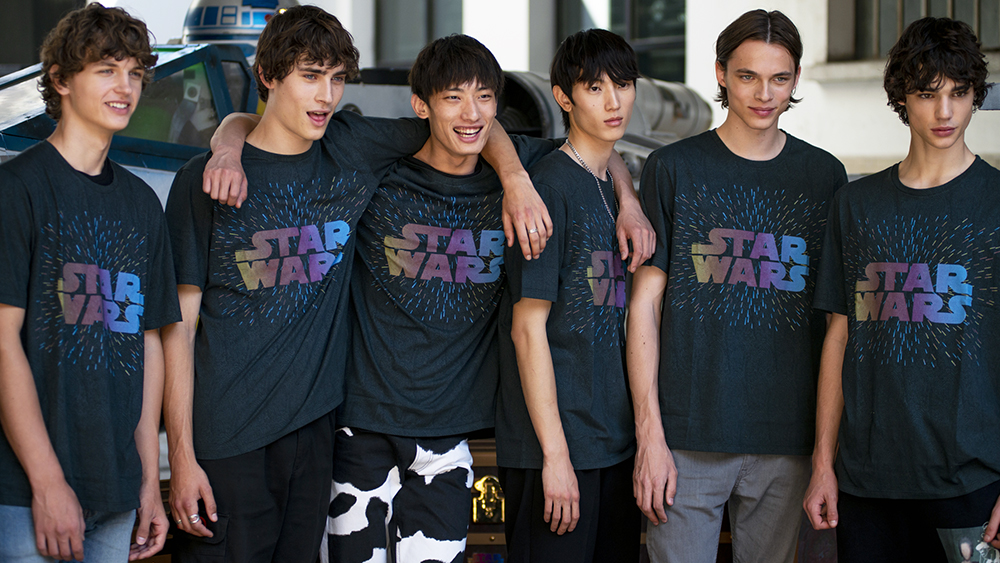 As fans continue to wait for Star Wars: The Rise of Skywalker to hit theaters in December, one major luxury brand is getting in on the action a few months early. Etro, the Italian fashion label known for its signature paisley patterns and bohemian flair, just released an exclusive line of unisex gear featuring digital prints taken from frames of classic Star Wars TV episodes from the ‘70s and ‘80s.

Among the several wardrobe staples on offer include five T-shirts, two button-down shirts, a hoodie, a crewneck sweater and a bomber jacket—all of which feature retro logos and screen prints of scenes from the original Star Wars trilogy. Princess Leia, Luke Skywalker and Han Solo are just some of the famous faces and heroes longtime fans will recognize and find on full display here. Yoda, whom the brand’s menswear creative director Kean Etro cites as his favorite character from the series, is featured on another vintage print from the saga’s second episode, 1980’s Star Wars: The Empire Strikes Back. The capsule also includes Star Wars-printed socks, a cap and a bag featuring the iconic paisley details Etro is known for.

This lineup first made its debut on Etro’s Spring/Summer 2020 men’s runway last month in Milan, where it was mixed in with the brand’s other pieces including jacquard kaftans, tribal field jackets and ‘70s-tinged accessories on both men and women in a colorful, multicultural show.

Etro collaborated with Walt Disney Pictures’ Lucasfilm (the production company behind Star Wars) for this limited-edition collection in anticipation of the J.J. Abrams-directed 9th installment of the hit franchise. Pieces from the ETRO X STAR WARS capsule are available to buy now, with prices starting at $70 for the hat, at Etro stores worldwide, select e-tailers, and on etro.com. The Rise of Skywalker will be released in the US on December 20, 2019.