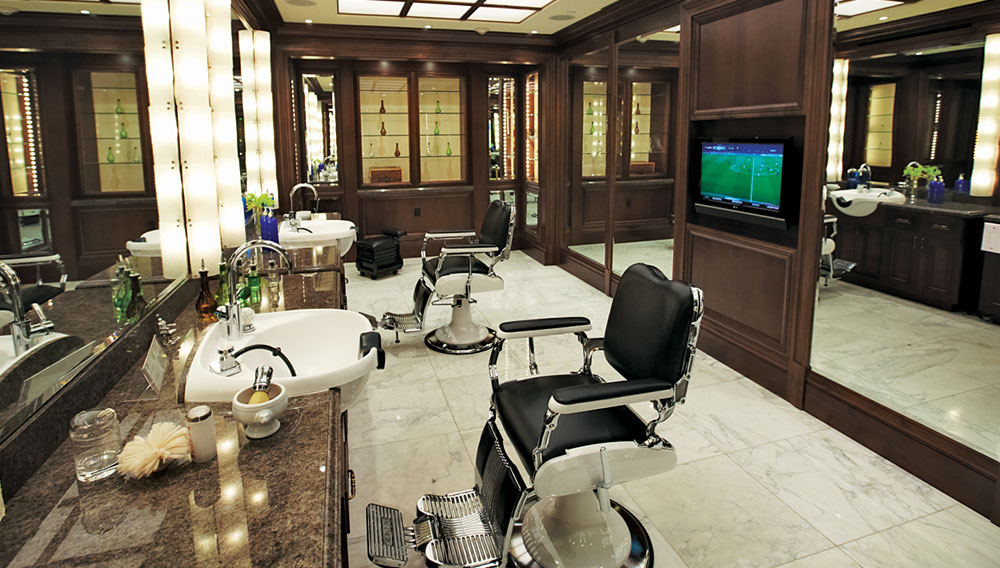 In the mid-1960s, William Gornik worked in the William Morris Agency’s mailroom, where he aspired to move up the company’s ranks. To make ends meet, he took a part-time job cutting hair at the Beverly Wilshire hotel and found that he enjoyed the high-end barbershop’s atmosphere. A few years later, Gornik took advantage of an opportunity to own his own shop and he spent the next couple of decades competing with Harry Drucker, a fellow Beverly Hills high-end barber who had founded his own business in 1936. Gornik and Drucker eventually joined forces, in 1989, to establish Gornik & Drucker (www.beverlyhillsbarbers.com). Today, the barbershop is based in the Montage Beverly Hills hotel and offers traditional straight-edge shaves, haircuts, rejuvenating facials, and shoe shines. “Men are spending more on themselves and focusing more on themselves,” says Gornik. “Having a straight razor shave is not only relaxing, it’s therapeutic if it’s done properly.”

Unlike a beauty shop, where women may devote an entire morning or afternoon to treatments, Gornik & Drucker aims to provide its services to men as efficiently as possible. According to Gornik, his customers have always valued efficiency, but the popularity of tonsorial services has ebbed and flowed over the years. Currently, he’s seeing a renewed interest. “It’s a more exciting time to be in this business today because men are more cognizant of products and styles,” he says. “They want to be taken care of and look good. We take pride in taking care of a man the way that a man should be taken care of. Plus, it’s good to have someone who knows how you tick.”