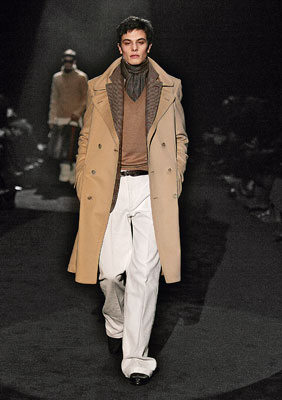 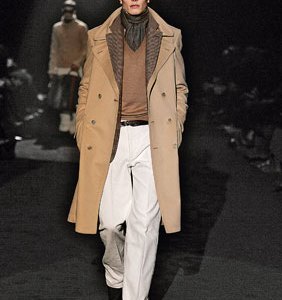 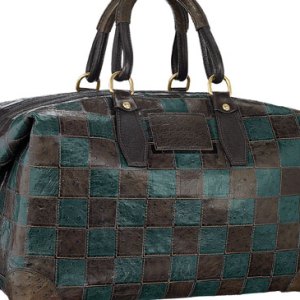 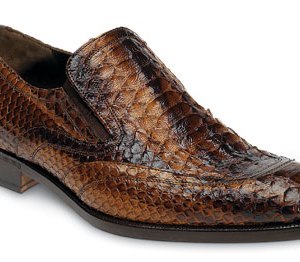 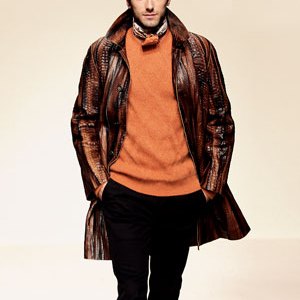 A double-breasted vicuña topcoat hangs in the back room of the Gucci store on Milan’s Via Montenapoleone, hidden from shoppers perusing the new collection. The $33,000 coat appeared in the Florentine design house’s fall 2005 runway show, but unlike the other garments on the catwalk, it never was intended for a mass audience; the company produced only two pieces.

For John Ray, Gucci’s vice president of menswear, the topcoat represents Gucci’s response to a narrow, old-fashioned notion of luxury items that defines them as expensive, indulgent, and—unlike many of today’s designer products—elusive. Gucci is offering a range of special-order items for men, including a beaver fur coat, a trench coat made of astrakhan (baby lamb fur), and a pair of its signature loafers made of crocodile skin and outfitted with an 18-karat gold horse bit. The purchaser’s initials will be etched inside each of the shoes, which are packaged in a wood-and-leather box.

Designers and designer brands such as Gucci once catered exclusively to those who sought premium quality and uncommon design. But the rise of multitiered designer empires over the past three decades has led to mass-marketing of their names and widespread access to their creations. With stores throughout the world—on premium shopping thoroughfares such as Rodeo Drive and in airport terminals—Ralph Lauren, Yves Saint Laurent, Christian Dior, and scores of others offer a piece of the designer mystique to anyone who can afford a $100 key chain or a $65 bottle of eau de toilette. Yet, this marriage between mass consumers and prestige labels, a development that economist Milton Pedraza calls “masstige,” has diluted the exclusivity that once defined designer brands. To preserve their status without sacrificing the huge profits generated by high-volume merchandise, companies ranging from Armani to Zegna are producing unique, limited edition, or special-order items that are set aside on private shopping floors in a handful of key venues and shown by appointment only to the discerning few who know enough to ask.

Louis Vuitton, for example, introduced a patchwork ostrich tote bag and another made of astrakhan, priced at $17,100 and $10,700, respectively, with its fall men’s collection. The company produced only two of each bag for the United States, and once those sell, the pieces will be available by custom order only through the company’s Paris headquarters.

In a similar vein, Ferragamo showed a python-skin jacket with matching loafers and an Argentinean white fox fur duffle and tote bag in its fall runway show. Ferragamo made only two of the $2,500 fox bags for Neiman Marcus, and another two for its own stores in New York and Beverly Hills. Those same Ferragamo shops also will be the only stores to offer the two $6,700 python-skin jackets that were produced. “We don’t create ‘limited edition’ items, nor do we say we are going to sell this or that to a particular client,” explains Brett Schenck, a Ferragamo vice president. “But there are quite a few very exclusive items that go into the marketplace in a very small way because they are so unusual or expensive. Are they one of a kind? No. But only two points of sale will have them in the world. And when they are gone, they’re gone.”

Yann Debelle de Montby, creative director at Dunhill, is quick to point out that limited production does not automatically endow an item with value or allure. “A lot of companies produce limited edition products with no soul,” he says. “They manufacture only 500 or 1,000 of them, but that alone doesn’t make them collectible. For an object to be indispensable to someone, it has to have something more than a number. The designer has to create an emotion around it. It has to speak to that part of the brain that triggers an emotion, like a pen or a watch handed down from your grandfather.”

Soon after Debelle de Montby joined Dunhill three years ago, he visited the company’s London archives, where he found a series of Plexiglas table lighters that were carved and painted to resemble miniature aquariums. Ben Shillingford created the lighters in the 1950s, and of the few that have survived, one sold at auction for $14,000. When Debelle de Montby learned that Shillingford was still alive, he coaxed the 92-year-old artist to produce a few more. “He asked for some big magnifiers because his eyes were getting weak,” recalls Debelle de Montby. Referencing his original collection, Shillingford carved aquatic forms and then commissioned a young Japanese girl to paint colorful details around these images. Before he passed away earlier this year, Shillingford finished 20 of the lighters, one of which went into the Dunhill archive. “These are hugely collectible because they were done by the original craftsman,” says Debelle de Montby, who expects the lighters to sell for about $5,200.

Other rare items from Dunhill include three completely restored Egli Vincent motorbikes from the 1950s, priced at about $60,000 each, and the Emporer pen, which is limited to 25 pieces and depicts English roses and cherry blossoms to commemorate the 75th anniversary of the partnership between Dunhill and Namiki. “Namiki artists are considered living treasures in Japan because they are hugely talented craftsmen,” says Debelle de Montby. “We have a huge duty to the customer to give him a real story in addition to a great product, so we have to work with those craftsmen who are able to put their hearts into something in order to build a dream around the brand. Many brands try to do this, but not many are succeeding.”

Hermès is one company with a long history of fulfilling its patrons’ whims, if not their dreams, by crafting one-of-a-kind pieces on demand. Far above the sales floor in the company’s Paris flagship is a private museum displaying some of the 168-year-old company’s most unusual custom creations. The inventory includes a traveling bar and a guitar case made of emerald green crocodile skin, a pair of solid platinum stirrups, and photos of motorcycle seats and car interiors fashioned from Hermès saddle leathers. Hermès recently created a $150,000 crocodile-skin Birkin bag with a diamond closure and then produced several special-order variations. Among the most exclusive items in this season’s collection is a soft-sided briefcase and luggage set called Herlight, which is made of vache naturel, or natural-colored calfskin, and built to resemble more structured hard cases. Hermès plans to produce fewer than 100 Herlight cases, priced from $5,750 to $8,650, and of those, only a handful will be sold in the United States through the company’s Madison Avenue shop.

In menswear, made-to-measure programs are becoming an increasingly popular way for designer brands to elevate the quality and exclusivity of their offerings. When ordering a made-to-measure suit, which may include as much as a 30 percent premium over a ready-to-wear suit, you can choose the fabrics and request such details as working buttonholes on the sleeves or a boutonniere holder under the lapel. Prada and Gucci both introduced made-to-measure services this fall. Available only in four U.S. Prada stores—Los Angeles, New York, Chicago, and Bal Harbour—the service offers a choice of fabric ranging from Super 110 stretch wools to Super 180 wools, cashmere, and pashmina. Depending on the material chosen, Prada’s made-to-measure suits are priced as high as $9,000. Gucci’s made-to-measure service extends beyond suits to include shirts and footwear, enabling clients to customize everything from the fabric or leather to the most minute details at prices that average about 30 percent greater than the label’s ready-to-wear pieces.

Giorgio Armani also has entered the made-to-measure business, offering the service in five of its U.S. boutiques. “Each suit is made from the very best fabrics and appointed with a handwritten label for the individual for whom it was made,” explains Robert Triefus, head of communications at Giorgio Armani in Milan, emphasizing that each suit is made by hand rather than by the industrial manufacturing methods employed for other Armani garments. A made-to-measure Armani suit can cost as much as $20,000, depending on the fabric.

While Armani may have built his empire with a good-better-best stratification of labels to cater to clients of various income levels, the Milanese master recently focused his attention on the top tier by launching his first women’s couture collection and a limited edition home line, both called Privé. “There’s been an interesting evolution in the definition of luxury, and Mr. Armani feels the word itself is being misused and abused,” says Triefus. “Too often when someone buys what they think is a luxury product, they discover later it has actually been mass-produced. So Mr. Armani was motivated to create a very exclusive label that would be essentially one-offs.

While a Privé men’s line is not planned at this time, Triefus says the designer is working on another project that should have masculine appeal: an Armani Mercedes-Benz CLK Cabriolet, which will debut this winter. The car’s interior will feature cuoio (a rare saddle leather), apparel fabrics, and matte metal trims. “There will be only 100 of them,” says Treifus, “and the first one is for Mr. Armani himself.”