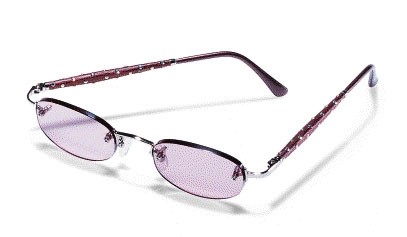 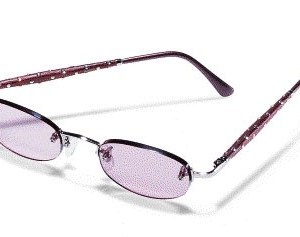 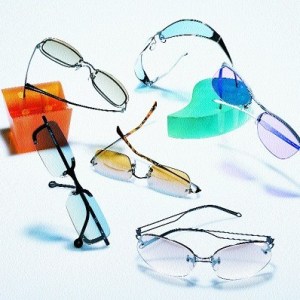 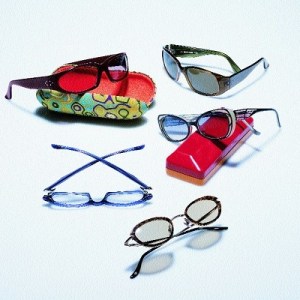 Craig Caplan did not want to cut down royal palm and rare black palm trees to embellish his limited edition eyewear, so he brokered a deal with the Waorani tribe, which controls 2 million acres of rain forest in Ecuador. The tribe agreed to supply Caplan’s company, Specs 2C,with only petrified or rare woods that had fallen because of lightning or other natural causes. “A single tree plucked from the ground could last us six months,” explains Caplan, whose company makes the one-of-a-kind frames under the Eyewood and SOL-Seeds of Life labels. “Each tree represents a limited edition series. When the wood runs out, the series ends.”

Caplan is just one of several eyewear manufacturers who are going to extreme lengths to turn what were once medical necessities into everyday objets d’art for the face. This year, natural elements such as exotic wood are a fashionable focal point. Designers are also experimenting with hardy bamboo grass, buffalo horn (from domesticated animals farmed for meat and leather), and even cultivated seeds.

In some cases the eye-catching details obscure the real news, which is about cutting-edge technology: etched and laser-cut titanium; gradient color and ghost, or flash, mirror lens treatments that refract sun but also reveal the eyes; and rimless, or drill-mount, designs with three-piece construction that allows the wearer to choose the lens shape and color.

“When it comes to technology we are less in tune with fashion and more in line with the computer industry,” explains Sheila Vance, whose company, Sama, pioneered the use of titanium in eyewear as early as 1986. Sama, which was among the first to apply lasers to frames to achieve even distribution of color and pattern, is now test-marketing frames made of lighter-weight magnesium.

Such bold innovation stands in vast contrast to the profusion of logo-driven eyewear carrying the labels of fashion designers. Often, popular designers ink licensing deals with mass manufacturers without putting a great deal of technical vision behind the products that carry their names. “Fashion designers are generally looking for whomever can produce and sell through the most outlets,” says Vance. “As a result, the quality [of their eyewear] is rarely in line with the rest of their merchandise.”

Marks of quality are also relatively easy to evaluate—once you know what to look for. Titanium or beta (bendable) titanium frames from Japan are preferred over frames made from other metals such as nickel silver, because they are lightweight, hypoallergenic, and hold their shape better. Ion-finished titanium—a process that exposes the metal to vapors or chemicals to permanently alter its color—is better than painted or chemical spray finishes, which are prone to oxidation, corrosion, and flaking.

When selecting frames, look for acetate, or zyl, which is superior to the mold-injected plastics that are commonly found in dime-store and even many designer products. “The same factories that make designer products might also turn out very low-end frames,” explains designer and store owner Edward Beiner. Zyl frames, the best of which are made in France or Italy, are not only stronger and hold their shape better, but they also allow manufacturers to mix colors or create intricate patterns using laser technology.

Of course, all the technology in the world can’t make up for a lack of style. “Another person may never look down at your shoes,” says Rodney Heeringa, a creative consultant with Toki eyewear. “But everyone always notices your glasses.”