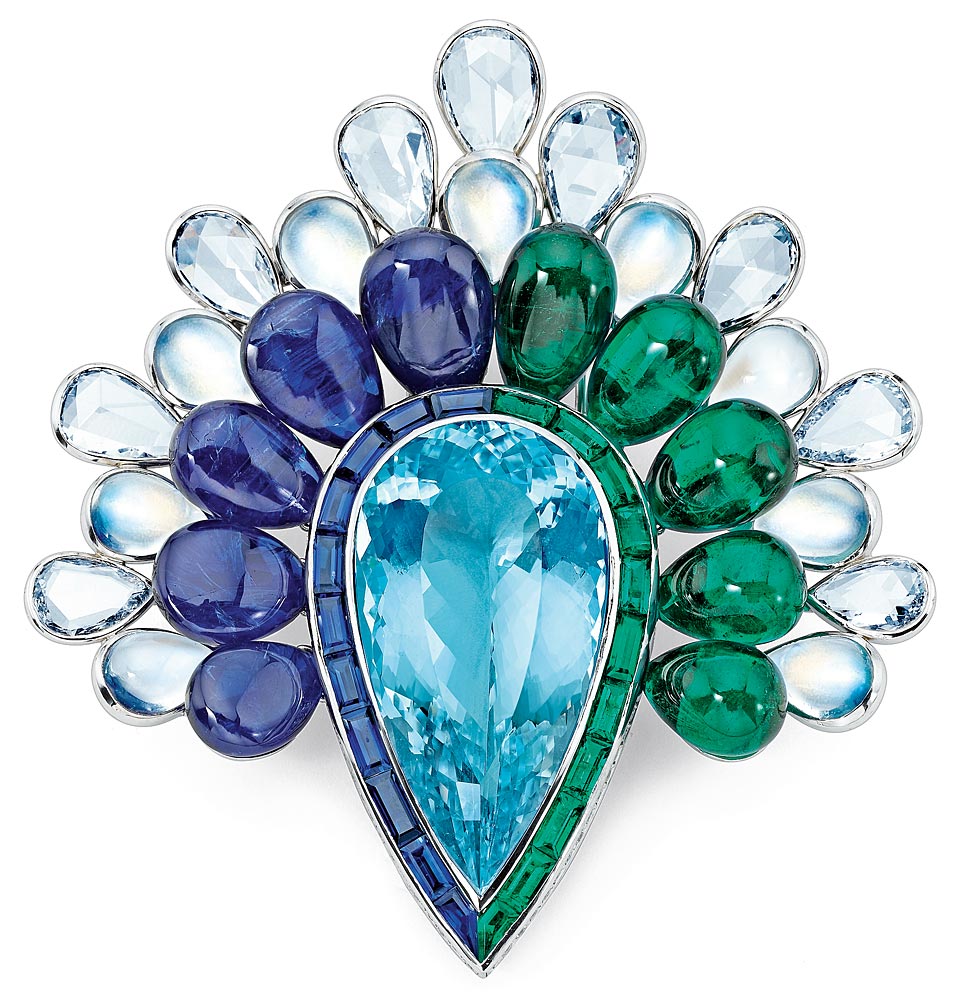 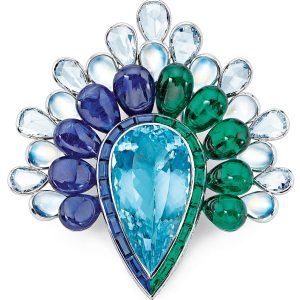 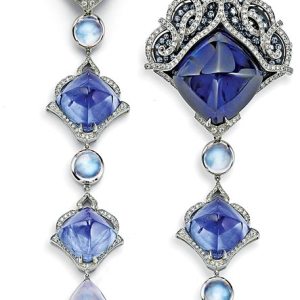 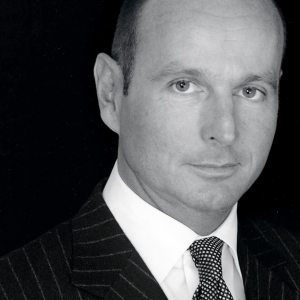 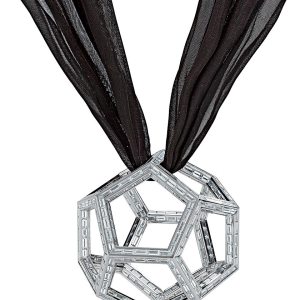 On a visit with the family of the shah of Iran at the age of 16, Prince Dimitri of Yugoslavia requested an opportunity to view the famous Imperial Crown Jewels. The request did not arise from the casual curiosity of a teenager. “I was overwhelmed by the imagery and importance of the collection,” he recalls, “and the sheer amounts of tiaras, piles of rubies, emeralds, jeweled swords, sashes, and belt buckles.”

Among connoisseurs of the finest jewelry, Prince Dimitri is something of a prodigy. The son of Prince Alexander of Yugoslavia and Princess Maria Pia of Savoy (whose royal lineage includes Charlemagne, Louis XIV, the house of Medici, and the house of Romanov), he recalls extraordinary pieces from his earliest memories, and he often toyed with jewels from his grandmother’s collection as other children might play with building blocks. But then, he grew up in unusual circumstances, having lived on the grounds of Versailles in an atmosphere thick with history, culture, and uncommon treasures.

Among the latter could be counted the jewels of his paternal great-great-grandmother, Grand Duchess Vladimir, who escaped revolutionary Russia and was known to have one of the most important jewelry collections of her time. Some of those pieces were bequeathed to his grandmother, Princess Olga, who spent much of her childhood with her distant cousins, the children of Czar Nicholas II. His maternal grandmother, Queen Maria José of Italy (the wife of King Umberto II), also had a penchant for magnificent jewels, many of which had belonged to her parents, the king and queen of Belgium. Yet Prince Dimitri’s fascination with stones and their settings extended beyond family pieces. He recollects arriving in St. Moritz for family vacations during his adolescence and satisfying his fervor for jewels by going directly to Sotheby’s to view the new displays. Later, as a law student in Paris, he spent hours gazing in the windows of the great jewelry houses on Place Vendôme.

“I have magnetism to gems, and I’m fascinated by them,” says Prince Dimitri, whose affinity for precious stones, even in their natural state, is evident in his personal adornment: a rough-cut emerald, a sapphire, and a nugget-shaped Tahitian pearl coiled around his wrist on a suede cord. “I believe in the power and energy emitted from gems.”

Not surprisingly, he channeled that energy into a 20-year career in fine jewelry. As a senior vice president in Sotheby’s jewelry division, he spent years exploring classic and historic designs for the auction house’s clients before going on to create collections for a number of different companies. Then, in 2006, his friend Sarah Ferguson, the Duchess of York, introduced him to a young Wall Street banker who, along with his wife, shared his deep appreciation for jewelry design. As their friendship grew, the couple agreed to become partners in Prince Dimitri’s own design house.

“The financing gives me the freedom to make what I want without any limits on creativity. We don’t have a plan or timeline to roll out collections or open stores; we are focused on making exceptional pieces,” says Prince Dimitri, contrasting his enterprise with the increasing number of luxury jewelry brands focused on rapid international expansion. This lack of financial pressure and emphasis on quality has enabled him to spend over a year creating several of his more important pieces, such as a pair of large translucent amber earrings whose spinels, rubies, yellow diamonds, fire opals, and garnets required more than 1,500 hours of meticulous labor to set.

After 18 months of preparation, these earrings and other fruits of his work were unveiled this fall at Prince Dimitri’s by-appointment-only salon at 5 E. 57th St. in New York. Representing his first foray into extravagant high jewelry, this artistically crafted collection consists of about 40 pieces (which range in price from $50,000 to several million dollars) that were executed in a series of small ateliers in Paris, New York, and elsewhere around the world, depending on the specific techniques required. Each design reflects his bold, contemporary sensibility, as well as the subtle details, dramatic flourishes, and historic associations of the great jewels he came to know in his youth.

The impeccable attention to detail that the 50-year-old designer gives his jewelry likewise reveals itself in the decoration of his newly opened salon. The space serves not only as a gallery in which to display his collection, but also as a comfortable environment in which to collaborate with clients on custom-made pieces. “It’s meant to be a fun experience, coming here,” says Prince Dimitri, “a place where couples can sit, have drinks, and try on jewelry; but it’s also private.”

With its circa-1880 Russian chairs (purchased at Sotheby’s), spacious balcony offering a view of Manhattan, and silver-framed personal photographs of Prince Dimitri’s family members, the salon—designed by Daniel Romualdez—conjures the cozy ambience of a private home rather than a place of business. A few vitrines in the foyer showcase the only visible jewelry pieces; the remainder of the collection resides in the safe. Jewels are retrieved one at a time for each client’s inspection.

“A designer tells a story through his work,” says Prince Dimitri. Still, each piece in his collection is a stand-alone expression, rather than one component of a thematic anthology—a common approach among designers. “My stories are cultural and historical references with a modernist style.”

These stories are often personal, too. An elaborate emerald-and-diamond tree set in a bronze cachepot is inspired by the trees that line the grounds and orangery of Versailles, which he recalls from his childhood. A large diamond-studded abstract pendant derives from his fascination with sacred geometry, which stems from the belief that certain mathematical ratios resonate throughout the cosmos. And diamonds and emeralds arranged in elaborate paisley patterns borrowed from the Persian-influenced art of the Mogul Empire hark back to his early encounter with the shah’s crown jewels. “I like the alchemy of taking from one culture and fusing it with Western philosophy,” he explains.

Yet not all of his allusions are so high-minded. The prince also sheds light on his romantic side with softly shaped gold rings that depict a melting candle, whose tiny wick is illuminated by pink and lavender diamonds. “For this ring, I imagined the very end of a marvelous party,” he says. “It’s dawn, the first light glimpsed in the sky, and finally it’s time to go home.”