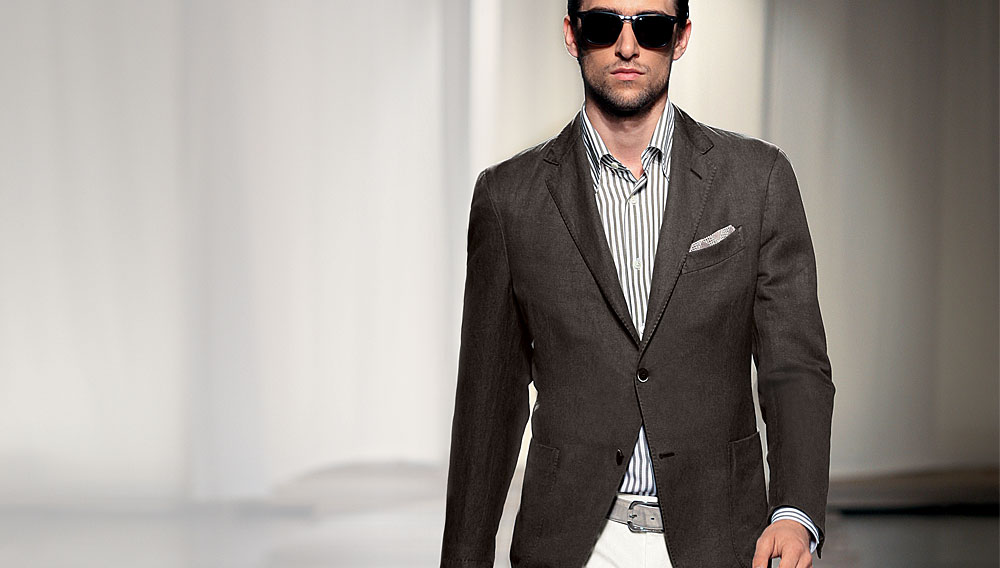 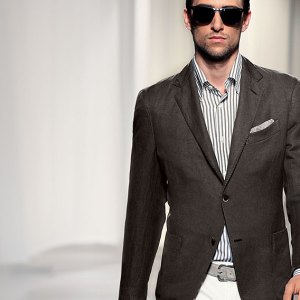 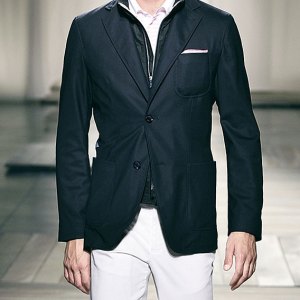 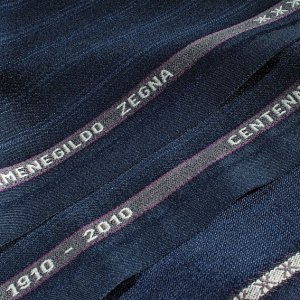 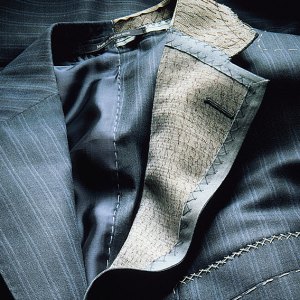 In 1910, decades before he first put his signature on a garment, Italian cloth maker Ermenegildo Zegna established his company with the introduction of a high-quality wool fabric that weighed only 500 grams per square meter—pretty good by early-20th-century suitmaking standards. More than half a century later, his sons, Aldo and Angelo, put their own stamp on the family business with the introduction of Su Misura (made-to-measure), a method of producing custom suits partly by machine and partly by hand, which transformed the Zegna company. Today, the founder’s grandchildren also carry on this tradition of innovation: Under their tutelage, the business has expanded beyond textile production and suitmaking to achieve wide recognition as a vendor of footwear and fine leather goods, a worldwide retailer, and a philanthropic entity that is especially devoted to addressing environmental concerns.

To celebrate its 100th anniversary, Zegna this year will unveil a series of small, exclusively distributed collections that not only pay homage to the company’s heritage but also showcase its design and manufacturing capabilities. A series of limited-edition products released this spring and sold only through select company-owned stores includes a timepiece, a fountain pen, cuff links, and a portfolio of rare wool fabrics for made-to-measure suits. But the centerpiece of these new offerings is the Centennial Collection, a capsule line of suits due out in the fall that is loosely inspired by founder Ermenegildo Zegna’s early-20th-century wardrobe.

Zegna also plans to strike a slightly less formal note with its core tailored-clothing business. “The most important thing this season is, we are moving away from this vision of suits being the highlight of Zegna and into a more relaxed way of dressing, in which the sport coat is now the centerpiece,” says company image director Anna Zegna.

The firm’s three labels—Ermenegildo Zegna, Zegna Sport, and Z Zegna—reflect a range of different attitudes and tastes. However, all of the new designs for 2010 (some of which appear on these pages) demonstrate the company’s ability to develop innovative new fabrics and technologies while at the same time upholding the classic style and standards that have won the brand a broad international clientele.

Locked within the fibers of many of this season’s blazers and sport coats is Zegna’s latest fabric treatment, Cool Effect, which enables dark-colored clothing to reflect 80 percent of harmful ultraviolet rays. This feature allows the wearer to “feel about 10 degrees less heat on your body,” explains Anna Zegna. The technology is reminiscent of last year’s Elements, the first temperature-regulating fabric to integrate pores that open in warm weather to release perspiration and close in cold temperatures to lock in warmth.

These advances in high-performance fabrics are only the most recent to be introduced since Lanificio Ermenegildo Zegna, the brand’s textile mill, began working with British-owned Eleksen on the development of smart-fabric technologies. The first fruit of this collaboration was the company’s iJacket, which features a built-in touch-control panel on the sleeve that allows the wearer to control an iPod without removing the device from the inside breast pocket. Other smart-clothing introductions include the 2008 Solar jacket, which has a built-in solar panel that keeps personal electronics charged, and last winter’s Ecotech Solar, an environmentally friendly jacket made from recycled plastic that incorporates its own renewable power source.

Since 2003, Zegna has awarded its Vellus Aureum trophy to the Australian or New Zealand wool grower who produces the finest fiber of the year. Over the past seven years, Zegna has stockpiled the rarest of these fibers—some measuring a mere 10.3 microns in diameter, about one-sixth the size of a human hair—to create this year’s limited-edition Vellus Aureum fabric. There exists only enough of this cloth to make 20 suits, which will each have the commemorative inscription “1910 Centennial 2010” and the client’s name incorporated into the cloth’s selvage. For fall, Zegna will also introduce its Centennial Cloth, a modern take on the company’s original 1910 pin-striped wool Fabric #1 that will be produced in its proprietary 15 mil mil 15 superfine wool, a cashmerelike fabric made from yarns measuring less than fifteen one-thousandths of a millimeter in diameter and weighing less than 270 grams per square meter. A suit assembled from this cloth will weigh less than one and a half pounds.

The fall Centennial Collection, part of the Ermenegildo Zegna signature line, comprises modern interpretations of the suits worn by the company’s founder at the turn of the last century. All of the suits—including several three-piece designs—will be cut from the company’s new Centennial fabric and bear the legend “Ermenegildo Zegna 1910 – 2010” on the selvage. Shirts, shoes, bags, ties, belts, and hats round out the collection. “It’s interesting to see how you can be inspired by the past,” says Anna Zegna, “and still be contemporary at the same time.”

Prior to entering the textile business, Ermenegildo’s father, Michelangelo, was a watchmaker. In recognition of his original trade, Michelangelo’s great-grandchildren have unveiled a rose-gold Centennial watch designed in collaboration with Girard-Perregaux and limited to 100 pieces worldwide. The Zegna centennial logo is engraved on the back of the complicated timepiece, which features an annual calendar mechanism. Anna Zegna notes that the watch has a double meaning. “It not only represents the passage of time,” she says, “but it is an heirloom passed down to future generations.”

The company will also introduce a limited edition of 100 matching silver and rose-gold fountain pens made by Omas. Each of these fine writing instruments bears selvage-inspired details and simulated stitching to honor Zegna’s heritage.