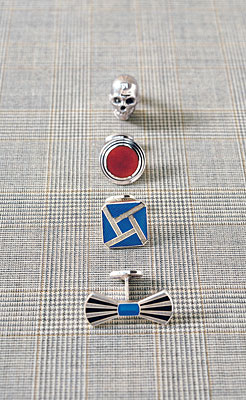 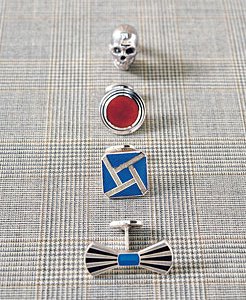 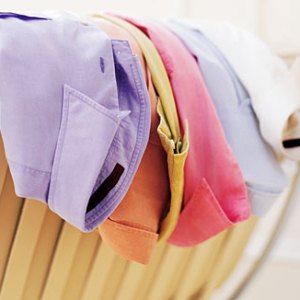 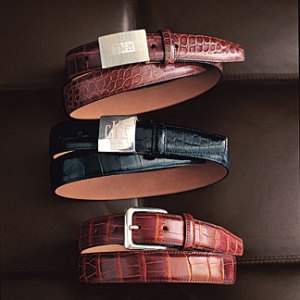 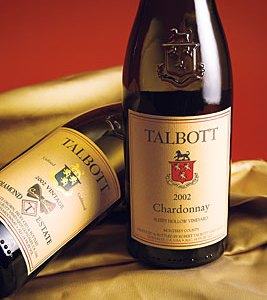 On California’s Monterey coast, in a cavernous building constructed out of reclaimed barn wood, Myong Yang, a seamstress for Robert Talbott for the last 23 years, gently folds a kite-size length of silk around a bottle-shaped cardboard necktie pattern. Then, as she will do a hundred other times on this or any other workday, Yang secures the material in place with a single gold silk thread. Neckwear manufacturers call this slip stitch, which is visible on the back of fine ties, a “lifeline,” because without it, the tie would unravel.

The gold lifeline is one of several distinguishing details of the ties that carry the 56-year-old company’s premium label: Robert Talbott Estate. The collection’s neckwear also features an embroidered logo centered on the back of the neck (as opposed to the bell) of the tie, and most conspicuous are the ties’ softly rolled edges, a look achieved by briefly steaming, never pressing, the silk into place. “Silk has a strong memory, so once it’s ironed, it is almost impossible to remove the creases,” explains Emily Jensen, Talbott’s vice president of production.

Upstairs from where Yang and dozens of other seamstresses make Robert Talbott Estate ties is a smaller workroom where a team produces coordinating Estate dress shirts both by machine and by hand. They sew the preshrunk Egyptian cotton with single-needle stitching (22 stitches per inch) to achieve a clean, durable seam, and number and mark each of the handmade shirts with the owner’s name. Even shirts that are not entirely handmade feature as many as seven hand-sewn finishing touches, including collars, sleeves, gussets, and, in some cases, eyelets on collars to facilitate the use of collar bars. The sewers appoint every Estate shirt with mother-of-pearl buttons that are triple-stacked, so that they will not break, and toggle-stitched, like those on a sport coat, so that they are easier to fasten.

Bob Jensen, Talbott’s vice president of design for the last three decades (and Emily’s father), introduced the Estate collection in 1997, 11 years after the brand debuted its Seven Fold tie collection, its first foray into premium handmade products. Before mass production transformed tie manufacturing in the early 1930s, a necktie was crafted from a single piece of silk that was folded seven times and secured with a thread. Prior to reintroducing the seven-fold into the American fashion lexicon in 1986, Talbott persuaded retired tie maker Lydia Grayson, a master of the labor-intensive craft, to train its staff. “We thought it would be this little niche item when we started out,” explains the elder Jensen. “But we sold 10,000 of them last year.”

The success of Seven Fold eventually spurred the creation of Estate, which has enabled Talbott to expand into other product categories. Two years ago, William Freeman, a former buyer at Paul Stuart in New York, and designer Gary Wasserman, former head of design for the menswear brand Sulka, joined Talbott and have reinforced the exclusivity of the Estate label. They chose to segregate the shirt collection into three tiers—ready-made, made-to-measure, and handmade—and color coordinated the shirts and ties for the first time. Wasserman further enhanced Estate’s cachet by limiting its distribution to Talbott’s 50 best specialty retailers nationwide. Outside of the United States, Estate is sold exclusively at Harrods of London, which offers the brand as the American anchor of its new international men’s boutique, alongside France’s Charvet and Italy’s Luigi Borrelli.

“We’re estate winemakers,” explains Wasserman, referring to the family-owned Talbott Vineyards, which produces small quantities of premium Chardonnay and, more recently, Pinot Noir. “So it made sense that our Estate shirts and ties be equally exclusive.”

Diversifying into wine was a dramatic move for the conservative Robert Talbott, who passed away at the age of 80 in 1986. But Talbott was not completely averse to taking risks. He left his Wall Street investment banking job in 1950 to build his own business around the hand-sewn silk bow ties that his wife, Audrey, a former store buyer, had made for him and friends as Christmas gifts. A year later their company began producing conventional four-in-hand neckwear—a term derived from the knot that 16th-century English carriage drivers made to hold the reins of four horses simultaneously.

In 1982, Talbott expanded into dress shirts, but with characteristic reserve. “Robert loved English dress shirts, especially those from Turnbull & Asser,” recalls Jensen, who developed the collection. “One day he cut the tail off a blue-and-white poplin shirt and said, ‘We ought to have this shirt in our shops.’ Unfortunately, Mr. Talbott’s vision of being in the shirt business was to create one shirt design per season,” he says, noting that he convinced his boss to produce a broader collection, which the company sold in the four Robert Talbott shops (in Carmel, Pebble Beach, Dallas, and New York) and to the specialty stores that carry the collection.

Talbott bought its small Texas shirt supplier, Lucerne Shirt Co., in 1988 and moved it to California. Talbott eventually modeled its Estate shirts on a Lucerne design, which the Texas company had based on a Sulka shirt from years earlier.

According to Jensen, the only areas of diversification Talbott ever discussed besides dress shirts were his son Robert Jr.’s foray into winemaking and a more progressive tie line called Studio, which launched a year after Talbott’s death. “When he saw the early prototypes for the first Studio line, he said, ‘I wouldn’t wear that to a dogfight,’ which was one of Mr. Talbott’s favorite expressions,” remarks Jensen. “But he let me do it anyway because he thought they were so ugly that they would make all the other Robert Talbott products look good.” After reaping the label’s rewards for 18 years, Talbott recently relaunched Studio as Chelsea to update its image. Chelsea is one of the company’s five proprietary labels—including Robert Talbott and Best of Class—which are sold at more than 600 specialty stores nationwide.

Following Talbott’s death, his wife, Audrey, became chief executive, but she exhibited a management style that was dramatically different from that of her husband, who marketing director Susan Benson remembers as “a real micromanager who never delegated anything.” Talbott was such a stickler for detail that he personally carried his sample products from store to store in old shoe boxes, taking orders on the inside lids and crossing out the numbers when the shipments had been filled and billed. In the 1990s, Audrey feared that the trend toward casual dress could jeopardize the company’s neckwear sales, which reached their zenith in 1990, when Talbott shipped nearly 1.4 million ties. Diversification had become a necessity, prompting the brand to introduce complementary items such as sport shirts in 1996, sweaters and knit shirts in 2000, and cuff links in 2001. The rapid success of these items—all of which are produced in Europe and the Far East, separately from the company’s American-made Estate collection—encouraged further expansion into women’s wear, belts, and handbags. Most recently, Talbott added men’s and women’s leather and shearling outerwear, a favorite of Bill Potter, who became the company’s president in 1998 and chief executive after Audrey’s death in 2004. Prior to joining Talbott, Potter had spent 16 years running the now defunct Sawyer of Napa leather outerwear brand. Over the past decade, diversification helped Talbott double its sales to $55 million, says Potter.

“My mother understood that if we didn’t diversify out of shirts and ties we’d be dead,” says Robert Jr., who solely owns the company and runs the winery, which he established in 1982. His wife, Cynthia, is president of the Audrey Talbott women’s division.

Diversification continues to be Robert Talbott’s lifeline. Twice a year, its retailers travel to Monterey to pass along their clients’ wardrobe wants and needs. “They asked us to coordinate our sweaters and sport shirts with hosiery, which we introduced this summer,” says Potter. Trousers, he adds, can be expected within the next two years. For the time being at least, suits and sport coats are not part of Talbott’s plans, although prominent American producers Oxxford Clothes, Hickey Freeman, and Hartmarx all have made overtures to manufacture tailored clothing for the company.

“Tailored clothing is a natural extension for us, and our customers would like to see us do it,” Potter explains. However, while the company employs numerous sportswear and leather-goods experts, says Potter, it does not have anyone in-house who understands the construction and fit subtleties of tailored clothing. “Right now, we have no real plans to make suits,” he says. “But if you had asked us before 1995 if we would do anything besides dress shirts and neckwear, we probably would have said no to that, too.”

T-shirt The 13 Best T-Shirts for Men, From Levi’s to Brunello Cucinelli
ad