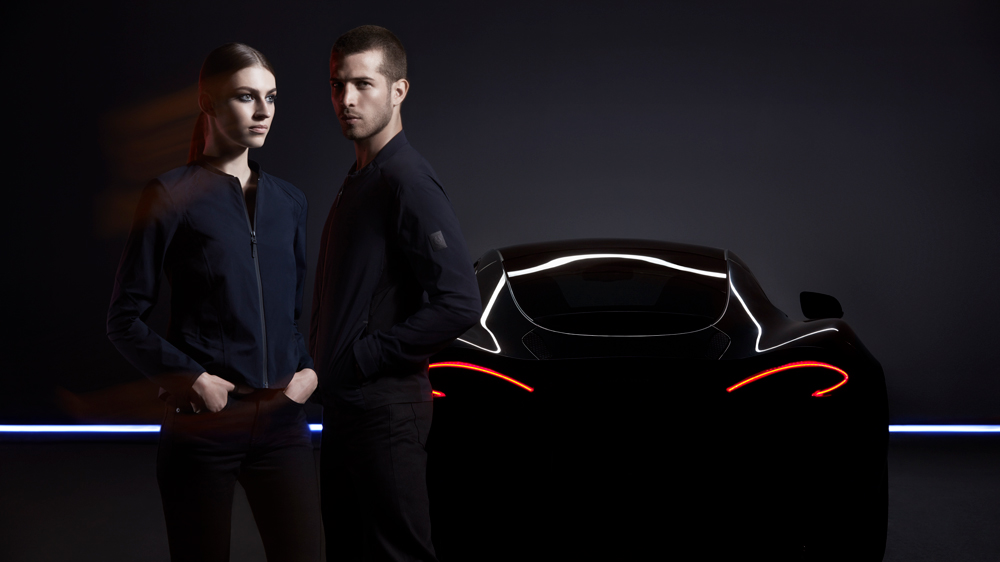 Unless you’re Lewis Hamilton, you likely don’t need clothes specifically designed for driving. That said, shoes engineered to help you push pedal to the metal and jackets engineered to make buckling up as comfortable as possible can make getting behind the wheel of your daily driver—even if you’re just racing to the office—a little bit more fun. So it’s no surprise then that supercars and luxury fashion have long been fast friends, and two new collaborations from McLaren and Belstaff and Ferrari and Berluti shift this relationship into high gear.

The Belstaff x McLaren capsule collection, which hits stores today, marks a return to British outerwear brand’s racing roots. The 10-piece men’s line leans heavily on the 94-year-old brand’s performance roots, engineering slick tech-savvy takes on the classic Belstaff Harrison bomber jacket ($675) and the slim café racer leather jacket ($1,595). The former, available in a graphite grey and classic navy, features Belstaff’s signature waterproof fabric, which has been upgraded with McLaren’s function-forward ethos in mind. Both feature ergonomic, heat-bonded seams, mesh ventilation, pivot armholes, and almost invisible padding through the shoulders—all of which make reaching for the wheel of your McLaren Senna easy, and avoid any discomfort caused by your seat belt.  The capsule is rounded out by a sharp pair of trousers and an easy white button-down shirt, making the shift from hotrod to C-suite exec a breeze. 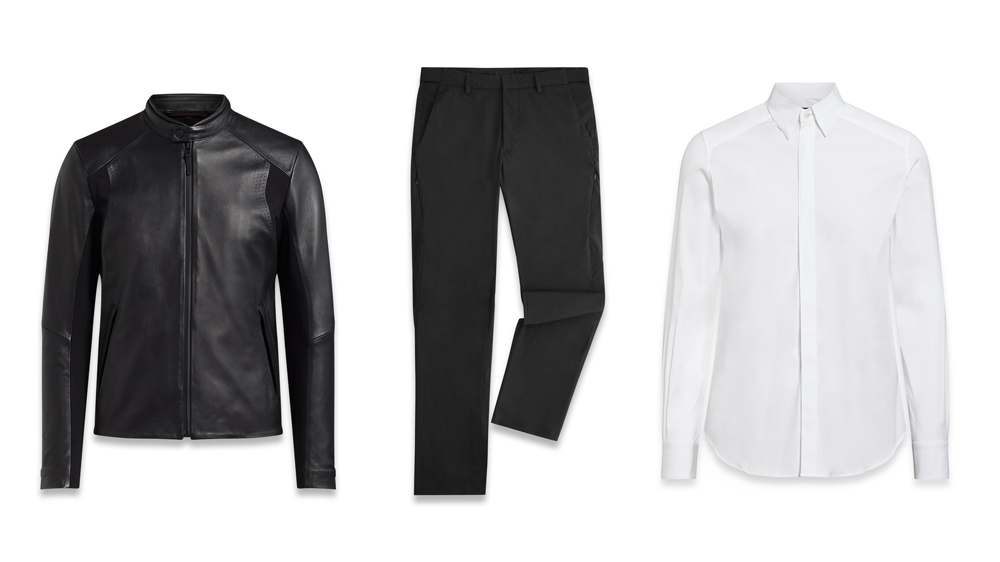 The collaboration between Berluti and Ferrari follows a similar vein, albeit with a luxe, gentlemanly twist. Designed to mark the release of the already sold-out Ferrari Monza Sp1 and Sp2, the capsule shoe collection sticks to the classic menswear track. Each of the three styles—a Chelsea boot, slip-on dress shoes, and a lace-up pair of oxfords (from $2,080, available now at Berluti stores)—all feature sleek, curvaceous shapes inspired by the lines of Ferrari’s most iconic models. In addition to mirroring the Prancing Horse’s aesthetics, each shoe is built with carbon-inserted soles developed in collaboration with Ferrari to provide maximum grip while driving. If you were one of the lucky 500 to reserve an SP1 or SP2, Berluti will also kit you out in a specially designed carbon fiber helmet (as the car doesn’t feature a roof or windshield) and a carry-all bag, which are not available to purchase separately. But if you didn’t get your hands on the car, we think the flash of Ferrari red in the soles of your exquisite new shoes is consolation prize enough. 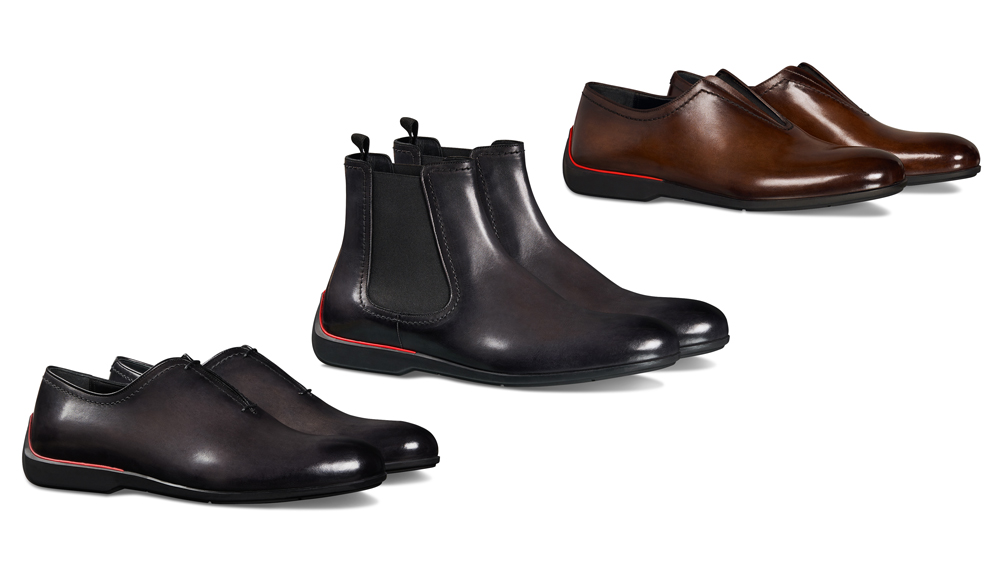