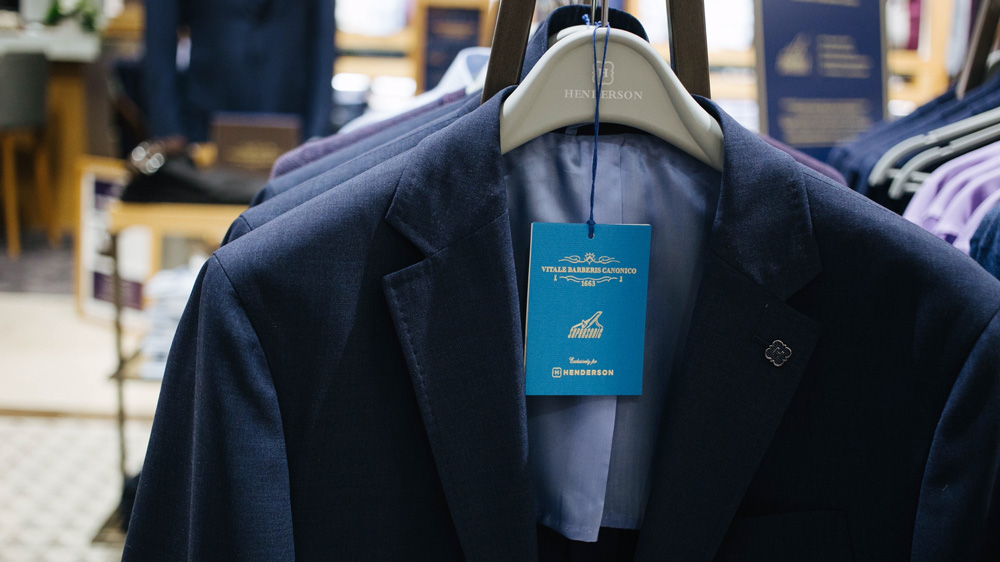 When it comes to suiting, there is only so much that can be changed, only so far the envelope can be pushed. That is, until you finally land in the realm of incredulous remarks like “Where are you planning to wear that?” So instead of playing with exaggerated cuts and bold prints, many of the top houses have instead channeled resources into a different, practically invisible breed of innovation: fabric technology.

Investing in fabrics that are more comfortable and more durable is nothing new—Ermenegildo Zegna founded his eponymous business on it over a century ago—but more recently the pace has quickened, with brands like Canali rolling out one ultra-crease-resistant or waterproof wool after the next. And now one of the oldest manufacturers in the business, Vitale Barberis Canonico, has entered the arms race—launching the Supersonic fabric in collaboration with Moscow-based tailoring brand Henderson.

Unfortunately, the 100 percent wool fabric isn’t actually supersonic. But it is a distillation of what the mill—which was founded in 1663 and is currently run by the 13th generation of the family—does best. It is perfectly lightweight, with Henderson’s sharp Supersonic blazers (approximately $390, available at Henderson’s Russia boutiques or by emailing info@vitalebarberiscanonico.it) clocking in at a comfortable 300 grams. That means you won’t turn into a puddle during the summer (low-weight wools are the secret to Italian men’s ability to make summer suiting look effortless) and will be able to layer it up nicely over the colder months. This breathability is increased thanks to the wool’s high-twist yarns—a fabrication that also helps increase resistance to literal wear and tear, as each individual fiber is harder to pull out of place than with traditional weaves.

The classically cut styles also feature plenty of hidden stretch—making sharp shoulders and nipped-in waists feel like a second skin. That stretch also means the blazers are sure to be a business-trip favorite, as it increases wrinkle resistance and ensures the jacket will fall back into its original shape no matter how quickly you’ve thrown it into your suitcase. Each is finished off with a water-repellent treatment so you’ll look cool, calm, and collected—even if you’re running through life at hyper speed.