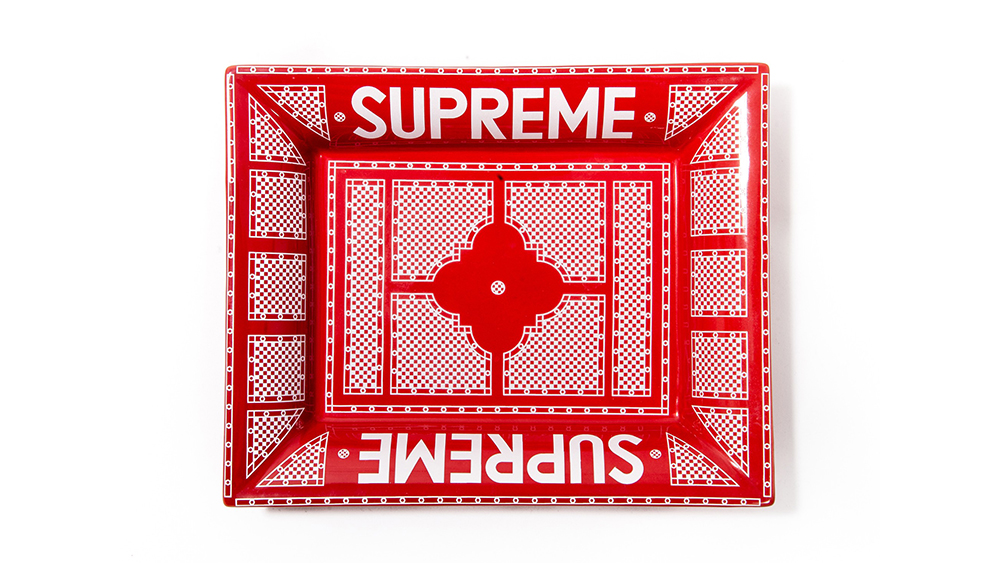 Streetwear fans and collectors rejoice, Sotheby’s is offering up pieces from one of the world’s biggest Supreme collections for auction this week.

The British auction house is selling 1,300 goods and accessories from the private collection of Yukio Takahashi, the company announced in a press release. Entitled Supreme Vault: 1998-2018, the online-only auction—accompanied by an exhibit in Hong Kong this coming weekend—includes pieces the U.S. based collector has picked up over the last decade that show off the brand’s unprecedented ability to mix luxury, art and skate culture. Including nearly every accessory Supreme has ever produced, the Vault is the most complete collection of the legendary skate and streetwear brand’s offerings to hit the auction block up until now.

While Supreme may be best known for its iconic box logo tees and hoodies, its playful and sometimes baffling assortment of accessories is what really get collectors’ pulses going. Some of the more eye-catching pieces in Takahashi’s collection include a white Supreme x Fender Stratocaster guitar (expected to sell for between $5,000-7,000), a Supreme x Coleman CT200U minibike ($6,000-8,000) and the now-legendary Supreme x Stern pinball machine ($50,000-80,000), supposedly one of only ten in use around the world.

“The brand’s accessories are at the same time unpredictable and entertaining,” Takahashi said. “You can expect a skateboard. You can expect another t-shirt. No one expected a brick. Or a sled. This collection best presents the ‘F–k You We Do What We Want’ ethos of the brand.”

Founded in 1994, Supreme started out as a skateboard and clothing shop in downtown New York but has grown into a global brand over the last quarter century, worn by big-name celebrities and bratty skate kids alike. In recent years, it has embarked on a number of collaborations with more established brands like Nike and, perhaps most notably of all, Louis Vuitton.

Items from Takahashi’s collection are up for bid until 11 p.m. EDT on Monday, May 27.