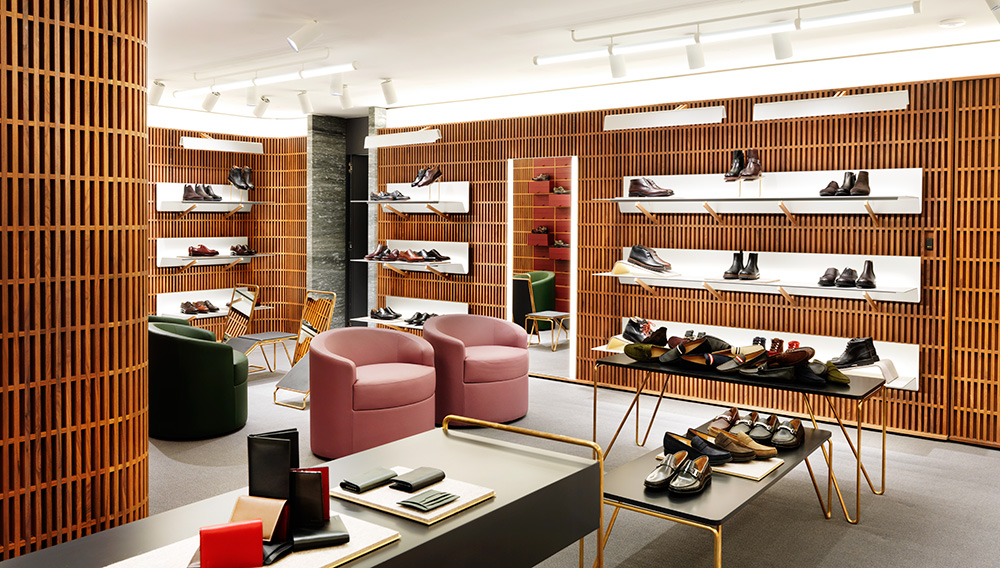 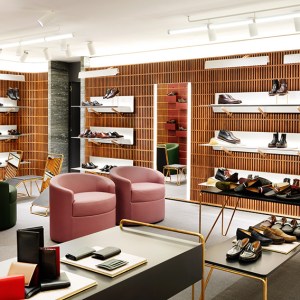 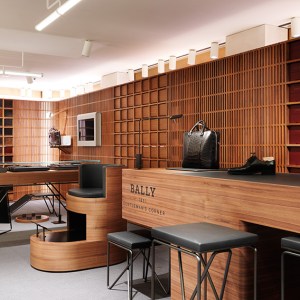 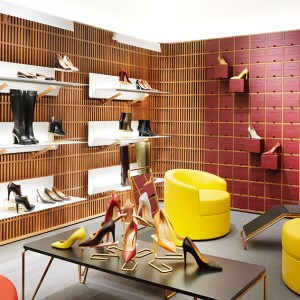 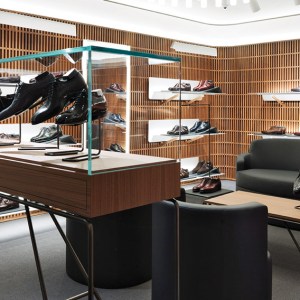 With a new flagship store and enhanced services, a venerable shoemaker steps up its game.

New Bond Street’s boutiques did not lack for foot traffic on a particular summer day earlier this year, but perhaps no shop on London’s famed thoroughfare was as lively that afternoon as Bally. Inside, on the store’s second level, clients gathered around as a master craftsman used various cloths to apply dye to men’s leather shoes. He was layering and achieving different textures in the way that an artist puts paint to canvas. It was a special one-time event, a chance for patrons to see firsthand the company’s capabilities, and so customers continued to stroll in as the artisan worked before his rapt audience. Some considered acquiring new customized pairs, selecting bespoke touches—finishes and hand-painted ­symbols—in high-voltage hues, including purples and greens. The details delighted, and quite possibly surprised, the crowd.

Contemporary and unconventional are not what one expects to find at Bally, the 164-year-old Swiss brand known for traditional men’s shoes. But the company’s expanded offerings and recently unveiled stores—among them the London flagship, which debuted last fall, not far from the New Bond Street shop opened by Bally back in 1882—are challenging that preconception. “Our job isn’t to reinvent the brand,” says CEO Frédéric de Narp, “but to help people rediscover it.”

Ripe for that rediscovery are more options in the footwear and accessories realms, such as stylish city boots, sporty briefcases and multipurpose totes, and even a small collection of men’s and women’s ready-to-wear. On the services side, customers are likely to have an experience that goes beyond buying a pair of shoes. At the London shop, which was designed by the British firm David Chipperfield Architects, clients can relax on leather club chairs or couches on the main level, amid sleek, lattice-like wood walls and artful shoe displays, as they contemplate the choices for made-to-measure shoes or have their footwear colored, waterproofed, or shined.

Such artisan touches are ingrained in Bally’s heritage. Carl Franz Bally founded the brand in his home’s basement in 1851 with the aim of producing shoes by hand from leather of the highest caliber. More than a shoemaker, he was a footwear pioneer: In 1870, his company introduced the Goodyear machine—the welt-stitching device invented in the States by Charles Goodyear Jr.—to Europe. He integrated the equipment into Bally’s processes in 1896, and by the end of the decade he had created boots well suited for hiking and winter pursuits. Examples of the company’s creations—more than 35,000 pairs of shoes dating back to the late 19th century—are shelved chronologically at the brand’s archives in Schöenenwerd, Switzerland. Included in that impressive assemblage are hiking boots in the style that Bally originally created for Tenzing Norgay to wear on his history-making climb of Mount Everest, with Sir Edmund Hillary, in 1953.

Today, the historically traditional brand is in step with a new generation of discerning clients who appreciate Bally’s tried-and-true techniques and consistent quality but want more style and customization. Fresh and innovative designs such as the Scribe Novo Light—footwear with what de Narp says is the lightest Goodyear construction ever made—fit that bill. “It appears like the perfect dress shoe,” he notes, “but it has the comfort and grip of a sporty shoe with its rubber sole.” About a year in development, the handmade Scribe ($1,195 to $9,550 per pair) is a variation on the model designed in 1951 by Bally’s grandson Max. It is part of a made-to-order program that allows for 333 combinations of styles, soles, colors, and skins. Also new from the company are sneakers and hiking boots that may not endure an epic trek in the mountains but promise to make a stylish statement on New Bond Street and beyond.