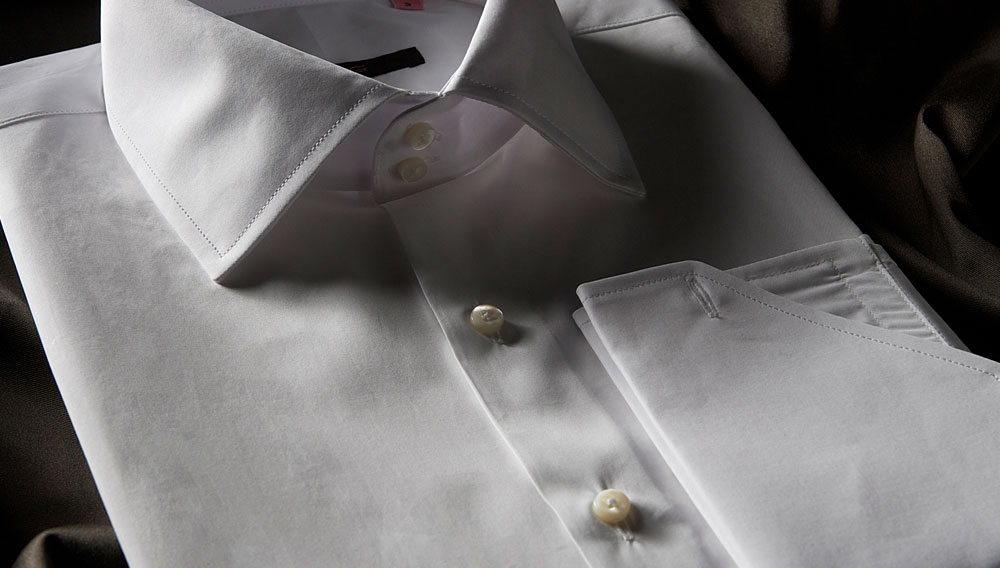 “I just wanted to create the perfect high-quality dress shirt,” says Roderick Tung, the 34-year-old cardiologist and designer of the new LA-based brand Tung, whose line of men’s dress shirts are available on his web site, and will be launched at Neiman Marcus this fall.

By the start of his medical career, Roderick had amassed dozens of dress shirts from top brands, yet had become increasingly dissatisfied with the selection in ready-to-wear. He found that there were few variations on the four C’s of dress shirts—cloth, collar, cuff, and cut—unless custom made. So Tung began to dabble in designing dress shirts himself…“and who better than someone who has so many?” he joked.

Tung was looking for a classic, quality dress shirt available in edgy patterns, long enough to wear tucked in for work, yet short enough to be left out for leisure. He also wanted a collar that would maintain its shape whether it was worn with or without a tie; he wanted a shirt cut for the athletic V-shaped male, rather than the many he’d had darted; and he wanted it available right off the rack.

Tung went in search of Italian shirt makers who could marry, what he described as, an “Italian luxury-feel with British elegance.” His new shirts also feature a 100-thread-count minimum. “By starting out as the little guy,” he said, “I had to top the thread counts of most luxury brands.”

Tung’s latest design, a take on the classic white tuxedo shirt, features a 200 thread-count with two-ply Egyptian cotton (at around $400).  Other innovations include his dramatic take on the spread collar called the Super Spread, which has a 180-degree cut with a single-button closure, and the four-inch cutaway Oversized French cuff with single-button placket.

“It is amazing to step into my favorite LA boutiques, that I’ve been shopping in for years, and see them carrying my shirts,” says Tung, who continues to work in medicine while designing shirts. (www.rodericktung.com)