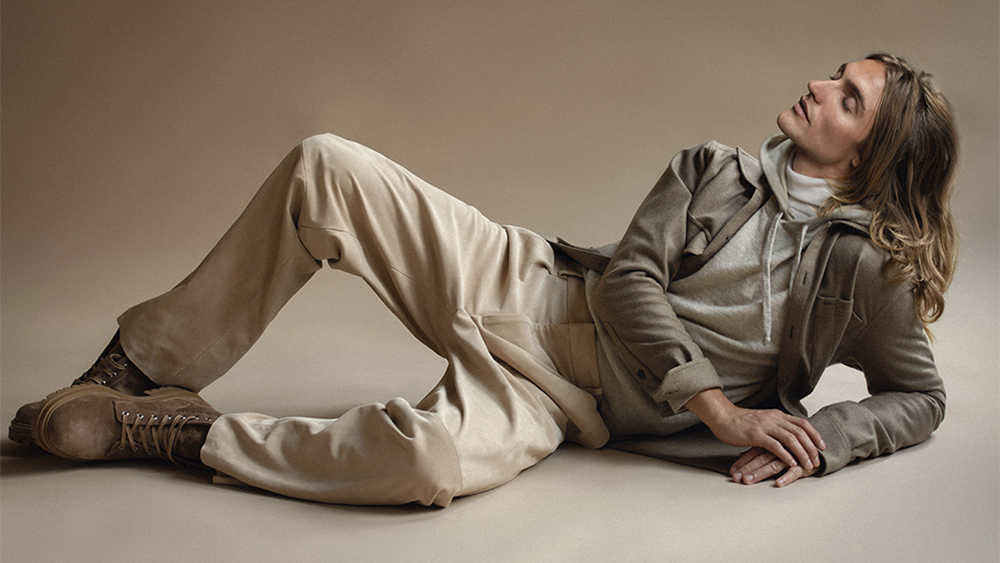 Despite being born and raised in Canada, Teddy von Ranson is well-versed in American style. Part an innate sensibility, part due to 15 years designing for Ralph Lauren, von Ranson’s take on the classics has earned him a reputation as one of American menswear’s most exciting new talents.

The fashion designer, who hails from Toronto, was a widely creative kid. He loved drawing and painting but also had an interest in what everyone from his mother to his teachers was wearing. Convinced that fashion would be easier to break into than fine art, he’d already set his sights on a design career by the time he was in high school. He landed in LA, studying at the Fashion Institute of Design and Merchandising. Shortly after graduating, he moved to New York City at the age of 24 to work for Ralph Lauren.

“Working for Ralph Lauren felt like home,” von Ranson says, noting how pervasive Lauren’s style was throughout his childhood. “There were just so many brand codes that were innately part of my upbringing…I grew up wearing vintage duffle coats, twill corduroys and Shetland sweaters. When I found myself at Ralph, it was just such a comfortable fit.”

Although von Ranson found himself on the womenswear team, he says the general mentality was “you can’t design womenswear at Ralph Lauren without understanding menswear.” His time at the brand allowed him to fine-tune his knowledge of traditional men’s tailoring while, being on the women’s design team, also pushing the envelope a little more and developing a more unconventional aesthetic.

During his tenure, Von Ranson climbed the ranks to become a key contributor to numerous Ralph Lauren collections and special projects, including uniforms for the Olympics and Wimbledon. After his 15-year stint, he was hired by the Frye Group to launch apparel and turn the bootmaker into a more fashion-driven company, spearheading a full collection of both men’s and womenswear.

“It was an exciting chapter in my life,” von Ranson says. “I got to take all my learning and put it into practice. When I pivoted away from Frye, I knew it was time to start my own brand, and it had to be menswear. I always felt like there wasn’t a lot out there for the male consumers.” Designing for guys during his time at Frye, von Ranson says “helped me realize how passionate I was about menswear.”

Von Ranson says that now was the perfect time for him to launch his eponymous menswear line because customers are ready for something new. “My lens is more on target with where the modern man is going,” he says. “Men are playing more with fabrications, colors and proportions.” Despite making his debut for spring 2020—a challenging time for any brand, much less one just trying to get off the ground—von Ranson’s vision of modern menswear has struck a chord.

His designs are grounded in a certain American pragmatism—classics like double-breasted suits and Crombie coats are a fixture—but infused with a subtle sense of irreverence: trousers are often cut wide for a louche drape, traditional tailoring is spliced with utilitarian details, leather and punchy colors make frequent appearances. Where his recent resort collection nodded to Ivy Style with cricket sweaters and rugby shirts, von Ranson’s spring lineup has a SoCal surfer undercurrent seen in bold Baja stripes and breezy open-knit polos. The sartorial sensibilities of both coasts seem to be a constant influence.

While his brand is just in its infancy, von Ranson has already found success. The collection is stocked by retail heavyweights like Neiman Marcus as well as indie boutiques like New York’s the Conservatory. And judging by the reception to his recent presentation at New York Fashion Week, von Ranson is most certainly one to watch—and wear.