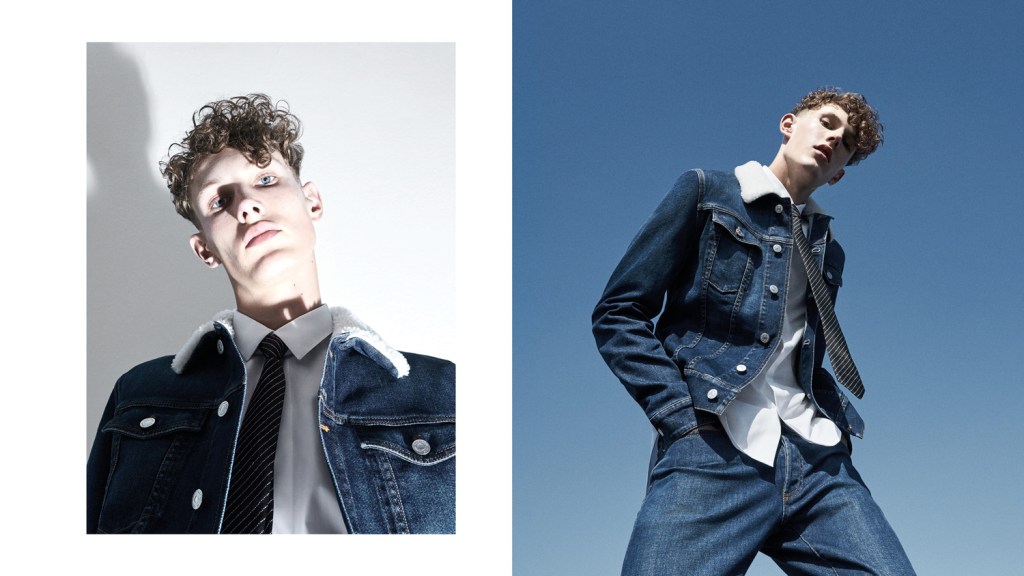 Known for his slim-fit suiting with a blend of street-chic appeal, Dior Homme’s artistic director, Kris Van Assche, is introducing the French house’s signature look in denim. Van Assche has dabbled in denim before by mixing it in with his main collection, but now a new 28-piece offering will be available for a limited time. As previously formal environments get increasingly casual, work wear has taken on a whole new meaning. It’s a cultural shift for dressing that Maria Grazia Chiuri, Dior’s artistic director for women’s wear, first took note of when she introduced denim on her couture runway. Now, Van Assche is following suit for men.

Van Assche’s denim for Dior maintains the slim-fit aesthetic essential to the brand while incorporating elevated touches on engineered cuts and details, such as sheepskin collars and snap-stud buttons on raw indigo, vintage black, and bleach washes. A pair of five-pocket jeans and a denim shirt are meant to be paired with skinny ties in keeping with Dior’s menswear codes. Design flourishes like Dior’s silver-embossed black leather logo have become external embellishments, rose patches adorn the shoulders of a slim-fit Dior button-down, and carefully placed rips in jeans or a denim jacket are accompanied by messages reading, “Standing in the crowd one night.”

It’s fitting then that Dior chose the aptly titled boutique Patron of the New to showcase its denim line. Located in New York City’s Tribeca neighborhood on 151 Franklin Street, Patron of the New sells high-end clothing for a clientele whose tastes are anything but buttoned-up. Dior has built out a pop-up shop in the location, where it will be selling its new denim through February 18. On the West Coast, a pop-up at 424 Fairfax Avenue will open from February 15 to 25. Customized pieces with the initials of each city will be available at both pop-up locations. The denim collection will be available in select Dior boutiques following its February debut in New York and Los Angeles.