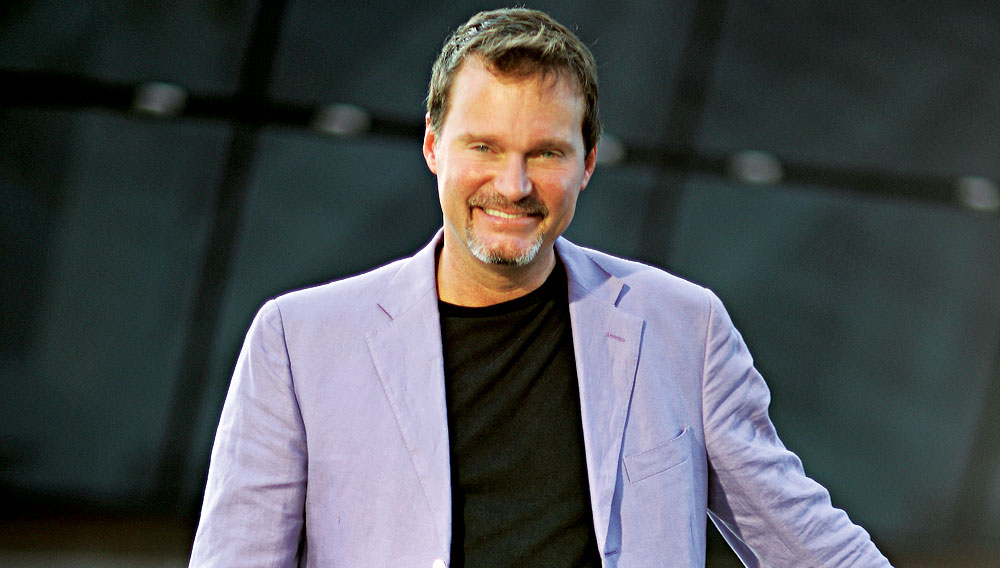 Michael Ault is the son of a Van Cleef and the stepson of Dean Witter. As such, the 48-year-old nightclub owner and promoter spent his childhood jetting between New York, London, Palm Beach, Fla., and other chic locales, absorbing the finer points of hospitality that he would later put to good use. His background in elite entertaining—combined with a level head and a thick address book—has sustained him through a 30-year career that spans more than 85 nightclubs on five continents. Most recently (scheduled at press time for September) the founder of the Pangaea opened his sixth edition of the club, this one at the Marina Bay Sands resort in Singapore. Unlike its predecessors in New York, London, and elsewhere, the new Pangaea is set entirely underwater—a place where Ault, an avid scuba diver, feels right at home. —Sheila Gibson Stoodley

Many things you enjoy, such as scuba diving, have solitary aspects to them. Is that a deliberate choice?

It’s exactly that. The nightclub business is so stressful, and there is so much human contact. I have to deal with literally thousands of people on a nightly basis. So when I’m not working, I don’t want it creeping into my mind in any way. I tend to escape through these pursuits. Even the way my wife and I like to travel is very focused. We’re not just on a tour looking out the window, we’re in Madagascar studying a certain type of lemur. Whether I’m collecting or scuba diving or sitting in a library in the basement of the Louvre studying a certain type of Greek pottery from the 5th century BC, the intensity and the focus of it, I’m sure, is a subconscious way of balancing out the other side of my life.

Tell us about your Louis Vuitton luggage collection.

My parents and my grandparents on both sides traveled with Louis Vuitton trunks. I always thought they were fascinating and beautiful. I collect the rare ones—the crocodile-skin ones that were made for the Aga Khan, the special-order ones. Now they’re getting very hard to find. I have a few that I use as pieces of furniture, but the collection is largely in storage and is probably going to be there for the rest of my life. [Laughs]

What is the first thing you look for as a collector?

You started collecting guns before you were 10.

Dean Witter was my stepfather from about the time I was 1, and he raised me until he died in my arms when I was 13 or 14. Dean was a gun collector, a shooter, and a hunter, and he judged a man by how good a shot he was. I developed the interest along with him, though I collected different types of guns.

Do you have a favorite?

A pair of ivory-stocked, heavily carved 16th-century Dutch flintlock horse pistols. They’re absolutely magnificent, stocked from the end of the barrel to the end of the butt in hand-carved ivory. Because the butts have Ottoman heads carved in them, I imagine the pistols were intended for an Ottoman sultan.

You say you draw inspiration from military figures.

I’ve studied every war, from the Sumerians and Egyptians up until what happened yesterday. There are a great many types of military leaders. There are some like General Georgy Zhukov, who was Stalin’s warlord, a brutal steamroller type. Others, like Julius Caesar and Alexander the Great, would play the ultimate game of bluff and conquer just through sheer audacity. Other men like Napoleon and Frederick the Great would simply outmaneuver their opponents. They were the true geniuses of the martial arts, who could see through the fog of war and react and move decisively.