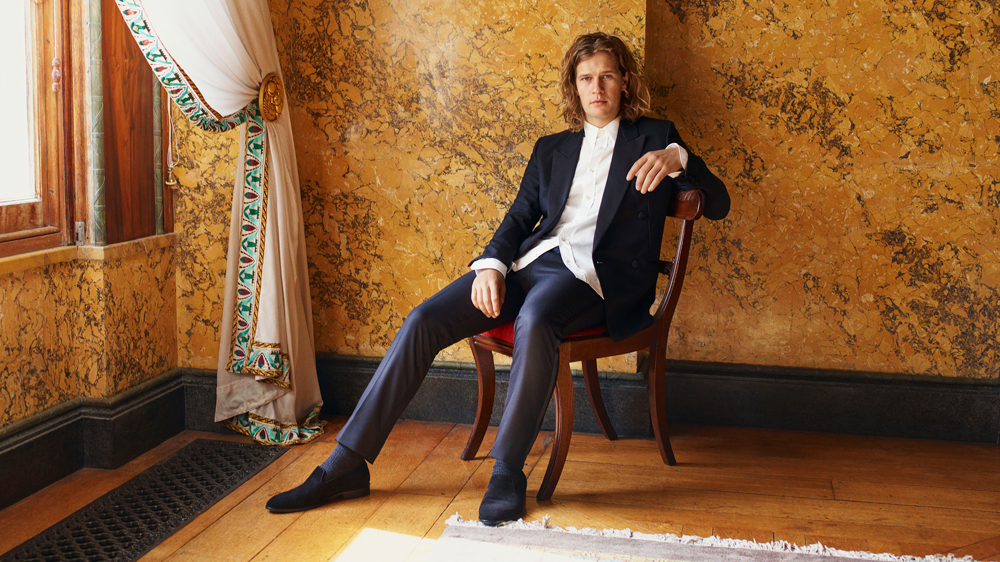 Typically, celebrity-backed brands are not what we’d consider the pinnacle of discerning taste (though, don’t get us wrong—some, like David Beckham’s revival of Kent & Curwen, get it right). But this is decidedly not the case with the Row, a deadly serious label from one-time child-stars Mary Kate and Ashley Olsen. The twins have been quietly moving the needle in ultra-fine womenswear since their immaculate tailoring and separates hit stores in 2006. And now, they have turned their sharp eyes to menswear, launching their first men’s collection exclusively on online retailer Mr Porter earlier this week.

The line is a neat return to the brand’s roots—which the sisters named in honor of Savile Row. And though nothing is actually manufactured in that menswear mecca, its sharp suits and understated, wear-for-a-lifetime aesthetic upholds the legacy of its namesake nicely. Throughout the 38 piece collection, neutrals reign supreme; there’s nothing flashy about the slim fit navy Julian double-breasted blazer ($3,150) or the lightweight camel-colored cashmere Daniel turtleneck ($1,495) to those not in the know. But those in the know, will notice the former’s fine Japanese construction and clock the perfect slouch of the Italian made collar and cuffs on the latter.

This approach, where basics are as elevated as possible, weaves its way throughout the rest of the debut collection. Off-duty staples like a bomber jacket and light-wash jeans receive serious upgrades when done in a deep charcoal grey suede and Japanese selvedge denim with enough give that they’ll mold to your frame after their first couple of wears. And on the formal end of the scale, the Row’s Mark tuxedo ($5,795) is a subtle step back from outré eveningwear, forgoing shiny silks and velvet for matte grosgrain lapels and Escorial wool—an especially rare material sourced only from the descendants of the Spanish Royal flocks that once grazed outside of El Escorial.

Taken together, the line looks like a tightly edited wardrobe (though with the marked absence of shoes—here’s to hoping they’ll be a part of the next drop). Everything is practical—pairing with other pieces seamlessly and serving as a no-fuss uniform for nearly every event you could have on your iCal. But almost miraculously, nothing is boring. Count us in.