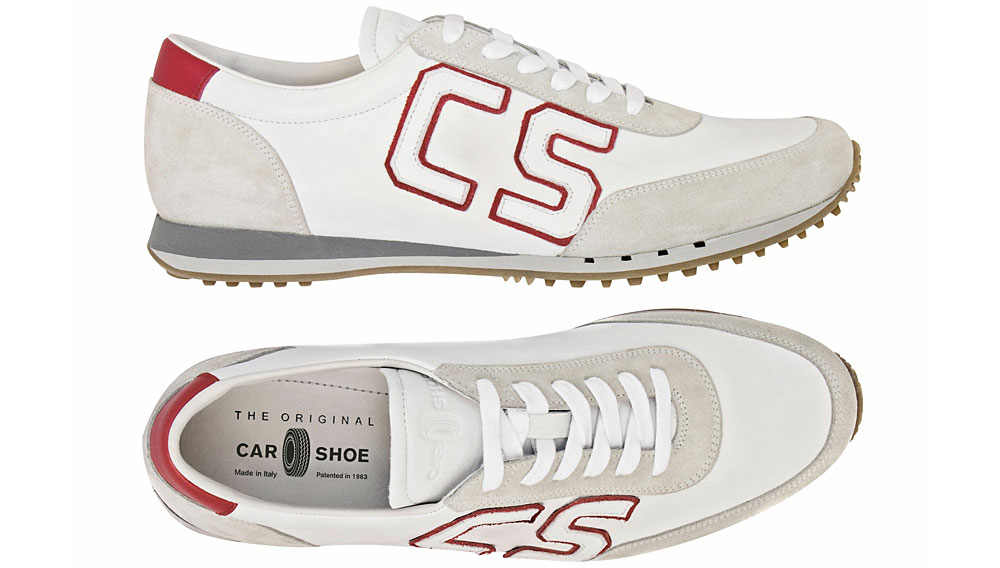 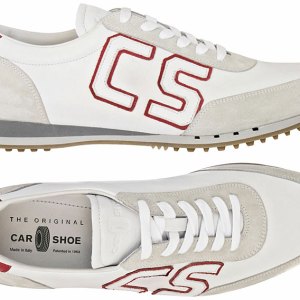 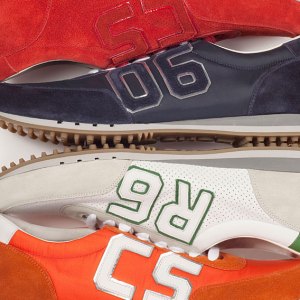 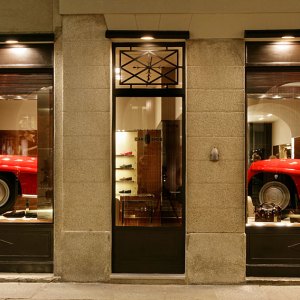 Artisan shoe maker and race car enthusiast Gianni Mostile steered men’s footwear in a whole new direction in 1963 when he patented his soft leather driving moccasin with soles constructed entirely out of tiny colored rubber nubs.  The prototype for the modern-day driver shoe impressed Miuccia Prada and Patrizio Bertelli, the husband-and-wife team behind the Prada brand, so much that they bought the Vigeveno, Italy-based Car Shoe brand in 2001. The Prada Group has subsequently expanded the Car Shoe product line, which is sold in more than 200 retail shops worldwide.

Beginning this winter, Car Shoe is offering a customization service with the launch of its new Monogram CS-1.0 program. It offers customers numerous options for its sporty CS walking shoe including materials (leather, suede, rubber, and nylon), colors, and numbers, as well as changing the decorative CS lettering on the side to your own personal monogram.  Initially the new service will be offered at Car Shoe’s stores in Milan, Capri, and its newest store opening on Piazza San Lorenzo in Rome at the end of September.  “We will have a touch screen computer inside to allow the customer to make his selections,” says company spokeswoman Valentina Danieli, noting how the customization process will add about $70 to the $320 shoes. Beginning in March 2010, Car Shoe hopes to expand the concept worldwide wherever the brand is sold. (+39.02.798345, www.carshoe.com)