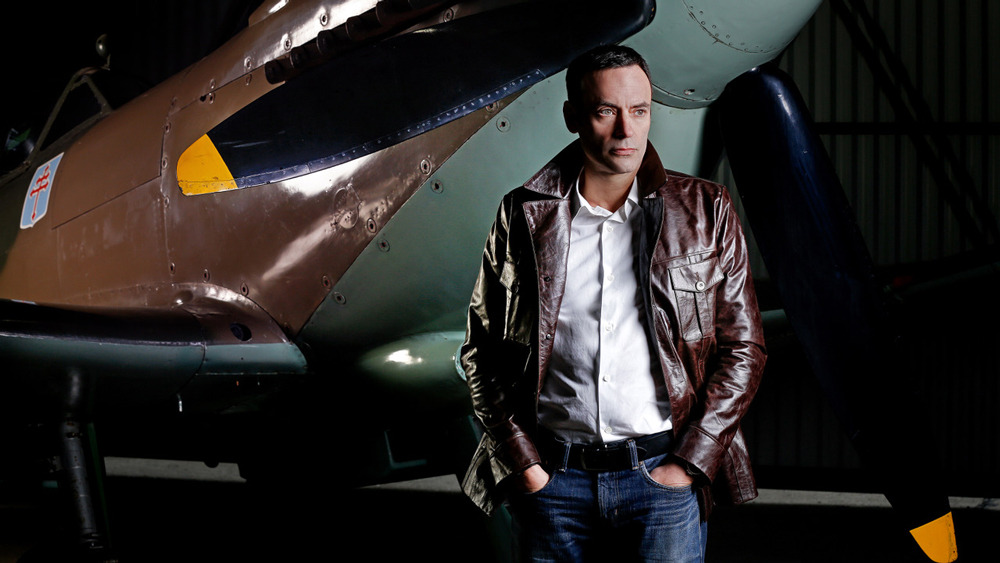 Anthony Delon, son of French film legend Alain Delon, has launched a collection of leather jackets inspired by his favorite film heroes – including a leather jacket with a shearling collar inspired by Harrison Ford’s character in Blade Runner and a sleek bomber jacket that borrows its style from a look Steve McQueen wore in The Thomas Crown Affair. Other pieces reflect Delon’s passion for aviation like the Maverick, a stylish chestnut brown leather Bombardier jacket in the style of those worn by French fighter jet pilots in WWII. Amelia Earhart is the icon behind the five women’s styles.

The Anthony Delon 1985 collection features 16-piece collection of silk-lined jackets that range in price from $1,700 to $2,260 for men’s and $1,400 to $1,600 for women’s in materials including lambskin, goatskin, and horn buttons. Delon said he wanted to keep the price as accessible as possible despite the high-end quality—the jackets are made by the same manufacturer as other big name luxury labels that command higher price tags.

This isn’t Delon’s first foray into menswear. He unveiled his first leather jacket collection in 1985, but after roughly a year and a half closed the business due to a falling out with his business partner. Over three decades later (and after pursuing an acting career of his own), Delon decided the time was right to create a new namesake line of leather jackets. Available exclusively in Paris at upscale retailers Printemps Haussmann and Montaigne Market through March, the collection will be sold internationally later this year.

Delon has had a few ups and downs over the years, so it was important to him that he perfect his business the second time around. “The older you get, the more important it is to keep standing up,” says Delon, 53. Just beneath Anthony Delon 1985 on the label inside the jacket is a 17th century Samurai proverb in Japanese, reflecting his current state of mind, that reads, “Fall seven times, rise eight.”