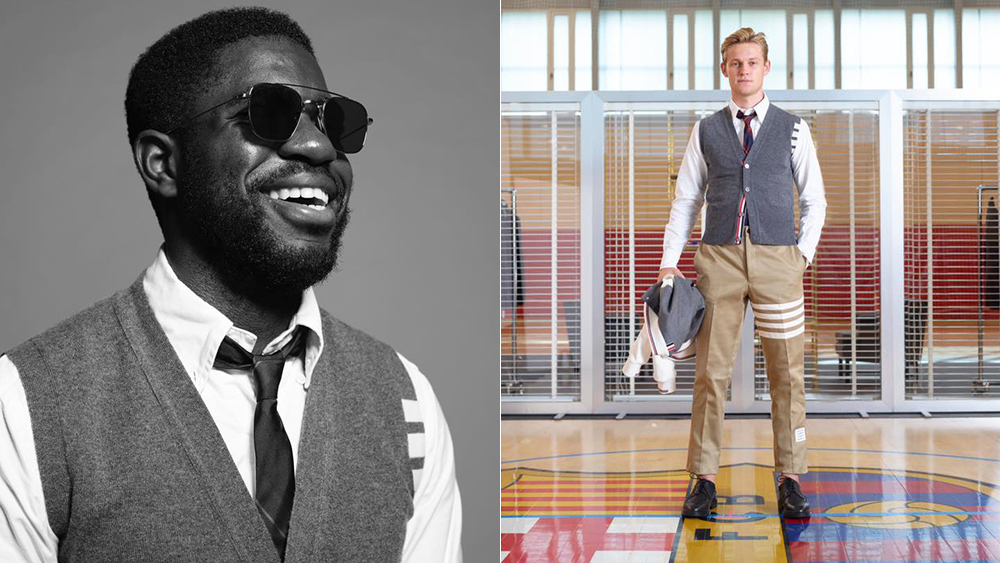 With some of fashion’s sharpest suiting and ready-to-wear to his credit, we imagine designer Thom Browne’s wares are goal-worthy for a lot of guys. But what’s a dream for some turns out to be the reality for others. For the second time, Browne was selected by FC Barcelona to make the team’s official off-pitch uniforms for away matches, and they’re every bit as good as you’d expect.

New and seasoned members of the team alike recently gathered at their training camp, Ciutat Esportiva, where Browne’s own crew conducted careful fittings for the kits in a mobile unit, per Highsnobiety. No mere trailer, in typical Browne fashion it was outfitted with the kinds of iconic Dunbar chairs, slender blinds and rakish bar carts you’d expect from a brand which has built its image on Mad Men-era style.

It all looks sharp, to be sure, and though designers have collaborated with everyone from car manufacturers to other sports teams over the years, Browne remains a notable choice for athletes across the world. He revolutionized menswear within a few short years of founding his brand in 2001, ushering in an era of more fitted silhouettes, some even shrunken, that would have been unthinkable before his time. That’s no small feat, considering shifts in menswear are usually measured in millimeters and not inches. Since then, Browne’s buttoned-up style has graced the backs of everyone from Lionel Messi to LeBron James.

Luckily for all of us viewers, the players are expected to wear the new digs throughout the 2019-2020 season, so you can expect it to be among the most sartorially elevated yet.